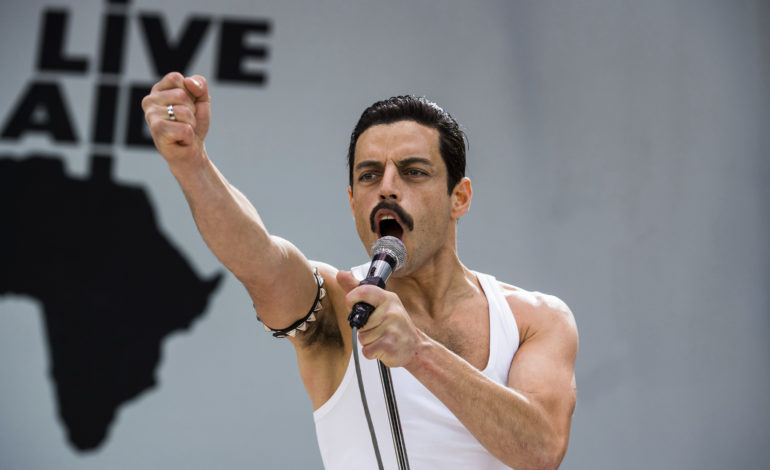 NEW YORK CITY — Rami Malek, who won the Best Actor Academy Award for his role in the Freddie Mercury biopic “Bohemian Rhapsody” earlier this year, told GQ Magazine that he’s been forced to walk around New York City in disguise due to the fame and overbearing attention that has resulted.

Malek, 38, said he can’t go out in public without being recognized. He told the magazine that he had an uncomfortable run-in with a drunk woman in the city who “had her hands all over my butt.”

“Can you not?” he asked her. Now, he walks around the city disguised in a hoodie to avoid attention.

“There are aspects of it that will take some getting used to that I don’t know if I’ll ever get used to,” he told the magazine.

“I appreciate a certain sense of solitude and anonymity that I’m going to try my darndest to hang on to. This will probably make it a little more difficult.”

Malek has seen his popularity skyrocket since playing the iconic lead singer of the classic rock band Queen. Prior to “Bohemian Rhapsody”, he was best known for starring in the USA Network series “Mr. Robot.”

Much like Mercury himself, who moved from Zanzibar to England at age 17, Malek has dealt with difficulties relating to his ethnicity.

While Mercury was teased often as a kid because of his original name, Farrokh Bulsara, people still stumble over Malek’s name, USA Today reported.

“One time during an interview on a red carpet, I saw it spelled out phonetically (on a teleprompter) as ‘Raw-meat,’” Malek said. “I thought, ‘You can do better than that.’”

Despite the difficulties, Malek has persevered in large part because of his confidence. While he studied theater at the University of Evansville in Indiana, he didn’t know how to sing, dance or play the piano, important skills needed for portraying the rock icon.

But in a six-hour meeting with producers Denis O’Sullivan and Graham King, Malek managed to convince them he was a great fit for the role.

“I said, ‘I’m going to tell you something that you’re probably not going to believe, but I bet you I can move like that dude,” he said. “Don’t ask me why or how, but my body moves in very mysterious ways.’