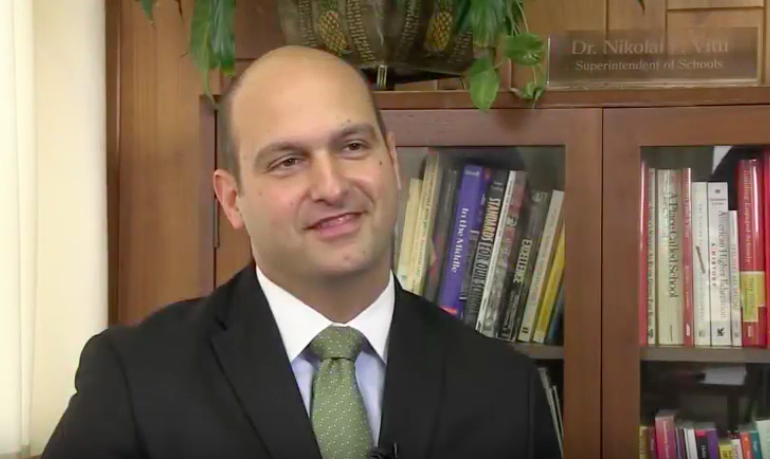 DETROIT — The superintendent of Detroit Public Schools has reassured parents and teachers that the district won’t allow immigration agents access to schools or campuses at a time when many are fearful of deportations and raids.

“Current ICE policy directs agency personnel to avoid conducting enforcement activities at sensitive locations unless they have prior approval from an appropriate supervisory official or in the event of exigent circumstances,” Superintendent Nikolai Vitti said according to the Detroit News.

“The locations specified in the guidance include schools, places of worship, and hospitals.”

The district is committed to protecting students’ right to an education regardless of their family’s immigration status, Vitti added.

The reassurance came last week, at a time when many immigrant parents are especially concerned. In Mississippi where 680 people were arrested last month, students have been staying home from school out of fear, educators say.

According to the News report, ICE spokesman Khaalid Wells said officials have not undertaken enforcement actions at Michigan schools and have no plans to do so.

“Regardless of what ICE may be allowed to do by law, it’s important to send a message to our students and say that we’re on their side, that this is a safe place because for them… there’s not a lot of places where we can say ICE can’t come in here,” said Nina Chacker, a teacher in the district who works with children who are deaf or hard of hearing. She added that the policy is “absolutely necessary.”

Vitti agreed, saying that the ICE raids are a topic of conversation in his district.

“We see this with our children, teenagers, parents. This is coming up time and time again,” Vitti said. “If you’re not close to (the immigration issue), it seems like an abstraction, but if you are, it’s a real threat and many Americans don’t understand.

“We took a stance because students should be able to be themselves regardless of race, religion, gender, sexuality and status.”

A meeting was held by the district on August 27 to explain the new sanctuary policy and gain parents’ trust. Translators were available for the five most common languages in the district other than English: Arabic, American Sign Language, Bengali, Hmong and Spanish.