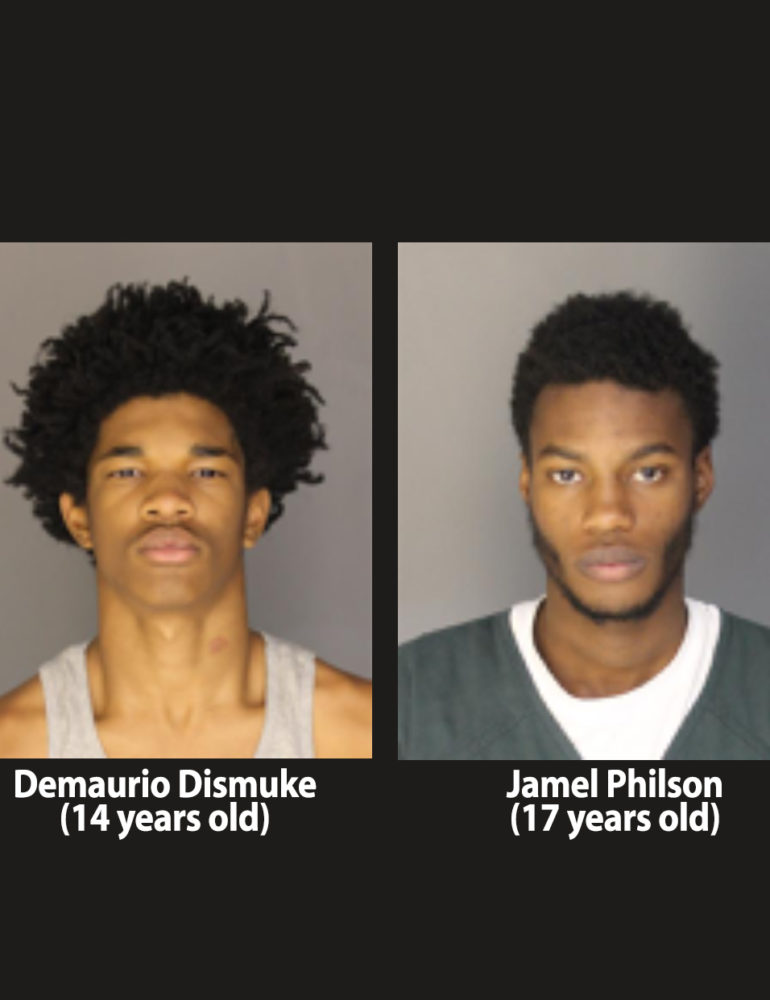 DEARBORN — Three teenagers are in custody in connection with the September 6 fatal shooting of 29-year-old Iraqi American Saja Al-janabi in Dearborn.

The Arab American News was first to break the news in a Facebook alert on Wednesday night when it learned from multiple sources that a 14-year-old was arrested as a suspect in the slaying of Al-janabi and armed robberies in the nearby area of Steadman and Morross that occurred on the same night.

In a press conference Thursday afternoon, Dearborn Police Chief Ron Haddad confirmed that two other arrests were made. The three suspects, age 17, 14 and 13, were all apprehended at Nardin Park.

Full coverage of the conference is available on the Sada alwatan Facebook page.

According to Dearborn Police, officers responded to the shooting on Bingham Street as they were responding to a call about an armed robbery on the 7000 block of Steadman, about 13 blocks away.

The armed robbery victim on Steadman was unharmed and told officers that she was robbed at gunpoint by two males who fled on foot.

Al-janabi was shot as she was pulling up to her family’s home on Bingham. Her purse was taken. 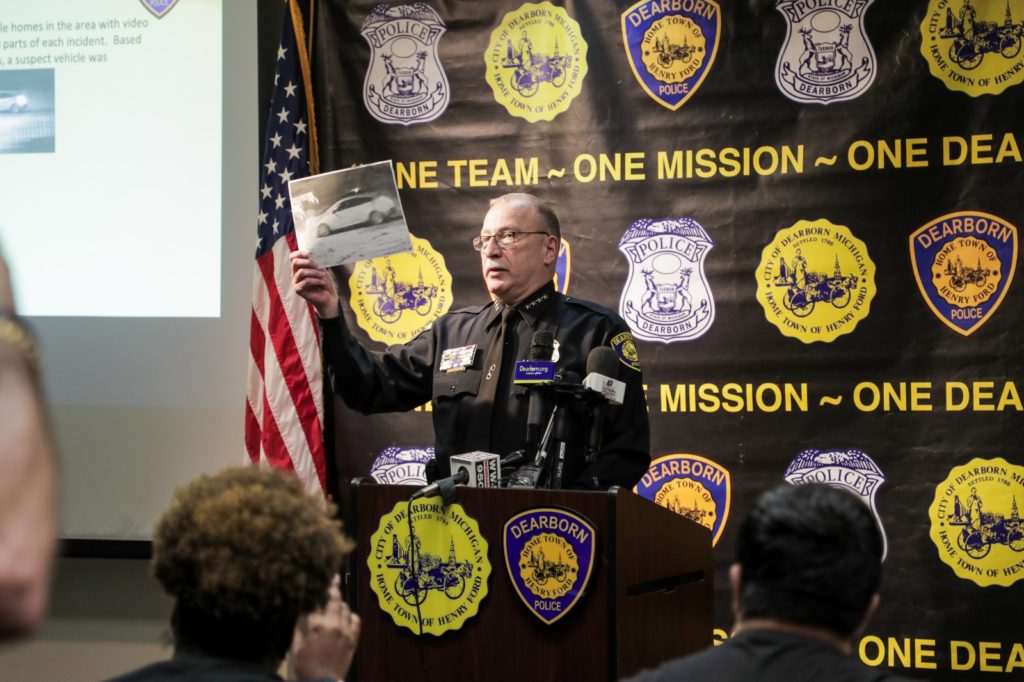 Dearborn Police Chief Ron Haddad holds a photo of a vehicle believed to have beeninvolved in the shooting of Saja Al-janabi and in two other incidents. The Arab American News was the first to report details of the arrest on Wednesday night. All photos: Imad Muhammed/The Arab American News

While on the scene on Bingham Street, officers were told by a male resident that he saw the two males running from the area. They fired at least one shot at him. The resident was unscathed.

On Saturday, police were able to locate and arrest the occupants of a vehicle identified in neighborhood surveillance videos.

Eventually, probable cause was established, linking the three suspects to the crimes. The Detroit Police Department and federal agencies assisted in the arrests.

The 17-year-old is being treated as an adult while the others are considered minors.

Haddad told reporters, family and community members at the conference that his department was thorough, deliberate and vigilant when the first call about the robbery came in.

“To say that this case is complicated is an understatement,” he said. “I can tell you that from the inception, we used every resource of our police department.

“Our evidence technician and crime lab (arrived) at the scene almost immediately, continued to work through the weekend and still continue to work very hard today to analyze evidence, video, locations (using) technology that’s way over my head.”

He said the three incidents were all random acts of violence.

Police initially arrested five people, though only three of them were deemed responsible for the crime.

Haddad also said his department knew of the three suspects, but had to follow procedure and a strict and fragile timeline to be able to make arrests and bring the minors to juvenile court before disclosing the information.

The suspected vehicle was retrieved on Saturday after it ran a red light and crashed into another car in the area of Grand River Road and Evergreen Road in Detroit. The vehicle’s occupants attempted to flee but were apprehended.

The 17-year-old was arrested in this incident.

On Monday at 5:30 p.m., the 14-year-old and another person (believed to be the 13-year-old) were taken into custody at Nardin Park, near Grand River Road and Livernois Road. Haddad said the incident was not eventful and the 14-year-old was not armed, although a weapon was found at the scene.

On Wednesday night, The Arab American News was informed that the 14-year-old suspect had an electronic tracking device issued by Wayne County authorities.

Haddad said his department is confident about who the shooter was in the Al-janabi case.

On September 13, the three suspects were arraigned on multiple felony charges including Homicide and Armed Robbery from the incidents that occurred on September 6. The three appeared in front of the Judge Somers of the 19th District Court.

If convicted, the adult designation allows the judge to sentence the 13-year-old defendant as a juvenile, or an adult, or to fashion a blended juvenile and adult sentence.

All three suspects were remanded into custody with no bond.

“This type of violent behavior will not be tolerated in Dearborn,” Haddad said. “Our officers’ quick response and thorough investigation led to the arrest of three dangerous suspects.

“We will continue to work to prevent these types of behaviors that endanger our community. The Dearborn Police Department and the City of Dearborn wish to extend their condolences to the families that are involved in this horrible tragedy.”