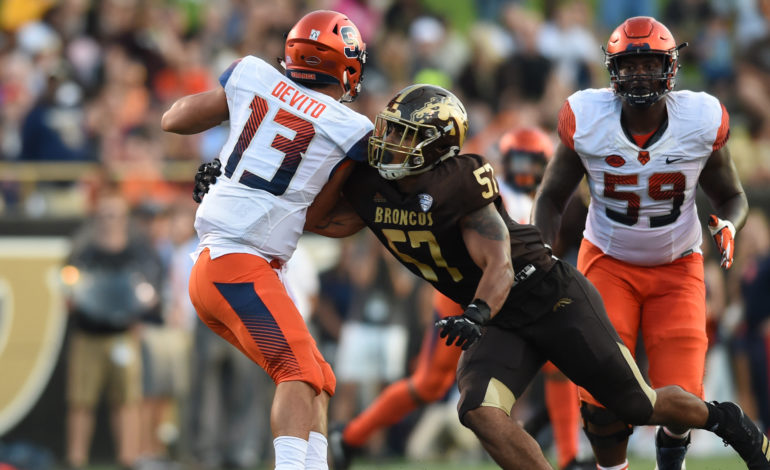 For Fayad, football is more than just a sport: It's a way of life.

KALAMAZOO — The state of Michigan is home to several high level college football programs beyond the usual suspects Michigan and Michigan State, and the Western Michigan University Broncos are certainly among them.

The school, which currently plays in the Mid-American Conference against other Division I colleges from the Midwest, including Central and Eastern Michigan Universities, has played 58 seasons in its history and made it to bowl games four of the past six years, hitting its peak in 2016 with a 13-1 record.

The Broncos have churned out eight NFL draft picks since 2016, including multiple standout defensive players.

Next in line could be former Dearborn Pioneer Ali Fayad, a Lebanese American who joined the Broncos in 2017, playing in 12 of 13 games while starting three of them.

From there, Fayad’s confidence began to grow.

The exercise science major and star 6’2″, 255 lbs. defensive end started 12 games as a sophomore, leading WMU with 7.5 sacks and 12 tackles while forcing four fumbles and earning and earning his second varsity letter.

Last Saturday, he got a taste of what life in the NFL could be like as he took on in-state power Michigan State University, notching three tackles, including one tackle for loss.

“It was fun,” Fayad said. “This was my second time playing against MSU and this time I played better than my first game. It was a big game, the biggest crowd so far this season.” 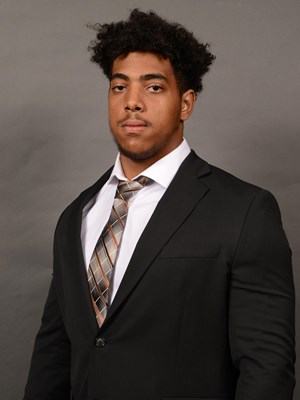 Ali Fayad joined the Broncos in 2017, playing in 12 of 13 games while starting three of them

Unfortunately the Broncos lost 51-17, suffering their first defeat of the season. But Fayad is already looking forward to the next game.

For Fayad, football is more than just a sport: It’s a way of life. He began taking it seriously after his freshman year at Dearborn High

“We will bounce back, we know we will,” he said. “Defensively we have to step it up, too. We’ve got a big game against Georgia State (this Saturday) and we’re excited about that.”

For Fayad, football is more than just a sport: It’s a way of life. He began taking it seriously after his freshman year at Dearborn High, getting together with some good friends and working “really hard in the weight room.”

Fayad didn’t always know he had the gifts he does now, but they came to him naturally after countless hours on the practice field.

“One day in high school in practice, we just started doing pass rushing drills; I started doing spin moves, double swipes, dipping the edge,” he said. “Just knowing I can do it, I work on my craft every single day to be the best. I know I can be better and better.”

Western Michigan Coach Tim Lester came to visit him just a couple weeks before National Signing Day and offered him a scholarship after a senior year that saw him lead the state with 21 sacks.

“I took a visit to Western and fell in love ever since,” he said.

Fayad said he loves not only his chosen sport, but also student life.

“I fell in love with the campus, everything really, the people, my teammates, the city around me,” he said. “There’s not a lot of MAC schools where the football games are always packed every game, it’s a great atmosphere that makes you want to play ball.”

Fayad, who is now majoring in business, shared a few words of advice for young athletes coming up in Michigan hoping to attract scholarship offers from colleges.

“Keep working hard and loving the sport,” he said.

“You have to enjoy what you’re doing. Don’t worry about the offers; all you need is one. Take the opportunity, make the most of it and work hard.”