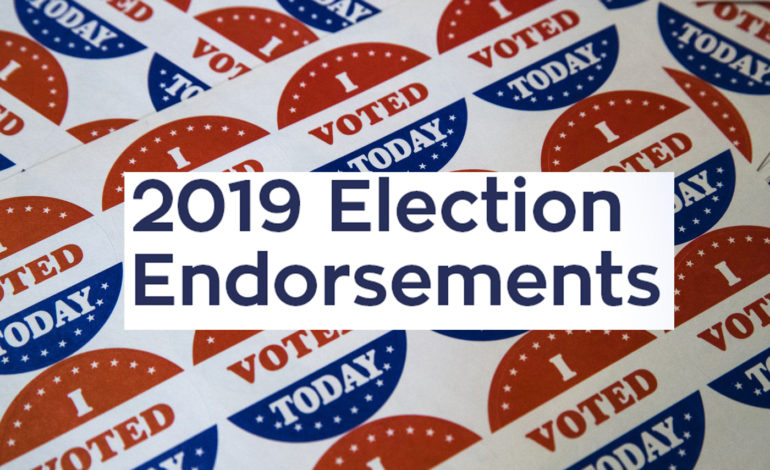 The following editorial is a collaboration between our newsroom and our editorial board:

Voters from Dearborn, Dearborn Heights, Inkster, Hamtramck and many of the surrounding communities in Southeast Michigan will go to the polls this Tuesday to exercise their constitutionally protected right and to perform their duty of voting on issues and selecting candidates that will have a direct impact on their lives and the lives of their families and the future generations. We like to think that for most, this democratic exercise is in service to a brighter future for themselves and their loved ones.

Every election season over the last 35 years has seen a set of endorsements from The Arab American News. Twenty-two of those years have been in conjunction with the Arab American Political Action Committee’s (AAPAC) own endorsement list, as we truly believe in that organization’s selection process, which is collective, fair, open and transparent. AAPAC  for the last 22 years and The Arab American News for the last 35 years of their existence never took lightly a decision that significantly affects our communities politically, economically, socially and educationally. Every decision is made with the interests of the community and the society at large first and foremost.

In addition to AAPAC’s selection process, which we monitor, we also have our own process. Just this year, we ran numerous profiles and features on candidates in various cities and issues relevant to our  communities and the future generations. Our readers may have noticed that we have branched out to cities lesser known to the Arab American community. This is for the simple reason that cities like Inkster now have their own growing Arab American populations, injecting fresh economic activity and social energy into their new homes.

It may appear to some that this is an “off” year for elections. It is not a presidential or gubernatorial election year. Needless to say, many voters in Metro Detroit will not be lining up to vote for their next congressional representative, mayors, sheriffs, let alone the nation’s president. Instead, they will find on the ballot candidates for their city council members, bonds, millages and in some cases mayoral candidates. A ballot that indicates they’re voting in a very “municipal” election.

We would argue, like the late Tip O’Neill would, that all politics is local. This is why we cannot emphasize enough the importance of your local elections. A school bond can ensure your children have access to safe and quality education. A city council member can bring you hope that your voice will be heard in debates around issues that have deep and lasting effects on your community and neighborhoods.

Many countries around the globe, some close to our hearts, are at this very moment fighting for fair and equal representation. Their citizens are literally dying to have the right to vote in a free and fair election. Don’t take this right for granted. In America, you have the privilege to do that in every election. As the world sets its eyes on impeachment and its ears to the drumbeat of war, do not forget your local elections! It is very important. Take few minutes and vote on Tuesday, November 5.

We urge you to support our endorsed candidates and proposal. Here is a list of our endorsements: