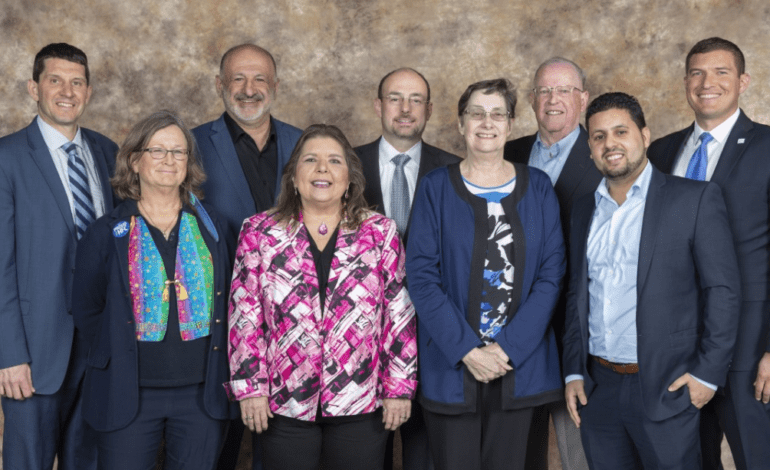 DEARBORN — Dearborn Schools Superintendent Dr. Glenn Maleyko took time out at the January 13 School Board meeting to thank the trustees for their service to the community, recognizing them for Board Appreciation Month.

“On behalf of our students, staff and community, I would like to thank our board trustees for their enduring dedication to public education,” Maleyko said. “As superintendent, I truly appreciate the diversity of experience and the professionalism this group of trustees brings to the table. They are very knowledgeable about the workings of our district and the latest issues impacting education.”

School Board members in the city develop policies and make the decisions that shape the future of the district, which is the third largest in the state of Michigan with an annual budget of more than $220 million, an enrollment of almost 21,000 students and 2,700 employees working in 34 buildings. They also serve as trustees for Henry Ford College, a rare dual responsibility in their field that includes the responsibility of attending twice the number of meetings.

“I have worked with them this past year on several important projects, including the renewal of our strategic plan, budget planning for the 19-20 school year and most importantly addressing our infrastructure and capacity needs that ultimately led to the bond proposal this past November,” Maleyko said. “Although the outcome of the election was not favorable, the board did a tremendous amount of work providing leadership throughout the entire process leading up to and during the bond campaign. I look forward to continuing that work as we move forward to develop a modified plan.”

New officers were also appointed at the meeting, the first of the calendar year. Hussein Berry was named president; Jim Thorpe, vice president; Mary Lane, secretary and Roxanne McDonald, treasurer. Trustee Mary Petlichkoff was given an honorary gavel to commemorate her service as School Board president last year.

Berry has served on the board for eight years and was reelected in November 2016 to a term which will last through 2022.