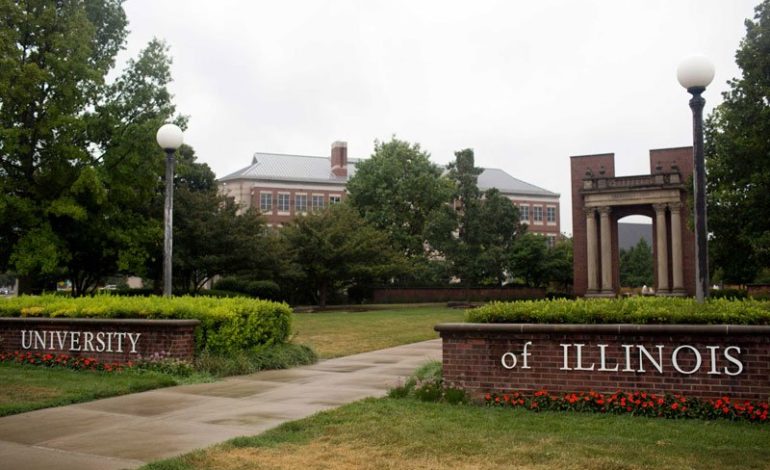 The University of Illinois at Urbana-Champaign. Photo via Chicago Crain's Business

CHAMPAIGN, IL — The student government at the University of Illinois at Urbana-Champaign (UIUC) passed a Boycott, Divestment and Sanctions (BDS) resolution in the early morning hours on Thursday, February 13, calling for the university to divest from companies that do business with Israel.

After more than six hours of debating, the final vote concluded at 20 in favor and nine against, with seven abstentions.

The resolution was titled “Condemning Ignorance of Racism and Equating Anti-Zionism and Anti-Semitism” and was co-authored by Dunia Ghanimah, president of the university’s chapter of Students for Justice in Palestine (SPJ). The resolution had 22 sponsors, including Academic Affairs Chair Sihah Reza.

It faced opposition from others who crafted an amendment to take out all references to Israel. But the amendment failed by a vote of 11 in favor, 22 against and six abstentions, according to a report from the Middle East Monitor.

The resolution also aims to prevent the university from associating with firms that provide weaponry and technology to U.S. Immigration and Customs Enforcement (ICE).

Companies named in the resolution including Elbit Systems, Northrop Grumman and Raytheon, the latter of which is named for its involvement in “human-rights violations and violations of international law, including the confiscation and destruction of Palestinian lands, criminalization of immigrants and communities of color and other human rights violations”, which therefore “make UIUC complicit in these crimes,” the resolution states.

Elbit Systems sells weapons to the Israeli military for use in attacks against people in occupied Palestine and also supplies surveillance technology used along the U.S.-Mexico border.

The goal of the BDS movement is to financially pressure Israel into ending the occupation of the Palestinian territories and to allow for full equality of Arab-Palestinian citizens.

But the movement has been attacked by some critics despite Israel’s continued activities, which include the ongoing building of internationally illegal settlements on Palestinians’ land, as well as its expansive system of military-style checkpoints that make everyday life exceedingly difficult and dangerous for Palestinian citizens.

The resolution, as is the case with all similar ones passed by student governments, is non-binding. Such resolutions are typically passed as a means of opening up a broader conversation within each university’s student body and administration.

University of Illinois officials have said they do not plan to act on the resolution, as is usually the case, much to the chagrin of those who feel their concerns are not being heard.

“ISG resolutions are non-binding, and the university has no plans to act on this one,” the university stated. “We are committed to dialogue and to supporting students as they navigate challenging conversations about diversity and inclusion, and we will continue to plan programming designed to build understanding of different perspectives on complex and divisive issues.”