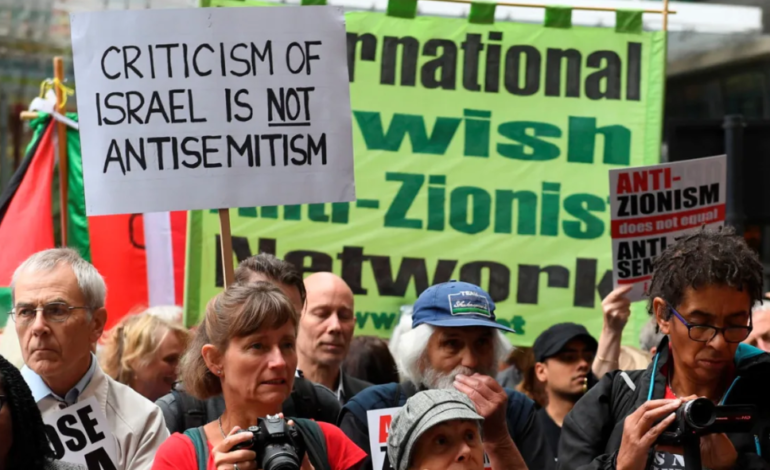 WASHINGTON, D.C. — A new poll conducted by The Washington Report on Middle Eastern affairs has found that American attitudes toward Zionism, U.S. aid to Israel, the BDS movement and other similar topics are generally not in line Trump administration policies.

The representative poll of 1,790 American adults was taken through Google Surveys from March 5-7 of this year.

The poll also found that most Americans don’t self-identify as a Zionist (70.3 percent).

About half of Americans polled said they believe anti-Zionism is not a form of bigotry, in stark contrast with a statement made by Vice President Mike Pence on March 2 at the American Israel Public Affairs Committee (AIPAC) during which Pence proclaimed, “It is the position of the United States government that anti-Zionism is anti-Semitism”, a line that received thunderous applause.

The poll also found that majorities of Americans consistently oppose U.S. aid to Israel, government crackdowns on student human rights protests (58.8 percent) and bans on boycotts of Israel (74.9 percent). Altogether, 68.8 percent would not personally accept the terms of the Trump Middle East “Deal of the Century” as well.

Pence says Sanders would be “most anti-Israel” president ever

Also at the conference, Pence called Democratic candidate Bernie Sanders “the most anti-Israel president in the history of the nation.

“The most pro-Israel president in history must not be replaced by one who would be the most anti-Israel president in the history of this nation,” Pence said to raucous applause, with some standing and cheering. “That’s why we need four more years of President Trump in the White House.”

The conference said that 18,000 people were in attendance, but Sanders and former candidate Elizabeth Warren did not attend.

“Israel, I think, has to stop the threats of annexation and settlement activity, like the recent announcement to build thousands of settlements in E1,” Biden said referring to Prime Minister Benjamin Netanyahu’s announcement last week ordering promotion of a plan for some 3,500 homes in the controversial corridor between East Jerusalem and the West Bank Israeli city of Ma’ale Adumim.