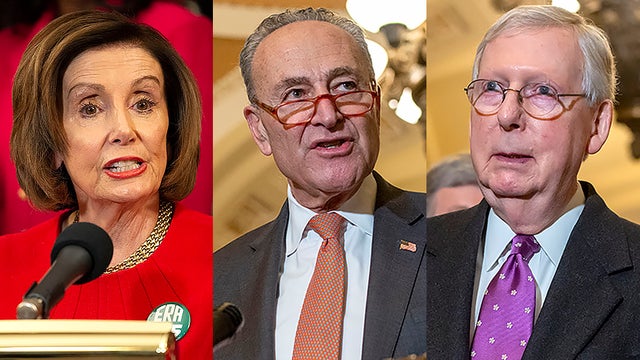 WASHINGTON, D.C. — The U.S. Senate unanimously approved a $2 trillion coronavirus stimulus bill on Wednesday after days of bitter negotiations that led to compromise from both sides of the aisle and a 96-0 final vote.

The vote happened as the United States passed China for having the most coronavirus cases in the world, with more than 82,000 cases and more than 11,000 deaths as of early Thursday evening.

The bill is aimed at mitigating the crisis by helping unemployed workers and industries hurt by the coronavirus pandemic, and by providing billions of dollars to buy urgently needed medical equipment, among its many provisions.

The rescue package would be the biggest ever passed by Congress and includes a $500 billion fund to help hard-hit industries as well as a comparable amount for direct payments of up to $3,000 apiece to help millions of U.S. families.

The bill is expected to be put to a voice vote on Friday and is expected to pass. The move is being undertaken so that representatives do not have to return to Washington. Many are in self-quarantine and their states have been issued stay-at-home orders.

Despite the upbeat mood surrounding the passage of the bill, many Democrats have criticized it for being too much in favor of corporations.

Rep. Alexandria Ocasio-Cortez (D-NY) called it “a historic corporate giveaway” on Twitter while New York Governor Andrew Cuomo criticized it, saying the $3.8 billion allocated to his state, which accounts for nearly half of all U.S. coronavirus cases, would not cover the tax revenue it will lose from reduced economic activity.

“We (Congress) do have to do more, but that would be no reason to stop this step that we are taking,” Speaker of the House Nancy Pelosi (D-CA) told CNN.

The money at stake represents nearly half of the $4.7 trillion the U.S. government spends annually.

“Our nation obviously is going through a kind of crisis that is totally unprecedented in living memory,” McConnell said shortly before the vote’s passage, according to Reuters.

Many Americans are expected to receive a $1,200 stimulus check within the next three weeks, according to Treasury Secretary Steven Mnuchin.

Couples may get up to $2,400, but not everyone will receive a check as it is based on each person’s adjusted gross income listed on their most recent tax return. Those earning more than $75,000 as an individual will not be eligible.

Despite the United States’ growing numbers of coronavirus cases, President Trump is still pushing for a possible return to work for many Americans by Easter Sunday, which falls on April 12 this year.

Trump said he plans to utilize data to determine social distancing and other mitigation measures by county.

“This is what we envision: Our expanded testing capabilities will quickly enable us to publish criteria, developed in close coordination with the nation’s public health officials and scientists, to help classify counties with respect to continued risks posed by the virus,” he wrote in a letter on Thursday.

“My administration is working to publish new guidelines for state and local policymakers to use in making decisions about maintaining, increasing or relaxing social distancing and other mitigation measures they have put in place,” Trump also said as part of the letter, which followed a video conference with governors from the White House.

Despite the growing outbreak, parts of the U.S. may be able to relent on social distancing practices that have crippled the economy in recent weeks, according to Anthony Fauci, the director of the National Institute of Allergy and Infectious Diseases.

“There are places in the country now where you want to look at carefully and say, ‘you know, maybe you want to pull back a little bit on the restrictions’, so long as you don’t just say, ‘let it rip’ and say ‘I don’t care what happens,’” Fauci said in an interview on Thursday, conducted by NBA star Stephen Curry on Instagram.

Centers for Disease Control and Prevention Principal Deputy Director Anne Schucha warned in an interview that relenting on social distancing risks outbreaks in new parts of the country, however.

“It would be surprising to me, based on what I’ve seen about how this virus spreads, if it were not going to increase in many other parts of the country,” she said in an interview with The Hill. “I would be very reluctant to let up on measures in the nation as a whole. There are probably geographies where the virus hasn’t yet arrived in great force, but where the healthcare system needs to be prepared for it.”

Many governors and public health authorities have warned that Trump’s plans to see social distancing relaxed and to re-open the economy by Easter Sunday is too ambitious and capable of causing many more American deaths, however.

The World Health Organization has warned that the U.S. may become the new epicenter for the global pandemic.

White House counselor Kellyanne Conway said on Fox News on Thursday that Trump is using Easter “as an example” and that he is “listening to his health professionals.”

“I’ll be listening to them and others we have who are doing a good job,” Trump said.

Fauci said that more areas around the country should practice additional testing in addition to quarantining those who have symptoms of the virus.

“The testing situation is infinitely better than what it was a few weeks ago,” he told NPR. “We now have hundreds of thousands of tests out there. And in the next week or so, we’ll be having like a million a week. In the beginning, it was a slow start.”