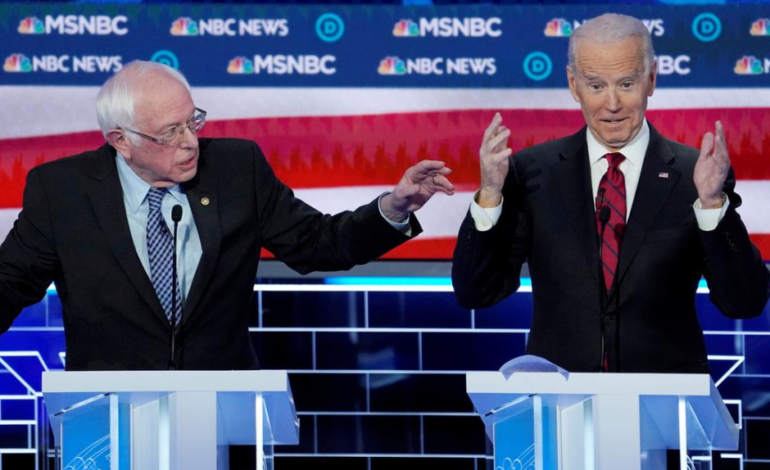 The announcement happened unexpectedly during the former VP’s livecast, during which Sanders delivered his endorsement. Sanders suspended his campaign last week, and said he needed everyone to back Biden to make sure that Republican opponent Donald Trump becomes a one-term president.

“Today, I am asking all Americans — I’m asking every Democrat; I’m asking every independent; I’m asking a lot of Republicans — to come together in this campaign to support your candidacy, which I endorse, to make certain that we defeat somebody who I believe is the most dangerous president in the modern history of this country,” Sanders told Biden.

“I will do all that I can to see that that happens, Joe,” Sanders pledged according to a report from Politico, after calling Trump a racist, a sexist, a xenophobe and a religious bigot who botched the nation’s initial response to the coronavirus pandemic.

“I want to thank you for that. It’s a big deal,” Biden said. “Your endorsement means a great deal, a great deal to me.”

The two political leaders pledged to form six task forces to advise the Biden campaign on policy to bridge divides with progressive voters, especially young people who voted for Sanders and against Biden in large numbers. The proposed task forces include ones concerning the economy, education, criminal justice, immigration, climate change and healthcare.

The two spoke several times leading up to Sanders’ exit from the race, including Wednesday, when Sanders formally ended his campaign. Advisers from both camps have been speaking regularly.

During the call, Sanders and Biden criticized Trump while Biden reiterated his support for a $15 minimum wage. Sanders reminded Biden of the need to offer free college tuition.

According to Waleed Shahid, a spokesman for the progressive group Justice Democrats, the announcement of the two candidates teaming up is a positive for young progressives.

Shahid said Sanders’ endorsement, “generally seems more significant than anything Bernie 2016, Kucinich 2008, Dean 2004, Jackson 84-88 received directly from the nominee. (It) points to young people and progressives being taken more seriously as a key force within the Democratic Party.”

According to a report from Reuters, Trump’s reelection campaign used Sanders’ endorsement to argue that Biden had moved too far to the left.

“This is further proof that even though Bernie Sanders won’t be on the ballot in November, his issues will be,” Trump’s campaign manager Brad Parscale said in a statement.

Also according to Reuters, Biden has made what the organization calls “a clear bid to woo Sanders’ supporters”, endorsing more progressive initiatives including expanding access to Medicare, forgiving some student debt and making public colleges free for families making $125,000 or less.

Biden’s campaign has also reached out in recent weeks to progressive groups, including the Sanders-endorsing Working Families Party to court their support.

Despite the changes, some progressive and Democratic organizations remain skeptical of Biden’s ability to reach young voters, including Sarah Audelo, executive director of Alliance for Youth Action.

“We need to see the vice president making a real effort to bring young voters in,” she said. “It becomes a self-fulfilling prophecy when candidates say young people won’t vote and then fail to target them.”