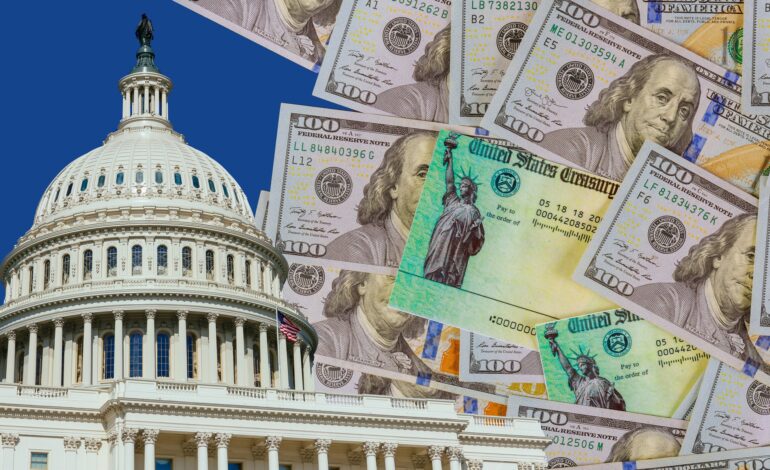 WASHINGTON, D.C. — The U.S. House of Representatives passed a bill this past Friday which provides for a second round of stimulus checks dubbed “The Heroes Act.” The bill must next be approved by the Senate.

Meanwhile, a meeting was expected to be held on Tuesday by Vice President Mike Pence to discuss “economic impacts of the coronavirus” with Treasury Secretary Steven Mnuchin, Senate Majority Leader Mitch McConnell (R-KY) and others.

McConnell originally said that would be bill would be dead on arrival in the Republican-controlled Senate and ripped the bill in a series of tweets on Friday, calling it an “1,800 page wish list of liberal absurdities. ”

Despite his opposition, a revised bill is expected to eventually pass, granting another round of stimulus checks to millions of Americans, along with support for the industries hardest hit by the impacts of the coronavirus and economic shutdowns.

“I’m certainly not ruling out another fiscal package and I would say the chairman of the Fed and I and the administration are not necessarily in different places,” McConnell said, referencing comments from Federal Reserve Chairman Jerome Powell, who said additional spending could be “costly but worth it.”

The current bill also offers a host of other investments, including $200 billion in hazard pay for essential workers, six more months of COVID-19 unemployment payments, housing and food assistance, money for the struggling United States Postal Service and more.

The second stimulus check is expected to be for $1,200 if the bill passes, the same amount as the first round of checks sent to aid the millions of unemployed Americans during the coronavirus crisis.

Individuals would receive $1,200, while married couples who file joint tax returns would get $2,400. Children (up to three) would also get the $1,200 amount as opposed to the $500 they received the first time around. In this case, a family of five could get a maximum of $6,000.

Those who earn more than $75,000 would receive reduced dollar amounts until it all phases out completely for individuals above $99,000 and married earners above $198,000, according to the bill’s current incarnation.

Previous reports of possible $2,000 stimulus check are said to be off the table for now, Forbes.com reported. The text of the bill can be read here.