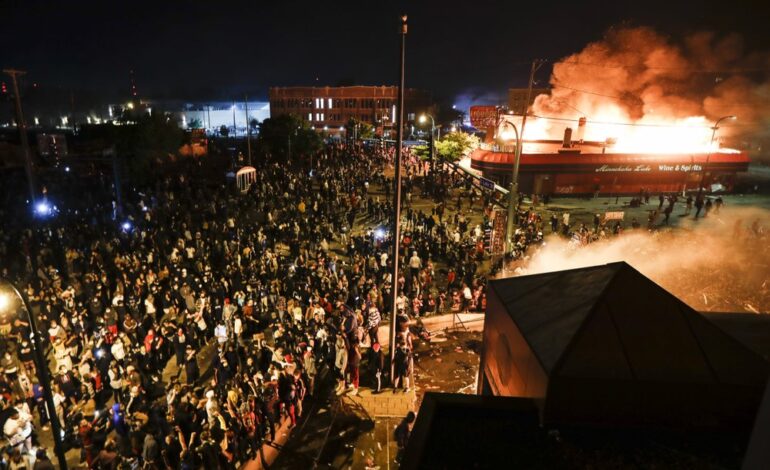 Protestors gather outside of a burning Minneapolis Third Police Precinct, Thursday, May 28. The city has seen three nights of fiery protests over the death of George Floyd, a black man killed by a police officer on Monday. Photo: AP/John Minchillo

Minneapolis — The city of Minneapolis has been plunged into rioting this week after video of the killing of George Floyd by a police officer circulated widely. Outrage over police brutality culminated into three days of demonstrations that by Thursday night set the city ablaze.

Late Thursday, the Third Precinct was broken into and set on fire, the staff evacuated. The National Guard was called in, with President Trump lashing out at protesters and the city’s mayor over Twitter. Looting and fires spread to neighboring St. Paul with more than a 170 business looted or damaged in that city alone.

The same precinct has been the site of a standoff between protestors and police on Wednesday, as cops shot rubber bullets and tear gas from its roofs at an angry, growing crowd. A full blown riot would soon break out, spilling on to streets and neighboring blocks.

Fires were set in major businesses, looting occurred at more. Some store owners took to shooting at looters, at least one fatality from gun-shot was reported on Wednesday. A woman’s dead body was found early Friday night, with signs of trauma.

Suspecting another day of tension, Minneapolis officials ordered the building evacuated early on Thursday. The mayor took to cameras to say that he stood by his police and fire departments but that the building had to be emptied and saving it wasn’t worth the potential of lives lost.

At the epicenter of the chaos is the Arab American-owned convenience store Cup Foods, whose employees called Minneapolis PD on Floyd, after he bought a pack of cigarettes with a counterfeit $20 bill last Monday. The owner, Mahmoud Abumayyaleh, said he was not present at the scene and only heard of the incident over the phone with his staff, who tried to intervene when they saw Floyd struggle for his life.

Abumayyaleh told the Sahan Journal that Floyd continued to linger outside, which is when his staff called 911. He told a local CBS affiliate that Floyd was confronted outside in his car and that he apologized and gave the cigarettes back. The Arab American News has not been able to contact the store’s owners or staff, as most business have been closed for the past few days.

Abumayyaleh said that he does not condone Minneapolis Police officer Derek Chauvin’s brutal treatment of Floyd. CAIR-MN, the Minnesota chapter of the Council on American-Islamic Relations, has spoken in support of the Abumayyaleh family, as have the store’s long time neighbors.

Abumayyaleh has said he wants justice for the murder of Floyd, an end to police brutality and has offered to pay for Floyd’s funeral. Floyd was killed when Chauvin pressed his knee against his neck while making an arrest, even as he pleaded that he could not breathe. 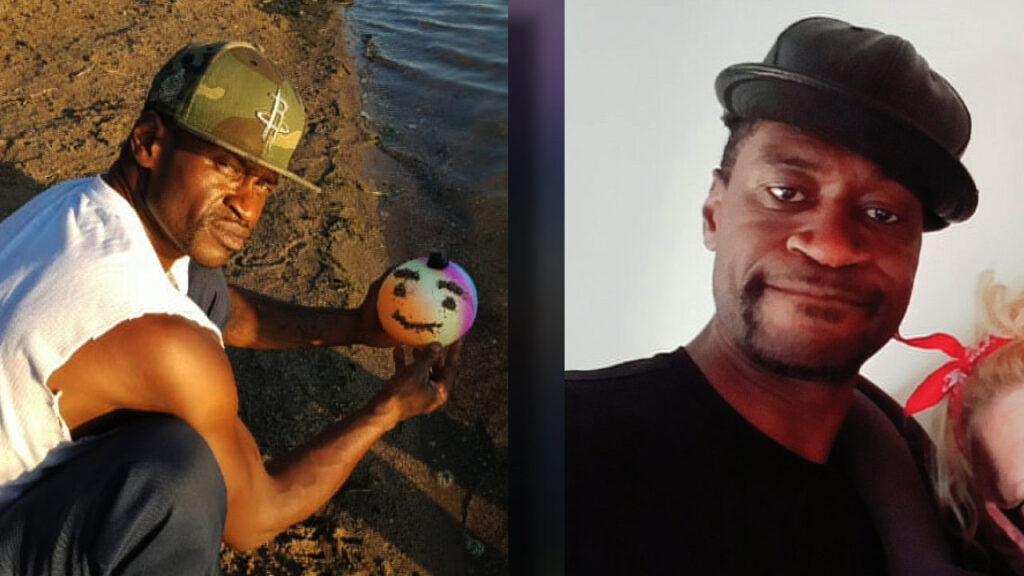 46-year-old George Floyd was a father of two daughters, worked in security and as a truck driver. Photo courtesy: CBS

Chauvin and three other officers were fired over the incident, although no charges against them have been brought up at press time, with county attorney saying they need to follow the evidence further. Surveillance video from Cups Foods shows that Floyd was not resisting arrest. Chauvin had 18 prior complaints against him with MPD internal affairs.

Early on Friday, Minnesota Department of Public Safety Commissioner John Harrington announced that Chauvin has been taken into custody by the Minnesota Bureau of Criminal Apprehension. Charges against him have not been announced, though more updates are expected. Hennepin County Attorney Mike Freeman has announced at a press conference at 2 p.m. ET that Chauvin has been charged with murdered and manslaughter.