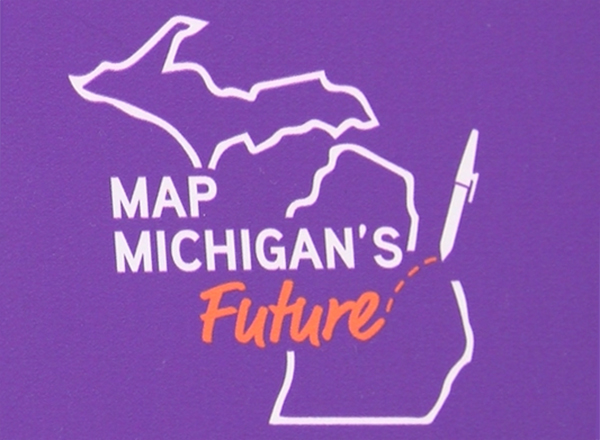 LANSING — The Michigan Department of State (MDOS) processed more than 6,000 applications for the state’s new Independent Citizens Redistricting Commission by June 1, the last day to notarize and submit an application.

The MDOS also translated the application into three different languages and held two periods of public comments along with other promotional events. Information on where to get applications notarized online during the COVID-19 pandemic was also provided. 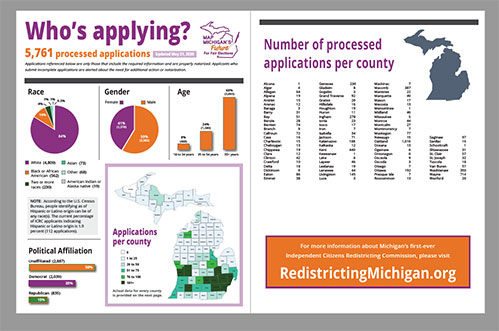 “Our goal during this first phase of the process was to ensure every Michigander knew about this opportunity to be a part of our state’s history and had the information and resources they needed to apply,” Secretary of State Jocelyn Benson said. “The sheer volume of applications we’ve received tells us we were incredibly successful in achieving that goal.”

Now, a random selection of 200 semi-finalists is to be conducted by Rehmann LLC, an independent accounting firm. The selection process will weigh in demographic and geographic data. The applications of the semi-finalists will be posted online and delivered to legislative leaders by the end of June, who will get to remove up to 20 applications per the Michigan Constitution. The final selection for commissioners will be held in August.

“The support we’ve seen from the public for Michigan’s new redistricting commission is phenomenal,” said Nancy Wang, executive director of Voters Not Politicians, the group that led the campaign to pass the 2018 ballot proposal to create the commission. “Thousands of Michiganders have signed up to be part of this historic process and the size and diversity of the applicant pool sets up the Commission to reflect the demographic and geographic diversity of our state.”

After the selection process, the final 13 commissioners  will comprise four who affiliate as Republicans, four who affiliate as Democrats and five who affiliate with neither major party. The 13 finalists will be randomly selected from the semi-finalist pool by September 1. A full timeline of constitutional requirements can be found here: https://votersnotpoliticians.com/redistricting/fulltimeline/