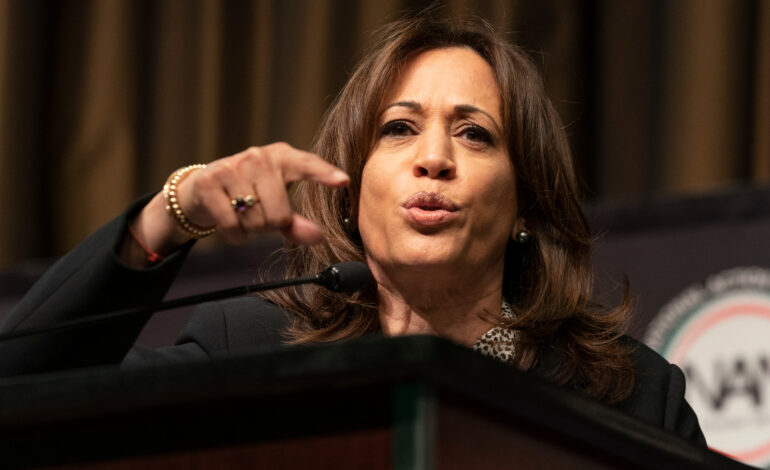 WASHINGTON, D.C. — A new police reform and accountability bill introduced on Monday aims to increase the investigative powers of the regional and federal government in cases of police misconduct. The Justice in Policing Act of 2020 has been introduced by the Congressional Black Caucus Chair Karen Bass (D-CA) and House Judiciary Committee Chair Jerry Nadler (D-NY), Senators Corey Booker (D-NJ) and Kamala Harris (D-CA).

Former Democratic presidential candidate Harris’ support for the bill is noteworthy, but some will likely note how her prosecutorial record runs opposite to its spirit. This record was scrutinized throughout Harris’ failed presidential campaign. Harris previously served as San Francisco’s district attorney and then California’s attorney general.

As the website The Appeal has noted, Harris’s prosecutorial record shows her to be anything but a “progressive prosecutor”, a label she tried hard to achieve during her presidential run. Most strikingly, Harris previously declined to support legislation that would require police to wear body cams and mandate her office investigate lethal shootings by police.

Harris is also known for failing to hold police accountable in misconduct cases, most notably in a jailhouse informant scandal. Her record of keeping wrongfully convicted people, like Kevin Cooper, behind bars run counter to the popular sentiment to defund and end the system of mass incarceration that disproportionately harms the poor. The change has become crucial in the wake of nationwide protests against the murder of George Floyd by Minneapolis Police officers.

The Congressional Black Caucus did not respond to an inquiry about Harris’s record and these contradictions at this time.

Harris is considered a strong vice presidential pick for the 2020 Joe Biden ticket. Biden himself has a controversial record on backing punitive federal crime policies that experts say led to the hyper aggressive and far reaching criminal justice system protesters have fought against in recent days.

Kamala Harris’s support for the bill is noteworthy, but some will likely note how her prosecutorial record runs opposite to its spirit. This record was scrutinized throughout Harris’ failed presidential campaign.

I just announced a bill with @CoryBooker and the Congressional Black Caucus to hold police accountable for misconduct. Be the first to hear what the Justice in Policing Act entails live on @TheView at 11:30 a.m. ET.https://t.co/hDL75Vw15l

Nevertheless, the new bill, introduced on Monday, aims to increase the legal power by both federal and state entities to hold police misconduct accountable in courts, by amending the federal criminal statutes that prosecute police misconduct from a “willfulness” to a “recklessness” standard.

It also seeks to incentivize independent investigations by state agencies into police involved deaths and patterns of abuse. The bill also seeks to increase the transparency and reporting when it comes to officers that have a history of misconduct.

The bill includes police reform measures such as banning chokeholds, changing the standard to evaluate whether law enforcement use of force, banning no-knock warrants and asking state and local law enforcement to ensure body cam use.

U.S. Rep. Debbie Dingell (D-Dearborn), who has cosigned the legislation, said the new bill introduces “commonsense change” to bring back trust in the justice system among Black and other minority communities.

“The Justice in Policing Act is commonsense change that begins to strengthen trust between our communities and those whose job it is to keep us safe,” Dingell said in a statement. “It is equally critical that we hold anyone who breaches this sacred trust accountable for their actions. This bill is a first step in putting action with our words.”

Over the weekend, a veto-proof, supermajority of members of the Minneapolis City Council pledged their support to defund the city’s police department and replace some of its activities with a community-based public safety model.

Details of what this new model would look like have yet to emerge. It may entail defunding police and diverting budgets towards tackling mental health and substance abuse crises. A small police force may remain, but won’t be the default agency to handle any and all emergency situations.