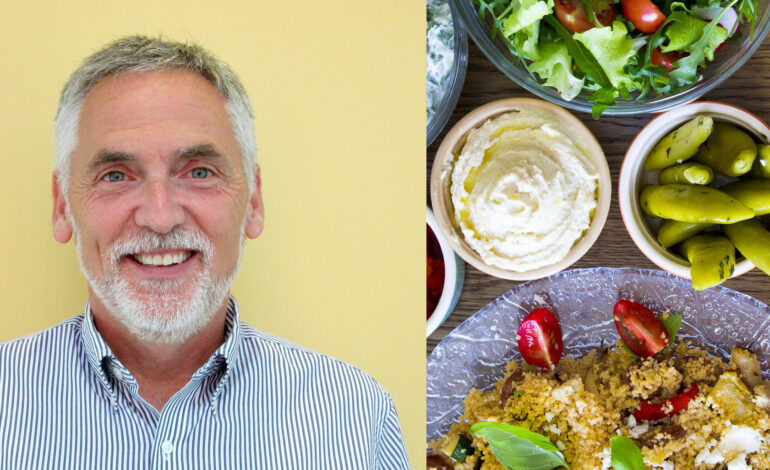 The Michigan Center for Contextual Factors in Alzheimer’s Disease (MCCFAD) and The Arab American News have partnered to bring our readers this exclusive interview on Mediterranean-style diet and Alzheimer’s disease and dementias. Read our article on MCCFAD and its work here.

Henry L. Paulson, M.D., Ph.D., is the Lucile Groff professor of neurology for Alzheimer’s Disease and related disorders in the Department of Neurology at the University of Michigan. He currently directs the Michigan Alzheimer’s Disease Center (MADC).

Paulson’s research concerns the causes and treatment of age-related neurodegenerative diseases, with an emphasis on polyglutamine diseases, Alzheimer’s disease and frontotemporal dementia.

Describe the link between diet and Alzheimer’s disease. And what are your thoughts regarding the Mediterranean and MIND diets?

It’s not easy to establish, with certainty, that any particular diet decreases or increases one’s risk of dementia. Performing a clinical trial to prove that eating one thing versus another (or one diet versus another) makes a long-term difference is logistically quite difficult. But epidemiological data do support the idea that a Mediterranean-style diet is associated with a reduced risk of dementia.

What is a Mediterranean-style diet? It’s a diet heavier in leafy green vegetables, fruits (especially berries), lean meats (fish, poultry), whole grains, beans, nuts and olive oil. This diet also permits wine, but not too much (a glass a day would be a fine amount). A similar diet also can reduce one’s risk for hypertension. In fact, some of the best recent diet-cognition studies have combined elements of the Mediterranean diet with the Dietary Approach to Stop Hypertension also known as DASH.

This combined diet is called the MIND diet. These diets seem to be what my mother would call a healthy diet. Most of us know what a healthy diet should look like: Less in the way of fast foods, TV dinners (or similar prepared foods) and junk food, and more in the way of unprocessed, whole foods and home-cooked balanced meals, leaning heavily on the various food items listed above. I can’t prove it will help, but it certainly won’t hurt to strive for a more balanced and healthy diet. And it may just reduce your chance of developing dementia or other conditions such as hypertension. 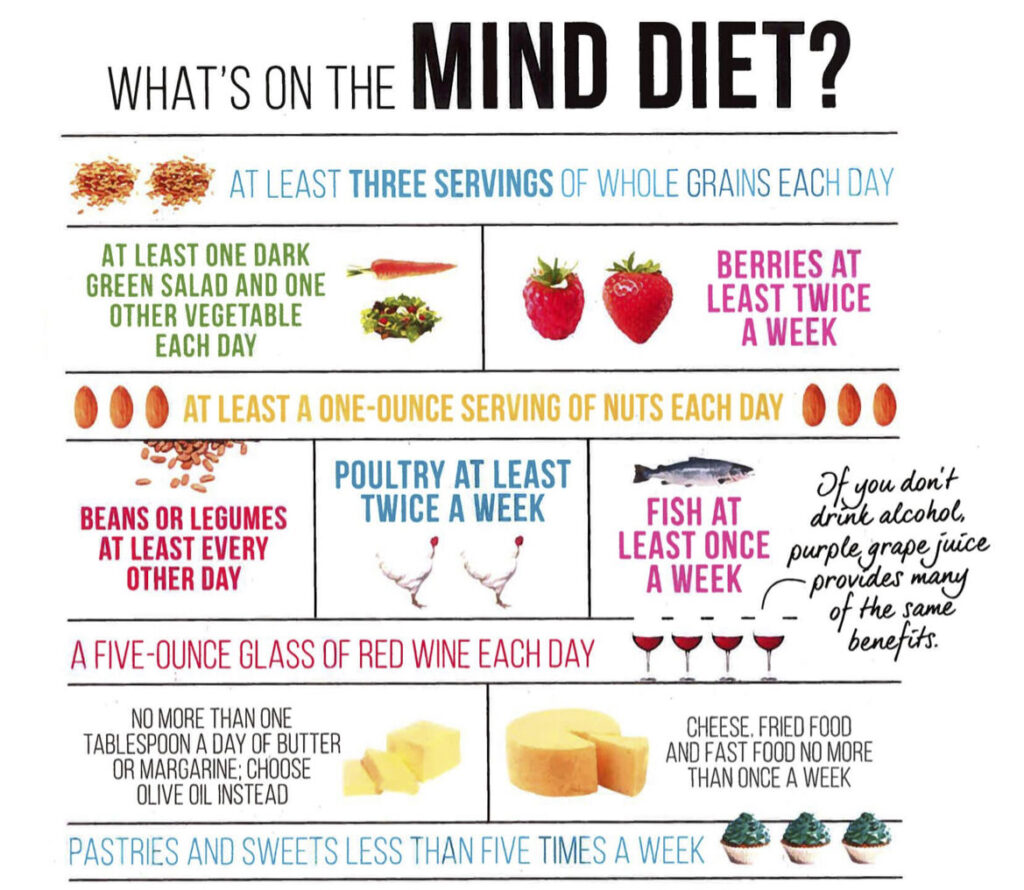 This slow progression of disease leads me to think that even when there are already effects on the brain, making efforts to improve your diet and — importantly — improve your general health is still something to strive for — Dr. Paulson

The majority of Americans do not eat healthy diets. If one changes their eating habits, say at the age 50, would that help detour the negative effects of past eating habits on the brain? Why or why not?

It is never too late to improve your eating habits, particularly if you are overweight or have developed medical complications such as diabetes. The disease process for the common forms of dementia, including Alzheimer’s disease, is slow and long.

This slow progression of disease leads me to think that even when there are already effects on the brain, making efforts to improve your diet and — importantly — improve your general health is still something to strive for. Eating well and living well might help to slow the progress of changes in the brain.

What role if any do vitamin and mineral supplements play in Alzheimer’s disease?

Deficiency of certain vitamins is associated with cognitive impairment. A deficiency in B12, folate or thiamine can cause cognitive impairment that is improved by nutritional supplements. Vitamin D deficiency (which can occur with a poor diet or with lack of sunlight) can make people fatigued and perhaps a bit foggy in their thinking.

Most people who eat a regular diet do not need to have nutritional supplements. Taking a multivitamin once a day is reasonable. There is probably no need to take excess amounts of any other particular vitamin, although people who do have cognitive impairment should at least be screened for deficiency in B12. Assessing vitamin D and folate levels is also appropriate. If you do take supplemental vitamins, be sure not to take too much. Taking megadoses of any one vitamin is not a good thing and can even be dangerous.

What about things like coenzyme Q or fish oil? Many people take them.

I am not aware of any clinical trials that have shown coenzyme Q or fish oil can slow the disease process or improve cognition. That said, they are safe to take and I have no problem with patients taking these supplements.

Discuss whether too much protein intake increases the risk for Alzheimer’s disease?

I have not seen data that too much protein intake increases the risk for Alzheimer’s disease. I come back to my earlier point that a balanced diet is the best type of diet. Since a balanced diet will have many items that are protein-poor as well as some that are relatively protein-rich, I’m not concerned about excess protein intake.

What specific foods boost memory or is that just a myth?

When we talk about “boosting memory” we’re talking about improving one’s memory, short term, in a noticeable way. There is no specific food that has been shown to “boost memory” like this. That said, berries have gotten lots of good press. Plus, they’re tasty and there is no way they’re bad for you.

I recommend including diet as one of several elements that together are important for brain function. Some trials show that aerobic exercise or increased sleep improves cognitive performance — boosted memory, if you will. When I list by priority the things that are most important for optimizing brain function whether you have cognitive impairment or not, I start with encouraging aerobic exercise first, followed by better and more restful sleep, then active social/mental engagement and lastly diet. Together, I have no doubt they enhance your brain function and potentially minimize the changes that occur in dementia.