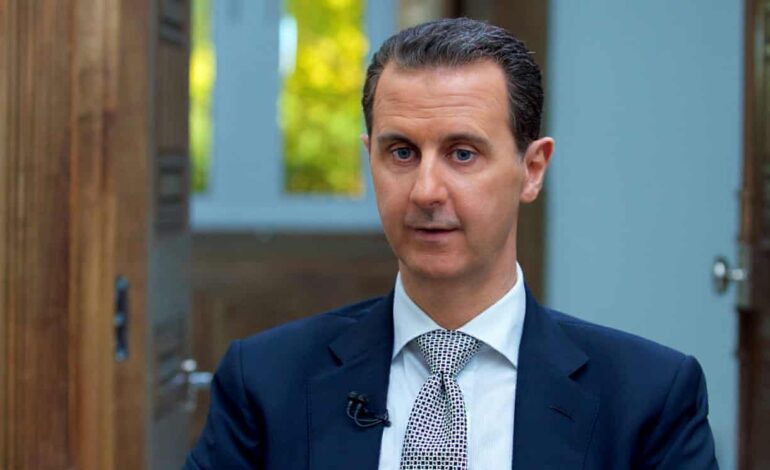 WASHINGTON, D.C. — The U.S. imposed its toughest sanctions ever on Wednesday, targeting Syrian President Bashar al-Assad to choke off revenue for his government in a bid to force it back to U.N.-led negotiations and broker an end to the country’s nearly decade-long war.

The fresh round of sanctions on Syria, which Washington dubbed as the first taste of a deeper and broader pressure campaign against Assad, come at a time when the Syrian leader is grappling with a deepening economic crisis after a decade of war and amid a rare outbreak of protests in government-held areas.

The new travel restrictions and financial sanctions strike Assad’s inner circle, including his wife, Asma, whom — along with her family — Secretary of State Mike Pompeo described as “one of Syria’s most notorious war profiteers.” They also target Assad’s brother, sister, a few senior generals and Iranian militia.

In a statement announcing the designations imposed under an executive order and the Caesar Syria Civilian Protection Act — the latter signed by President Trump in December — Pompeo said the new steps were the start of a sustained campaign of economic and political pressure against Assad, and vowed more in the coming weeks.

“We anticipate many more sanctions and we will not stop until Assad and his regime stop their needless, brutal war against the Syrian people and the Syrian government agrees to a political solution to the conflict,” Pompeo said.

Syria has already been under U.S. and European Union sanctions that have frozen the assets of the state and hundreds of companies and individuals. Washington already bans exports and investments in Syria by Americans, as well as transactions involving oil and hydrocarbon products.

But the new sanctions can freeze the assets of anyone dealing with Syria, regardless of nationality, and cover many more sectors. It also targets those dealing with entities from Russia and Iran, Assad’s main backers.

In a call with reporters, a senior administration official said investment plans in areas, including in reconstruction, that were to aid Assad’s government had already fizzled out due to fear of the Caesar Act.

“It’s meant to keep the foreign investors out,” he said.

“If you are engaging in these sectors, you will be cut off from the U.S. financial system, which is the most powerful in the world,” said Elizabeth Tsurkov, a fellow at the Foreign Policy Research Institute. “For you as a company, you choose between that and investing in a broken country.”

Pompeo said those designated have all played a key role in obstructing a peaceful political solution to the conflict. But he singled out Asma al-Assad.

“I will make special note of the designation for the first time of Asma al-Assad, the wife of Bashar al-Assad, who with the support of her husband and members of her Akhras family has become one of Syria’s most notorious war profiteers,” he said.

Syrian authorities blame Western sanctions for widespread hardship among ordinary residents, where the currency collapse has led to soaring prices and people struggling to afford food and basic supplies.