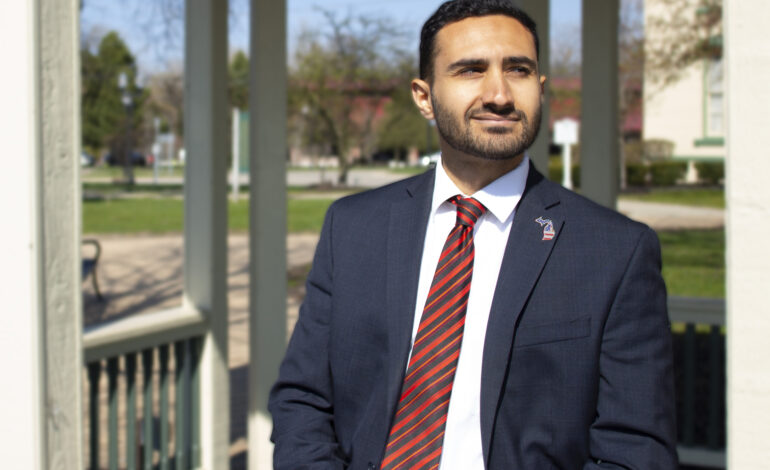 STERLING HEIGHTS — Michigan-born, Arab American attorney Mike Chehab has put his name in the running for state representative in District 30. The district covers Utica and parts of Shelby Township and Sterling Heights.

The grandson of a World War I veteran, Chehab has spent all his life in Macomb County, which is home to a decent-sized Arab American community, including Lebanese Americans. The young, sharp and affable candidate has recently clenched the endorsement of State Rep. Abdullah Hammoud (D-Dearborn), among other Democrats.

“I really think it’s time for a change of leadership in the community,” Chehab told The Arab American News. “I haven’t seen the level of pro-activity that I feel the county deserves.

“There’s a big problem with corruption. Not enough has been done in response to the COVID-19 pandemic. I have proposed laws and talked to experts and officials. I want to get things done and save lives.”

Chehab said there have been repeated promises to the people of his district in regards to fixing roads and infrastructure, which he wants to prioritize as well.

The district has a population of a little over 95,000. Ford, Chrysler and GM all own properties in the district. Chehab’s own father and grandfather raised their families while working for the automotive industry. Chehab said the state representative office has real power to affect residents’ lives.

“A state representative has the power to make personal protective equipment accessible and affordable (during a pandemic) for individuals of low income,” Chehab said. “The framework of corruption laws has not been updated for over 100 years and a lot slips through the cracks. State legislature directly votes on funding and I would be able to get the necessary funds for my community (to) repair roads and infrastructure.”

After earning a political science degree from Wayne State, Chehab received his law degree from the University of Detroit Mercy. He has published an internationally distributed paper on international law as it applies to U.S. courts.

Chehab ran a general practice after law school, serving Southeast Michigan residents for five years, a practice he has closed to run for office. 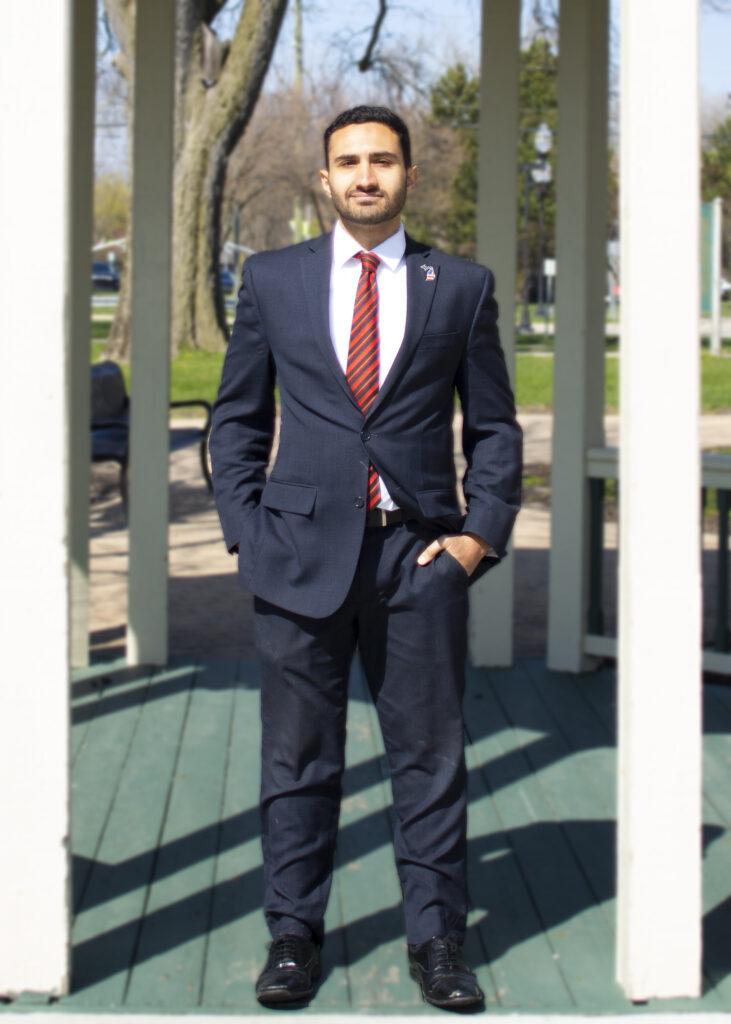 We’re not taking money from big banks and insurance companies. This is a grassroots movement and I want to work for the people. — Mike Chehab

Heavily involved in community service, Chehab previously defended indigent people as a public defender and fought wrongful foreclosures at a law clinic. He also worked with the ACLU on the “pay-or-stay” scandal, in which innocent people were put in jail for not being able to pay small fines.

He has also worked with Samaritas, a renowned refugee aid and resettlement organization, and Auntie Na’s Village in Detroit.

“I feel like I’m in a very privileged position and it would be wrong of me to ignore community issues and fail to use things I’ve learned to help others,” Chehab said. “A lot of people don’t have a choice in legal representation and don’t know how to navigate the legal system. But since I do, and have the means, I want to make sure my time is spent benefiting as many people as I can.”

Chehab has no competitors in the Democratic race for the district seat. His Republican opponent, Diana Farrington, has represented the district for almost four years. Her husband was the District 30 state representative before her. There are talks of Farrington’s son being groomed to take over the seat next.

“Before the Farrington family, another three members of the same family held the seat,” Chehab said. “This is not a monarchy; we need whoever can best represent the people.”

In line with his anti-corruption platform, Chehab is adamant about not taking campaign donations from special interests.

“We’re not taking money from big banks and insurance companies. This is a grassroots movement and I want to work for the people.”

Absentee ballots for the August 4 primary will be mailed to Michigan residents soon, Secretary of State Jocelyn Benson announced on Thursday.