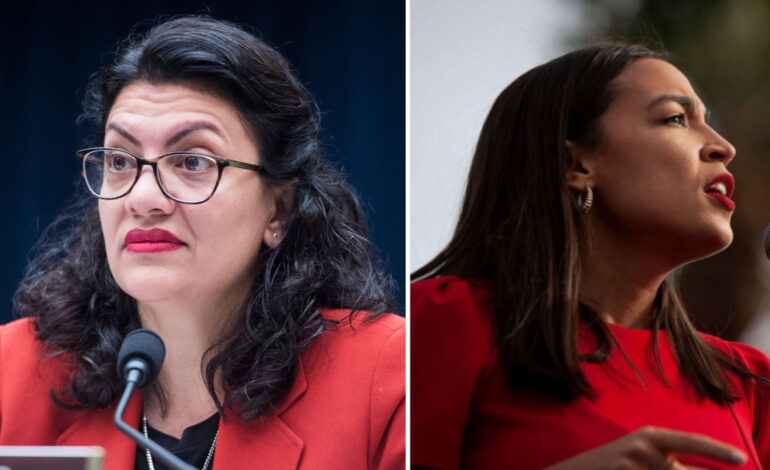 Rashida Tlaib and Alexandria Ocasio-Cortez have joined other progressive Democrats in condemning Israel's annexation plans as a blatant attempt to suppress Palestinian identity and nationhood.

Former presidential candidate Senator Bernie Sanders of Vermont has also signed on to the letter, as did “progressive” U.S. Rep. Ayanna Pressley (D-MA). The letter argues that the U.S. has a pivotal role to play in speaking out and taking action against an annexation that is widely recognized as illegal by the international community.

The letter, which will be formally released on Tuesday, is addressed to Secretary of State Mike Pompeo. Pompeo has previously said that extending Israeli sovereignty is a decision for Israel to make.

“We write to you to express our deep concern over the planned annexation of occupied Palestinian territory by the government of Israel,” says the letter signed by Tlaib. “Prime Minister Benjamin Netanyahu has said annexation could begin as early as July 1, 2020.

“Should the Israeli government move forward with these plans, they would actively harm prospects for a future in which all Israelis and Palestinians can live with full equality, human rights and dignity, and would lay the groundwork for Israel becoming an apartheid state, as your predecessor, John Kerry, warned in 2014.”

The letter is also supported by American-Arab Anti-Discrimination Committee (ADC), Jewish Voice for Peace Action, the Center for Constitutional Rights, Defense for Children International Palestine and other organizations.

Should the Israeli government continue down this path, we will work to ensure non-recognition of annexed territories as well as pursue legislation that conditions the $3.8 billion in U.S. military funding to Israel — Letter to Secretary Pompeo

The letter cites human rights experts, who warn that annexing parts of the West Bank will perpetuate and entrench human rights violations against the Palestinian people, including restricting Palestinians’ right to movement, expropriating Palestinian-owned land and further expansion of illegal settlements.

Palestinians vehemently oppose Israel’s annexation plans of the West Bank, as do many lawmakers from the E.U. and U.S. Israel has stated that it will not grant citizenship to Palestinians living in annexed territory. The letter says this will further crystalize separate and unequal treatment of two populations in the region, paving the way towards an apartheid system.

“Members of Congress should not be expected to support an undemocratic system in which Israel would permanently rule over a Palestinian people denied self-determination or equal rights,” the letter says. “Should the Israeli government continue down this path, we will work to ensure non-recognition of annexed territories as well as pursue legislation that conditions the $3.8 billion in U.S. military funding to Israel to ensure that U.S. taxpayers are not supporting annexation in any way.”

The pro-Israel lobby AIPAC opposed the letter, stating that it “explicitly threatens the U.S.-Israel relationship in ways that would damage American interests, risk the security of Israel (and) make a two-state solution less likely.” 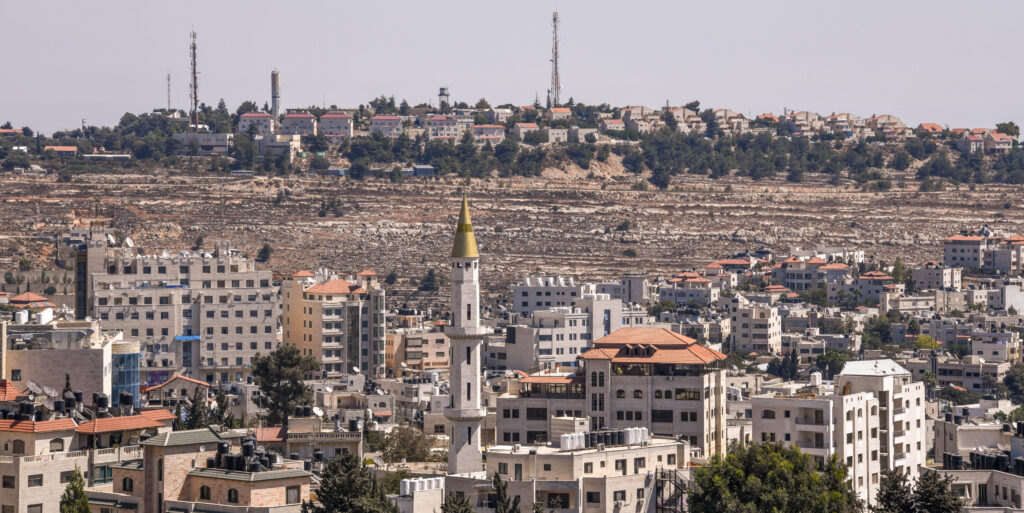 An Israeli settlement on a hill overlooking Ramallah in the West Bank of Palestine near Jerusalem. Photo: Rex Wholster

Many U.S. lawmakers opposed to annexation

“As committed partners in supporting and protecting the special U.S.-Israel relationship, we express our deep concern with the stated intention to move ahead with any unilateral annexation of West Bank territory, and we urge your government to reconsider plans to do so,” the letter read.

The letter was backed by the political advocacy group J-Street, which calls itself the “political home of pro-Israel, pro-peace Americans.”

Tlaib and U.S. Rep. Debbie Dingell (D-Dearborn) did not sign their names on the letter. Sources say the two did not sign because the letter’s language does not go far enough to condemn Israel’s actions. U.S. Rep. Andy Levin (D-Bloomfield Township) was one of the signatories.

Senator Gary Peters (D-MI) expressed his own concerns over the Israeli government’s plans. A champion of the U.S.-Israeli partnership, including the two countries’ military cooperation, Peters wrote to Netanyahu and Gantz on Friday, saying that annexation would be detrimental to gaining peace in the region.

Tweeting on Friday, Peters said that he has long supported Israel’s security and a two-state solution towards the conflict.

I have long championed the U.S.-Israel relationship, Israel's security & a two-state solution. I have serious concerns about Israel’s plans to annex parts of the West Bank; it would undermine the peace process & future negotiations.

“Annexing the West Bank would be incredibly difficult to reverse and undermine opportunities for good-faith negotiations,” Peters wrote in the letter. “That is why I am concerned that the government of Israel is considering unilateral annexation of the West Bank, in spite of the consequences of setting back the prospect of achieving a two-state solution and lasting peace.”