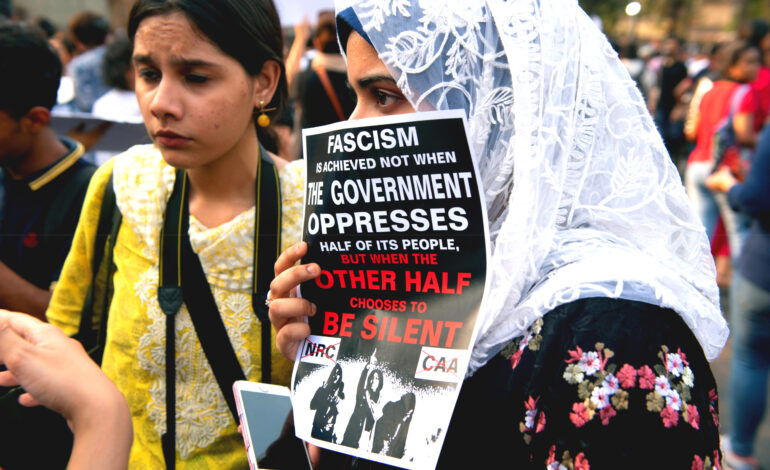 The group Coalition of Americans for Pluralism in India (CAPI) told The Arab American News that they approached the Hamtramck City Council regarding the issue.

The resolution also denounces the highly discriminatory National Register of Citizens (NRC) that targets religious minorities, oppressed castes, backward classes and is reminiscent of the Nuremberg Laws that contributed to the Holocaust.

CAPI said the South Asian community in Metro Detroit area is very concerned about the impending humanitarian fallout due to the implementation of the CAA and NRC in India. There have been multiple protests rallies across metro Detroit, and mass protests in India itself, against the systemic and sustained discriminatory amendments to the constitution, loss of property and life due to riots, suppression of free speech and erosion of Indian democracy.

“The Metro Detroit Indian community is concerned that their families back in India are being subjected to such oppression by the government which subscribes to the evil fascist ideology,” a CAPI press release said. “This resolution by City of Hamtramck comes when Metro Detroit Indian diaspora were looking for avenues to voice their concerns and welcome it whole-heartedly.

“This resolution brings awareness about the oppressed state of religious minorities and Dalits in India and helps contain the spread of Hindutva ideology here in Michigan and USA.” 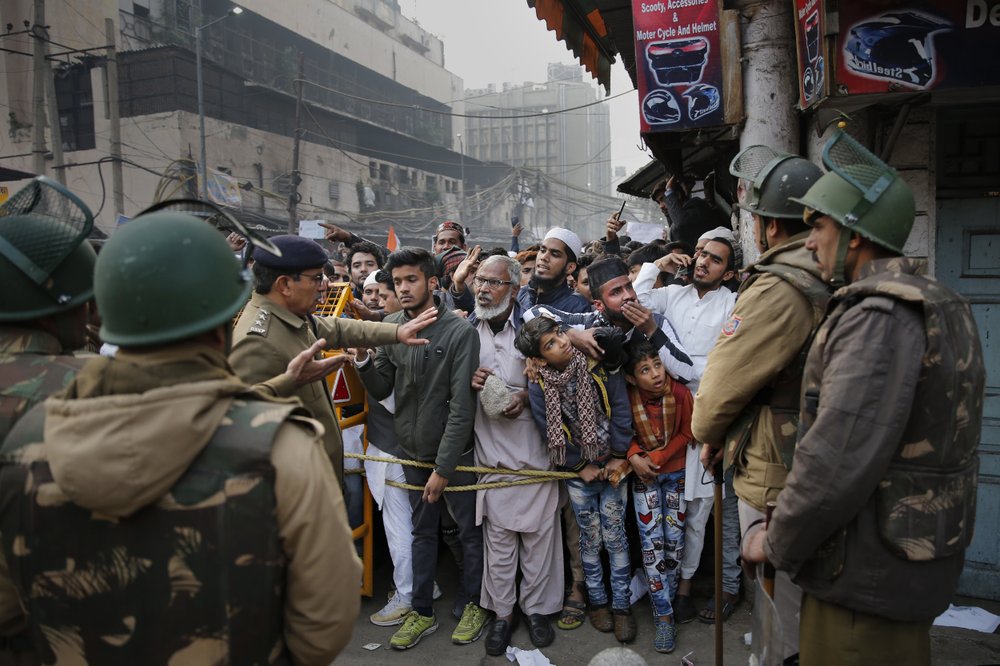 The CAA requires citizens to prove their citizenship by asking for unissued documents from the last century. Millions of people are at risk of being made stateless and wrongfully stripped of both their property and their rights. Those who cannot validate their records end up in detention camps, which are now called holding camps.

According to CAPI, most of these people lack the resources to represent themselves in a court of law when subjected to the impractical criteria of CAA, despite being born and living in India for generations.

“The city of Hamtramck, MI has joined the cities like Seattle WA, Albany NY, Cambridge MA and St. Paul MN that have clearly stated their position of preferring inclusiveness & diversity of faith by passing similar resolutions against CAA,” said Shujat Khan of CAPI.

The CAA uses religion as a qualifying criterion for refugees to be granted citizenship of India while the NRC (National Register of Citizenship) and NPR (National Population Register) are census tools. This CAA bill is said to deepen the religious divide in the region and cause increase in discrimination and violence. Humanitarian organizations like CAPI are adamant that race, religion and gender should not be controlling factors when it comes to Indians retaining their citizenship.

CAPI said Indian Prime Minister Narendra Modi’s right-wing government has no regard for these people’s lives since it does not fit into Hindutva, Bharatiya Janata Party (BJP) or Rashtriya Swayamsevak Sangh (RSS) ideology of making India into a “Hindu-only” nation by abolishing the constitution of India.

The organization hopes other cities will be encouraged to pass similar resolutions followed by federal legislation in the near future. Read the resolution here: 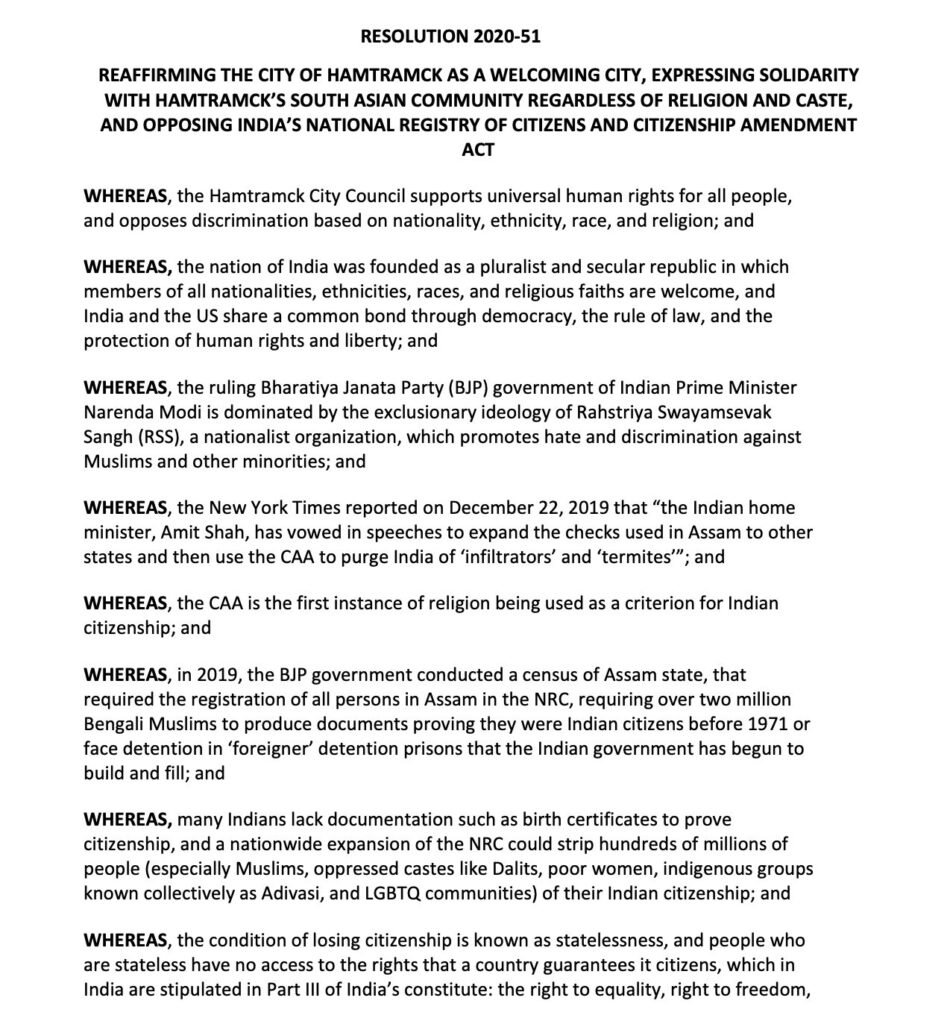 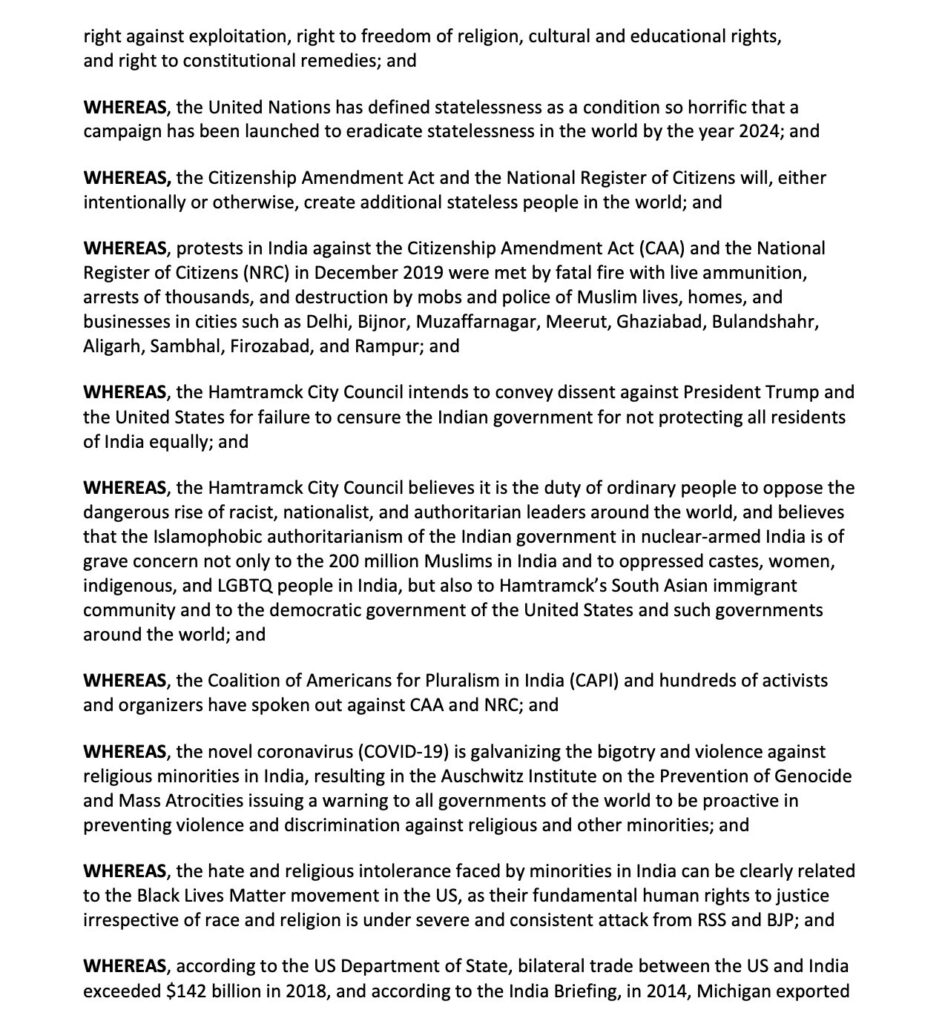 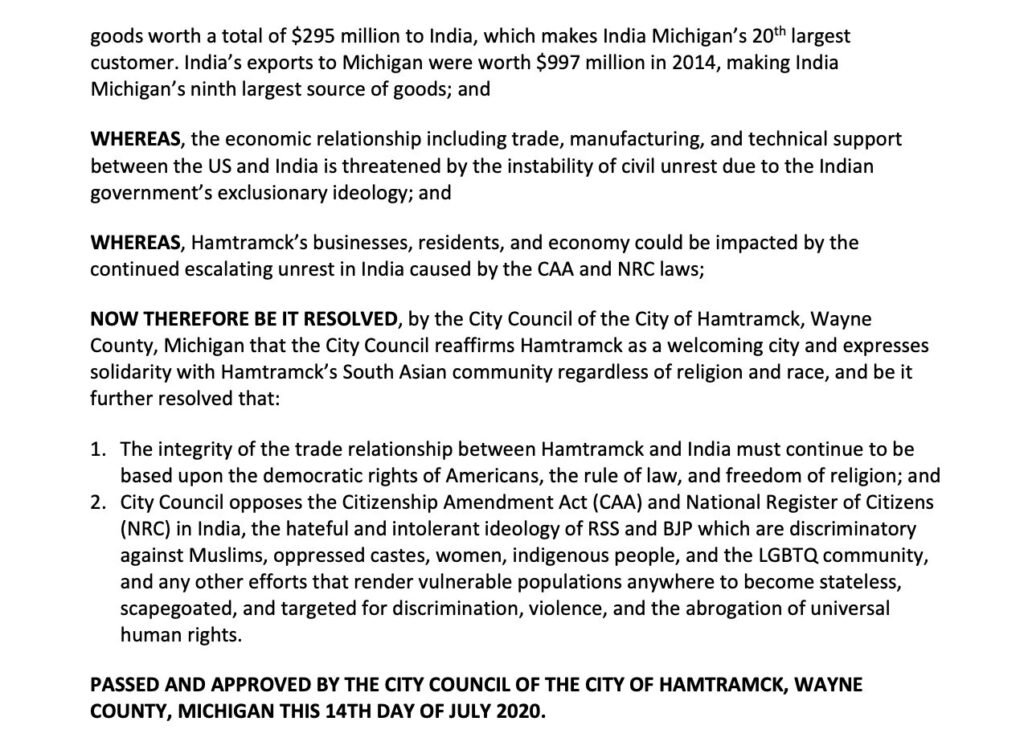