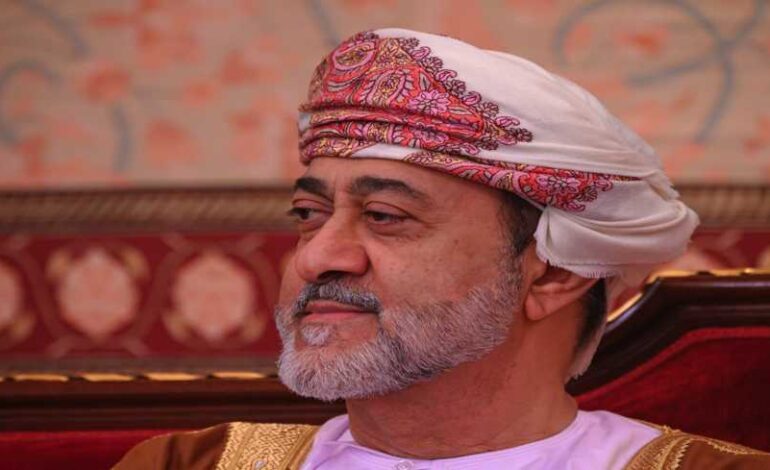 MUSCAT – The Sultan of Oman issued 28 new royal decrees this week during a reshuffle of government roles and responsibilities.

When you have served the government for that long, you have nothing more to give. — Hashar Al Hadeedi, PhD scholar

Also in the royal decrees, Sultan bin Salem bin Saeed al-Habsi was named Oman’s finance minister. Two female ministers were added, bringing the total number of women in the Cabinet to five, the most Oman government has ever had on their cabinet.

Sultan Haitham began his ruling in January after the death of his cousin, Sultan Qaboos bin Said, who had ruled for 50 years and held the title of minister of foreign affairs and minister of finance.

Sultan Haitham has vowed since then to maintain Oman’s policy of neutrality and non-interference.

Badr al Busaidi was the former director general of the foreign ministry and studied economics and diplomacy at Oxford University.

Iranian Foreign Minister Mohammad Javad Zarif congratulated al Busaidi on his Twitter account shortly after the announcement was made.

“I congratulate the dear brother and friend, his excellency Badr al-Busaidi for his appointment as minister of foreign affairs of the brotherly sultanate of Oman,” he wrote.

Among the other changes made during the government revamp, new ministries were created while some were merged together. One of these new ministries, the Ministry of Culture, Sports and Youth will be managed by Sultan Haitham’s son, Dhilyazen bin Haitham.

A PhD scholar from the University of Leeds, Hashar Al Hadeedi, said this is exactly what Oman needed.

“When you have served the government for that long, you have nothing more to give,” he said. ”The Sultan is doing the right thing to replace new blood in the cabinet who will inject new ideas into the economy and social developments.”

Despite tensions near the sultanate’s borders, Sultan Haitham has been focused on reshaping Oman’s government since taking the throne in January. While the effects of these changes are uncertain, a retired economics professor in Oman said these changes aren’t surprising.

“We have been expecting the cabinet changes for a while; it has not surprised us,” Abdulhafidh Al Saifi said. “They are good changes and much needed, especially now we are going through a bad patch economically.”