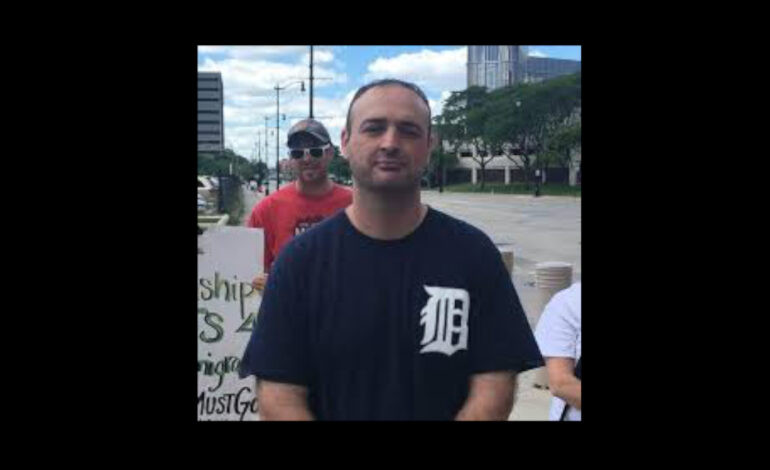 DETROIT — On September 22, Wisam Hamana, an Iraqi Chaldean Christian, won his right to stay in the United States in the Immigration Court in Detroit ruled by Judge David Paruch.

In June 2018, Hamana was told by ICE to report to Metro Airport for deportation, but he refused to go.

The organization BAMN (By Any Means Necessary) and its activists formed a series of protests at the airport to stop Hamana’s deportation as well as the deportation of other Iraqi refugees.

While Hamana was granted asylum, he and other refugees are currently being held in detention.

A press release provided by BAMN organizer Kate Stenvig, said that there is no reason for Hamana to be held in detention, as that is a hot-spot for COVID-19.

The release also said that the detainees are being held in the Calhoun County Facility in Battle Creek.

“With the national outrage about the mass spread of COVID-19 in concentration camps, BAMN and the detainees in Calhoun have been fighting to free all detainees since the initial outbreak in March,” the release said. “In early April, we had the initial success of securing the release of several Calhoun detainees by winning a Federal District Court order to stop the spread of COVID-19 in detention. ICE is now attempting to ‘reopen deportation.’ ICE is contacting the Washington DC Iraqi Embassy to get what is called a laissez passe to deport Iraqi refugees, including detainees and those who have been released from detention. This laissez passe is a one-way travel document that expires in 48 hours upon landing in Iraq; the deportee will have no ID after that and cannot survive their deportation. We must mobilize now to stop ICE deportations and continue to secure the release of all detainees who are applying for bail under the Federal Court order.”

While BAMN is attempting to stop deportation of refugees, the press release said that President Trump’s actions are partially to blame.

“Trump’s election, his racist movement and deportation campaigns have always been ideological and have been fueled by his racist demagogy,” the release said. “His rise to power relies on eliciting and egging on the prejudice that is so prevalent and fostered by the social inequality in our society.

“The mass raid against Iraqi refugees in metro Detroit in June 2017 was one of Trump’s first major mass deportation campaigns of his presidency. Trump relied on xenophobia, racist rhetoric like ‘deporting criminals’ to garner support from his racist base and the societal prejudice against people with criminal convictions, immigrants in particular, to deport the Iraqi refugees who fled war, persecution and genocide and many of whom have called Detroit home for decades.”

BAMN said that its goal is to protect asylum seekers.

“This fight has always been about the protection of asylum seekers and refugees and stopping the deportation of refugees to genocide,” the release said. “Trump’s racist demagogy will not divide us.

“We will win as one. The impact of this fight has been so broad because it has united people all around metro Detroit to stand against all deportations. It has made it impossible for any successful racist, right-wing, Trump mobilizations to take place in metro Detroit. The model of this victory for Iraqi refugees must be applied broadly to the national fight to stop Trump’s attempt to take dictatorial power and to remove him from office.”

Stenvig told The Arab American News that the government has already appealed the decision and the judge is reconsidering his decision.

“Mr. Hamana is still in detention in Battle Creek,” she said. “The judge made his ruling under the convention of torture ruling as for these people it’s a death sentence if they go back. The fight that has been made in Detroit has been heroic, and we want this to be the model for the nation.”