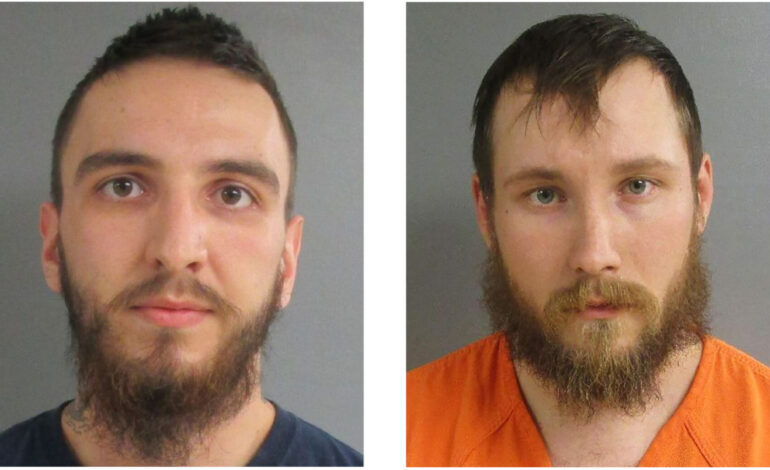 Paul Bellar, 21, of Milford and Joseph Morrison, 26, of Munith

The charges against the men were put forward after they were found to be involved in an alleged plot to storm the state’s Capitol building and kidnap elected officials, including Governor Whitmer, that was uncovered by the FBI last month.

The bond hearing for Joseph Morrison and Paul Bellar was held in Jackson County’s 12th District Court before Judge Michael Klaeren on Friday.

Bellar’s bond was reduced to $75,000 cash/surety. He was able to make bond that day and was released from custody.

Bellar, 21, of Milford, was charged with providing material support for terrorist acts, gang membership and carrying or possessing a firearm during the commission of a felony.

Morrison’s bond was reduced to $150,000 cash/surety and he remains in custody at the Jackson County Jail.

Morrison, 26, of Munith was charged with threat of terrorism, gang membership, providing material support for terrorist acts and carrying or possessing a firearm during the commission of a felony.

Two of the other defendants, Shawn Fix of Belleville, and Pete Musico of Munith, have also been released on bond.

Brian Higgins, 52, of Wisconsin Dells, Wisconsin is being extradited back to Michigan from Columbia County, WI. An extradition hearing is scheduled on Nov. 18. Once he is returned to Michigan, he will be arraigned in Antrim County’s 86th District Court on a 20-year felony charge of material support of an act of terrorism.

The other three defendants, Eric Moltor, William Null and Michael Null, all remain in custody in Antrim County, but additional court dates have not been scheduled.

Both Bellar and Morrison are scheduled to appear in court for a probable cause conference at 2:30 p.m.  on Dec. 18.