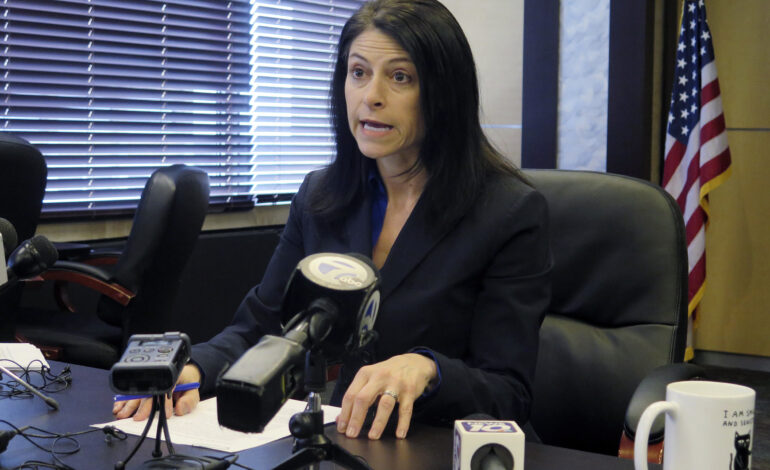 Attorney General Dana Nessel has joined 15 other attorneys general in filing a lawsuit against the Trump administration’s Department of Energy (DOE).

LANSING — Attorney General Dana Nessel has joined 15 other attorneys general in filing a lawsuit against the Trump administration’s Department of Energy (DOE).

The lawsuit was filed against the DOE for failing to meet legal deadlines for reviewing and updating national energy efficiency standards for 25 categories of common consumer and commercial products and industrial equipment.

The categories include home appliances such as washers and dryers, refrigerators and freezers, microwaves, air conditioners and water heaters.

“The Trump administration has neglected to develop or maintain key energy efficiency standards, and this failure will ultimately cost consumers upward of $580 billion and could prove detrimental to our environment,” Nessel said. “These updated standards are long overdue. It’s time for the administration to meet its legal responsibilities and finally strengthen these critically important measures for the benefit of both consumers and our natural resources.”

The Energy Policy and Conservation Act (EPCA) authorizes national energy efficiency standards for a variety of consumer and commercial products as well as industrial equipment.

Among other provisions, the EPCA establishes initial minimum energy efficiency standards and requires the DOE to develop new or amended standards for product categories covered by the act.

The act also requires that the DOE meet certain deadlines for reviewing and revising standards on a period basis.

In the lawsuit that was filed in the U.S. District Court, Southern District of New York, the coalition argues that the DOE’s failure to meet federal statutory deadlines for reviewing and strengthening energy efficiency standards for the 25 named product categories violates the EPCA.

The coalition also charges that the DOE’s failure to meet statutory deadlines deprives the states, their residents and their businesses of the benefits from strengthened standards, which includes lowering energy bills, providing a more reliable electricity grid and reducing emissions of harmful air pollutants that contribute to climate change and harm public health.

The coalition requested the court to require the DOE to comply with the EPCA’s statutory deadlines and other requirements.

The DOE estimates that by 2030, efficiency standards completed through 2016 will save more energy than the entire nation consumes in one year and can save consumers more than $2 trillion on their utility bills.