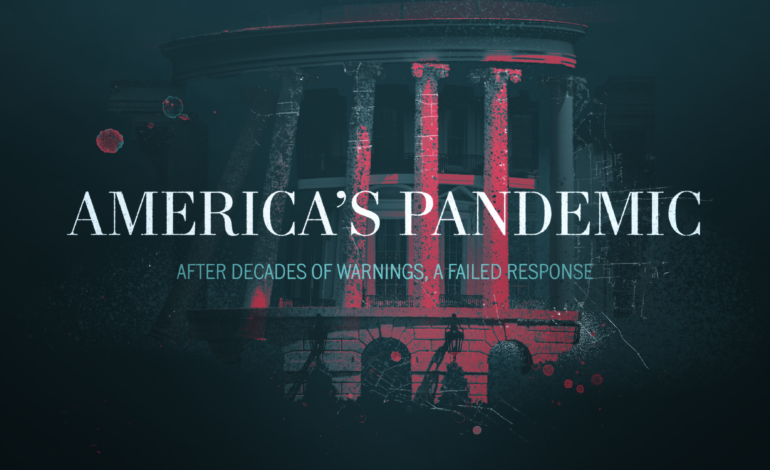 Every day, it seems, the U.S. sets new records for infections and hospitalizations. Health officials say the pandemic is “out of control” across the country.

The COVID-19 pandemic has produced staggering levels of suffering and loss. It has caused more than 250,000 deaths in the United States while devastating the national economy. In addition, our failure to respond effectively has damaged America’s standing in the world.

Every day, it seems, we set new records for infections and hospitalizations. Health officials say the pandemic is “out of control” across the country. They predict even higher levels of infections and deaths as the winter deepens.

It is obvious that we failed to take the measures necessary to contain the pandemic. We did not mount a strong response when the first cases were reported. Experts called for a national strategy with prevention, mass testing, robust contact tracing and rigorous isolation of infected individuals. We did none of that.

President Trump misled the nation when he suggested the virus would abate in the spring. He insisted it would “go away” and that America was “rounding the final turn” as case counts kept rising. Americans received contradictory and often false information when we should have been told firmly to wear face coverings, practice social distancing and avoid indoor gatherings. Trump refused to wear a mask and downplayed the seriousness of COVID-19, even after he contracted it.

States were left largely on their own and had to turn to foreign markets for testing supplies, medical devices and personal protective equipment. Federal leadership was missing; guidance was weak or confusing.

In general, the pandemic has been especially damaging to advanced industrialized nations. Their open, global economies, with extensive movement of goods, people and services, provided more opportunities for infections to spread. While China took draconian steps to shut down activities and check the spread of the virus, countries that value personal freedom had a harder time. But some democratic nations, including Japan and South Korea, have done a much better job of protecting their people.

President-elect Joe Biden promised to increase testing, expand health care and treatment, rely on scientists and rally an international response, but keeping those pledges won’t be easy. The election didn’t provide a clear mandate. While Biden won, his fellow Democrats did not make large gains. Over 70 million Americans voted for Trump; his ideas still have substantial support.

Instead of uniting the country, the pandemic and the economic problems it caused have fueled partisan divisions. Mounting a unified national response will be difficult in such a polarized nation.

There has been no meaningful international response to the pandemic and the U.S., as the world’s most powerful nation, bears a large share of the responsibility. Trump has attacked the international order and global organizations, even withdrawing from the World Health Organization. We have stepped away from our post-World War II role of world leadership.

Our failure to manage the pandemic has fueled resentment and distrust, including among our traditional allies. Favorability ratings for the U.S. have fallen to their lowest levels in over 20 years in France, the United Kingdom, Germany, Canada, Australia and Japan. In a survey of more than a dozen nations, only 15 percent of respondents said the U.S. had handled the outbreak well.

The Biden administration will take office facing two formidable challenges: Fighting the pandemic and restoring America’s global prestige and stature. Both are important. Both will challenge American leadership.

— Lee Hamilton is a senior advisor for the Indiana University Center on Representative Government; a distinguished scholar at the IU Hamilton Lugar School of Global and International Studies and a professor of practice at the IU O’Neill School of Public and Environmental Affairs. He was a member of the U.S. House of Representatives for 34 years.