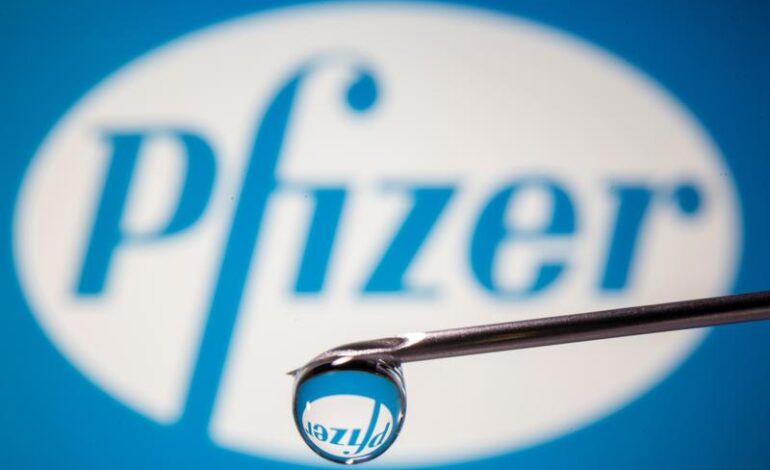 The data reviewed also suggests that the two-dose vaccine may begin preventing some COVID-19 cases after the first dose, though more conclusive data is still needed. Photo: Dado Ruvic

U.S. Federal Food and Drug Administration (FDA) scientists have endorsed the Pfizer and BioNTech COVID-19 vaccine ahead of a committee meeting of outside experts and the FDA’s eventual use authorization, the health sciences publication STAT reports.

Specifically, reviewers have said the two-dose vaccine is shown to be “highly effective” in preventing COVID-19, with data showing “favorable safety profile” which curbs serious safety concerns. The FDA could grant an emergency use authorization (EUA) of the virus’s mass distribution as early as this week. This early analysis by FDA reviewers of data submitted by Pfizer seems to be a positive step towards that.

The data shows most patients have sore throats and headaches from the vaccine (BNT162b2). A panel of outside experts will meet on Thursday to give the FDA its recommendations based on a cost-benefit analysis.

The detailed data from Pfizer reviewed by FDA scientists also demonstrates the vaccine prevents the disease after the first dose, meaning that even if people miss their second dose they may still get some protection from transmission. The reviewers did warn that more data is needed to make a conclusion on the efficacy of a single dose.

The documents submitted also provides a more detailed look into side effects in vaccine recipients:

Severe reactions occurred in 2.8 percent of volunteers over the age of 55 and in 4.6 percent of those under 55. Younger patients often have stronger reactions because they have stronger immune systems. Find a more detailed analysis of the documents reviewed by the FDA through the STAT article.

STAT also says that an EUA is not normally required to meet the same stringent requirements as an approval of vaccine. The FDA is following its tough advisory committee process because of the sheer scale of the vaccine distribution program.

The Center for Disease Control and Prevention (CDC) has said 25 million vaccines from Pfizer and 15 million from Moderna could be available in the U.S. within this year. A separate EUA is expected to granted for the Moderna vaccine soon.

“Every American who wants the vaccine will be able to get the vaccine and we think by spring we’re going to be in a position nobody would have believed possible just a few months ago,” Trump said.

Trump also signed an executive order in which the secretary of Health and Human Services is directed to ensure that Americans get vaccine priority before the U.S. aids other countries. In the U.S. about 50,000 vaccination sites, comprising of hospitals, pharmacies and health centers, are enrolled in the government’s distribution system.

The U.S crossed the 15 million mark for COVID-19 cases on Tuesday. 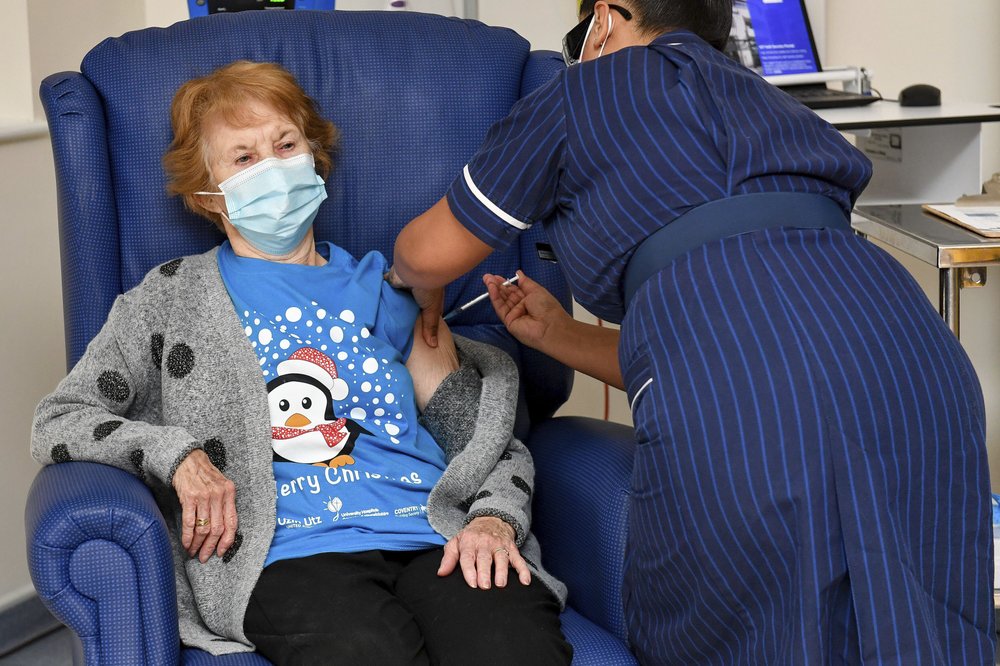 Margaret Keenan, 90, becomes the first person in the world, outside of a trial, to receive the Pfizer/BioNTech COVID-19 vaccine. The injection was administered by nurse May Parsons at University Hospital, Coventry, England, Tuesday Dec. 8. Photo: Jacob King

Kennan said the vaccine, which she received in Coventry, England, means she “can finally look forward to spending time with my family and friends” after being on her own for most of the year. Her advice for those unsure of the vaccine: “My advice to anyone offered the vaccine is to take it — if I can have it at 90 then you can have it, too!”

“This really feels like the beginning of the end,” said Stephen Powis, medical director for England’s National Health Service, about the country’s vaccine program. “It’s been a really dreadful year, 2020 — all those things that we are so used to, meeting friends and family, going to the cinema, have been disrupted.”