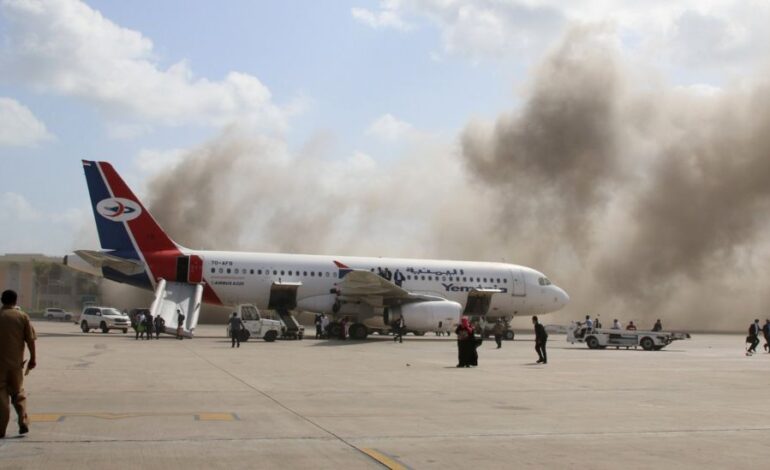 As the newly formed government arrived at Aden Airport in Yemen, several explosions went off, killing at least 22 and injuring more than 50 people. Photo: Reuters

YEMEN – As the newly formed government arrived at Aden Airport in Yemen, several explosions went off, killing at least 22 and injuring more than 50 people.

All of the Cabinet members are safe, according to Yemen Prime Minister Maeen Abdulmalek.

Abdulmalek also said that this was a “cowardly terrorist attack.”

“The cowardly terrorist act that targeted Aden airport is part of the war being waged against the Yemeni state and our great people,” he said. “And it will only increase our insistence on fulfilling our duties until the coup is ended, the state is restored and stability.” 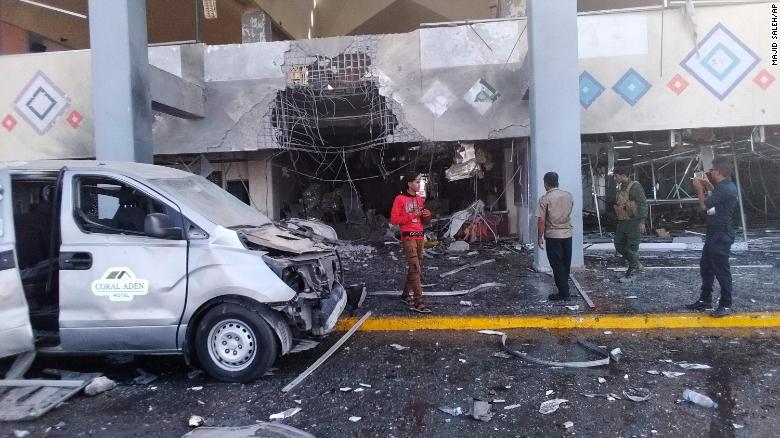 Deadly explosion at Yemen’s Aden Airport. The attack created a large hole in the ground and caused severe damage to an airport hall. Photo: CNN

According to the state-run Saudi Press Agency (SPA), Saudi Arabia accused Iran-backed Houthi rebels of being behind the explosion, while the group has not claimed responsibility.

“We assure our people that all cabinet members are safe,” the post said. “And cowardly terrorist attacks by Iran-backed Houthi militia on Aden Airport will not deter us from our duty and our life isn’t more valuable than other Yemenis. May Allah have mercy on souls of martyrs and wish fast recovery for injured.”

Eryani also announced the death of one journalist and injury of several others in the attack.

1-Information indicates that 1 journalist died in the cowardly terrorist incident that targeted Aden airport &10 injured who came to cover govt arrival.
We prey for mercy to all the martyrs, our condolences to their families, &speedy recovery for wounded

Spokesman for the Saudi-led coalition in Yemen, Col. Turki Al-Malki, said that the coalition had intercepted and downed an explosives-laden Houthi drone on Wednesday that was targeting the presidential Al-Maashiq Palace, according to the SPA.

Al-Malki also said that the drone confirms the responsibility of the Houthi militia.

“The attempt to assassinate the Yemeni Cabinet is an attempt to thwart the Riyadh Agreement,” he said. “Which Yemeni people have adopted as a path toward unification of ranks, restoration of normal life, security and stability and a roadmap to reaching a comprehensive political solution in Yemen.”

Hundreds of people had gathered at the airport for the government’s arrival and the International Committee of the Red Cross (ICRC) said one of their staff was killed, three were injured, and two others are unaccounted for.

“Our staff were transiting through the airport with other civilians. This is a tragic day for us and the people of Yemen,” the ICRC in Yemen said on Twitter. “We extend our sincere condolences to the families of the victims, and we hope for a speedy recovery for anyone injured.”

The spokesperson for the new government, Rajeh Badi, said that investigations are still ongoing as it is unclear if the explosions were caused by missles fired on the Aden Airport.