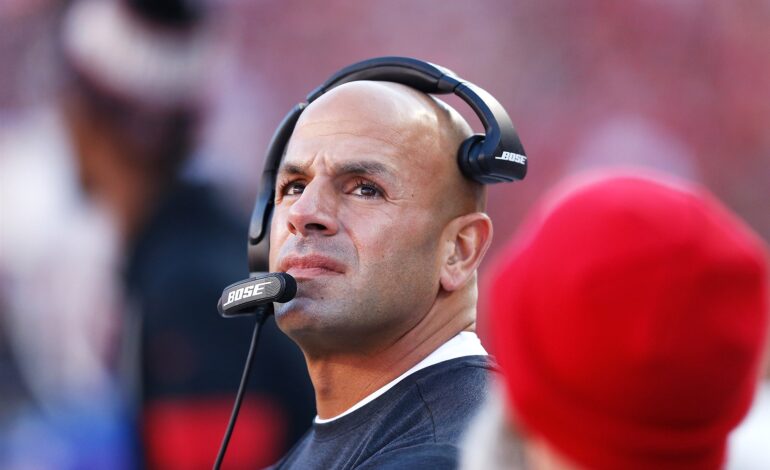 “We’ve reached an agreement in principle with Robert Saleh to become our head coach,” the Jets said in a statement.

Saleh has spent the past four years in Santa Clara, California, transforming the 49ers’ defense from a onetime laughingstock to one of football’s most elite units.

He’ll take over a team that won just two of 16 games this past season and hasn’t made the playoffs since the 2010-11 campaign. The Jets have just one Super Bowl title in franchise history, the famed Joe Namath guarantee of Jan. 12, 1969.

Before Saleh, 41, a native of Dearborn, Michigan, was hired by the Jets, no Muslim had ever been an NFL head coach, according to the Council on American-Islamic Relations, or CAIR, a Muslim civil rights advocacy group.

“We welcome this development as another sign of the increasing inclusion and recognition of American Muslims in our diverse society,” CAIR spokesman Ibrahim Hooper said in a statement late Thursday.

Saleh, whose family traces its roots to Lebanon, will be third Arab American NFL head coach, following in the footsteps of Abe Gibran and Rich Kotite, who are both of Lebanese descent, according to the American-Arab Anti-Discrimination Committee.

Saleh brings considerable credentials to his new job in East Rutherford, New Jersey. Before he took over the 49ers’ defense in 2017, San Francisco had ranked dead last in total yards surrendered.

The 49ers were 24th and 13th in total defense in Saleh’s first two years in charge, before the crew ranked second and fifth in the league the last two seasons.