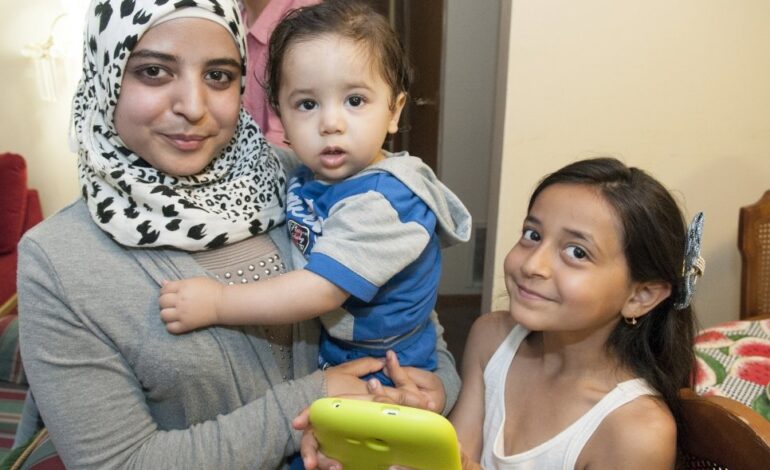 A resettled refugee family from Syria pictured at their home in 2016. Photo courtesy: UNHCR

WASHINGTON, D.C. — On Thursday, President Biden said he seeks to raise the annual refugee cap to 125,000, an increase that will take place in the beginning of October.

Biden made the announcement during a speech at the U.S. State Department.

Biden also said he would approve an executive order that would restore the U.S. refugee resettlement program, which he said was “badly damaged.”

“It’s going to take time to rebuild what has been so badly damaged,” Biden said. “but that’s precisely what we’re going to do.”

Former President Trump had drastically slashed the number of people seeking refuge from extreme poverty, political violence and climate change, many displaced in places like Yemen due to U.S.-supported genocidal wars.

The cap for the current fiscal year ending in September as set by Trump is at 15,000, the fewest since the U.S. began the program in 1980, according to Buzzfeed News.

Under the Biden administration, other practices, like “extreme vetting” of those seeking refuge and asylum, will also be rescinded. The U.S. will also accept refugee claims made by women, children and those at risk due to their gender identity or sexual orientation.

“The action today by President Biden will save lives,” said U.N. High Commissioner for Refugees Filippo Grandi. “It’s that simple. It also shows that strength is rooted in compassion. It signals that the U.S. will do its part, as it has historically done, to help the world’s most vulnerable people, including by welcoming them in the U.S.”

A memo released by the White House on Thursday further outlines Biden’s plans for the country’s refugee resettlement program.

Biden has also ordered the continuation of programs like the Special Immigrant Visa (SIV) programs for Iraqi and Afghan allies of the U.S. that provide humanitarian protection to those experiencing threats because of their support for the U.S. campaigns in their countries.