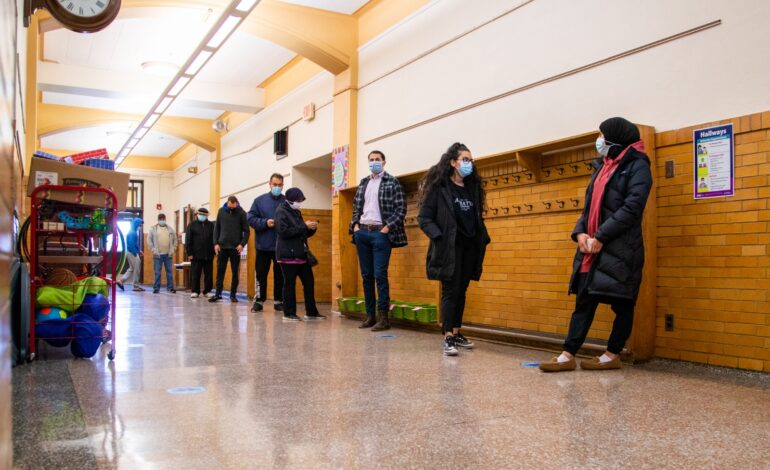 Voters line up and wait to vote at a precinct in Dearborn, Tuesday, Nov. 3. Photo: Imad Mohamad/The Arab American News

LANSING — After months of accusations about widespread voter fraud in Michigan, results of an audit exercise to determine the accuracy of the results of the November presidential election give a clearer picture.

A hand count of more than 18,000 ballots randomly selected throughout the state affirms the electoral victory of President Biden over former president Trump, Secretary of State Jocelyn Benson announced on Friday. Hundreds of Republican, Democratic and nonpartisan municipal and county clerks from more than 1,300 locals took part in Michigan’s statewide auditing exercise, more than had ever participated in such an audit anywhere.

In the hand count exercise, Biden received more votes than Trump and the percentage of votes for each candidate was within fractions of a percentage point of machine-tabulated totals. In the state’s three largest counties, each of which uses a different voting machine vendor, the audit results were also all within one percentage point of the November results.

Although a random sample of 18,000 ballots is not an exact match of the percentages of votes cast for candidates out of all 5.5 million ballots, the closeness in percentages between the hand-reviewed ballots and the machine-tabulated totals provides strong evidence of the accuracy of the machine count. In other words, this statistical exercise acts as a quality control check that gives a window into the wider results of the election.

“This statewide audit process affirms what election officials on both sides of the aisle have said since November – that Michigan’s election was conducted securely and fairly, and the results accurately reflect the will of the voters,” Benson said. “I congratulate our election clerks for carrying out the most successful election in our state’s history and thank them for affirming the integrity of our elections by participating in this process.”

In the statewide sample, Biden received votes on 50 percent of all ballots reviewed while Trump received 48 percent. 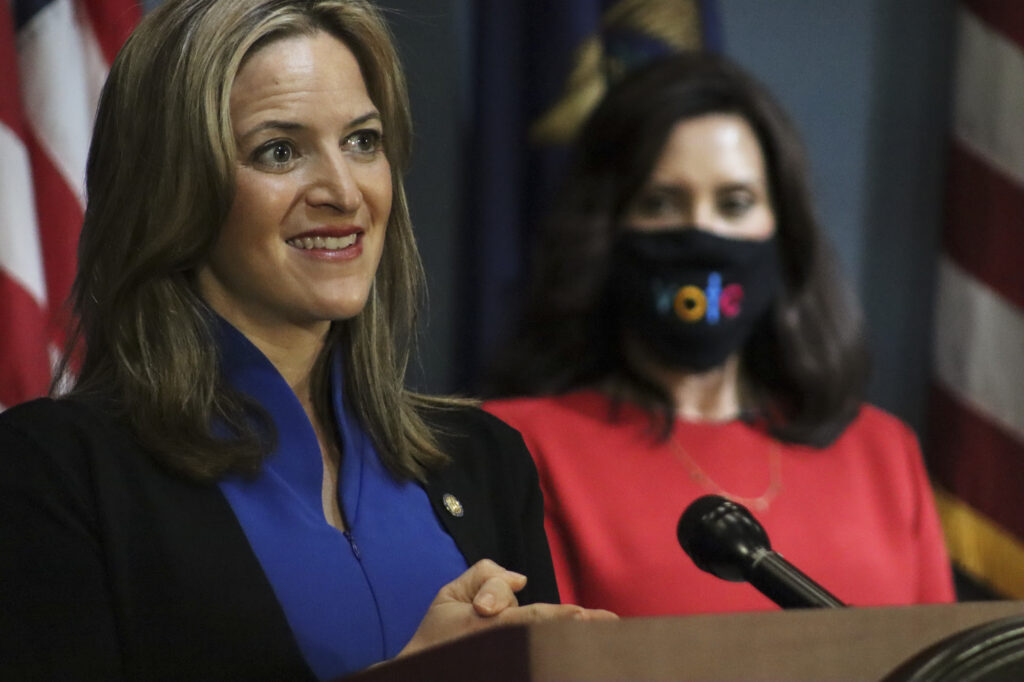 Michigan Secretary of State Jocelyn Benson appears next to Governor Whitmer at a live address from Lansing, Wednesday, Sept. 16. Photo: Office of the Governor

This statewide audit process affirms what election officials on both sides of the aisle have said since November – that Michigan’s election was conducted securely and fairly, and the results accurately reflect the will of the voters — Secretary of State Jocelyn Benson

The audit exercise was conducted by determining the number of ballots cast in every jurisdiction and then using a randomly generated 20-digit number, by rolling 10-sided dice, to select 18,162 of them.

The Trump campaign and Trump allies lost several lawsuits in Michigan and in other battleground states where Biden defeated Trump. Some of those cases were thrown out by Trump-appointed judges. In Georgia and Wisconsin, Trump’s defeat was affirmed by recounts that he ordered (Trump paid $3 million for the recount in Wisconsin).

Trump unsuccessfully urged the Republican secretary of state in Georgia to “find” votes for him in a damning phone call, in an election that Republicans in that state knew to be valid and secure. Prosecutors in Georgia have started a criminal investigation into Trump’s attempts to overturn those election results. Right-wing media outlets such as Fox News and Newsmax have issued apologies for falsely asserting that voting machines were rigged by Democrats.

Current laws in Michigan do not allow audits to take place until after certification. Candidates can request hand recounts of all ballots prior to certification, but neither presidential candidate chose to do so in 2020.

Benson’s Advancing the Vote, Protecting Democracy legislative agenda will require a statewide risk-limiting audit to be carried out prior to state certification of the election as clerks would be able to retrieve the randomly selected ballots while the election canvass in ongoing, thus simplifying the process.

Trump has continued to assert that the election was stolen from him, without providing a shred of evidence. Democrats say his calls to supporters for them to “fight like hell” to stop the certification of his electoral loss led to a violent attack on the Capitol on Jan. 6, for which he is now being tried in the U.S. Senate. Republicans will likely not convict Trump on that charge.