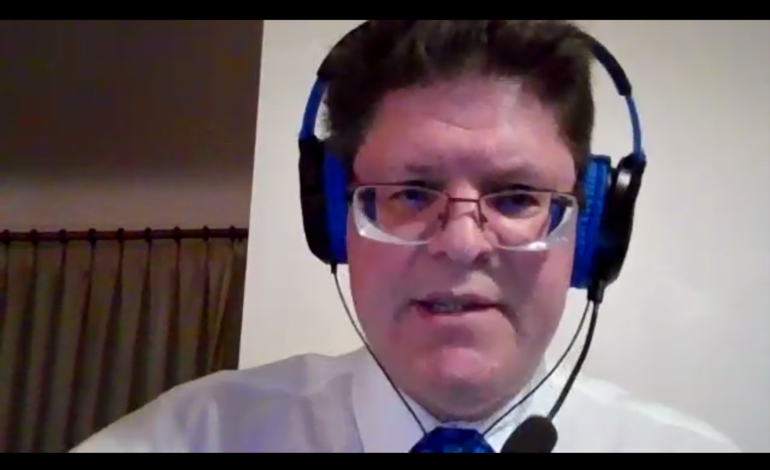 After nearly a year of back and forth, the Dearborn Heights City Council has reappointed Gary Miotke to be corporation counsel.

DEARBORN HEIGHTS — After nearly a year of back and forth, the Dearborn Heights City Council has reappointed Gary Miotke to be corporation counsel.

Mayor Bill Bazzi submitted the appointment for the Council to vote on.

“I’m going to talk about the elephant in the room,” Councilman Dave Abdallah said. “In this particular case, for the last two, three, four, five years, we’ve brought it up multiple times about possible consideration for other attorneys.”

Last May, former Mayor Daniel Paletko had put forward Miotke as his appointment to the position where a motion was made by Councilman Bob Constan. However, no one seconded the motion.

We need to move our city forward and Mr. Miotke is well aware of all the things going on in the city — Mayor Bill Bazzi

Since that time, the Council and Paletko had gone back and forth on whether or not the city had representation.

As a result, Miotke did work for the city without payment for that entire time, as the invoices he submitted were not added to the Council agendas.

The payment owed to Miotke was included in a lawsuit filed against Council Chairwoman Denise Malinowski-Maxwell and the Council majority by Paletko in September 2020.

In November, the motion was put back on the agenda by Malinowski-Maxwell.

“On May 12, City Council motion 20-131 was introduced to approve the appointment of Gary Miotke as corporation counsel in accordance with section 5.15 of the city charter,” the motion said. “The motion was not seconded and therefore not considered. In the past, the mayor has said we need to take a vote on this motion. Therefore, I am asking the City Council to reconsider this motion.”

While Councilman Ray Muscat had made the motion that was seconded by Abdallah, Constan was the only one to vote yes for Miotke; therefore, it failed.

Just weeks after being appointed mayor, Bazzi put forward Miotke as his appointment for corporation counsel.

“Personally, I have no problems with Gary Miotke,” Abdallah said. “But my question is for the mayor. What is your thought process behind asking Gary Miotke to continue through to the rest of the year? And also, as you know, I am very direct. At one point you were not in favor of him, so with that being the case, why would you be in favor of him now?”

Bazzi said that he had been meeting with Miotke since taking the appointment.

“Even though he wasn’t being paid, he was still volunteering his time and trying to help the city,” he said. “He knows about the current city matters. He’s been very, very helpful. He’s trying to represent the city well. We need to move our city forward and Mr. Miotke is well aware of all the things going on in the city.”

When it came to voting on Miotke’s back pay, Councilman Zouher Abdel-Hak requested Miotke cut the number down.

“I am one person who watched Mr. Miotke all these years,” he said. “And sometimes I had disagreements with him. For fairness, he never wrote an opinion or did anything which in my opinion harmed the city in any way. I looked at his expenses for the last six months and there is $61,000 he is asking us to pay. I would like to ask him if he can knock down $10,000 off of it, we would appreciate it very much.”

Miotke said that while he could not adjust the rate on the back pay, he was willing to negotiate the new agreement.

“I hate to say this, but the difficulty is that my bills have already been cut,” he said. “I would not be inclined to cut $10,000 off and find myself in a position where I would find difficulty in paying my own bills in doing that. Going six months without being paid is quite the sacrifice and with no interest being charged or anything else, this has not been an easy time to not get paid for six months.”

The maintenance of services agreement that was originally put forward before the Council had a total sum of $75,000 that included the $61,725 in back pay owed to Miotke, along with a $13,275 amount that was meant to satisfy the attorney fees that had yet to be paid through the MMRMA related to the Hills v City, et al/Wayne County v City lawsuit and attorney fees and costs related to the case of Daniel S. Paletko v. Dearborn Heights City Council, et al.

Miotke agreed to change the total sum to $67,500, of which $61,725 is back pay from July, August, September, October, November and December of 2020 and the remaining $5,775 would go towards the attorney fees for the two lawsuits.

Miotke’s hourly rate will remain at $140 per hour for all legal services except for those specifically involving the prosecution dockets in the 20th District Court.

For legal services specifically involving these prosecution dockets, the city shall pay the attorney $450 per half day and $730 per full day.

Bazzi said that his previous concerns are no longer an issue.

“The day after my appointment, I met with Miotke and we talked about a lot of issues and a lot of my concerns,” he said. “And a lot of these issues have been resolved and I got the commitment and everyone I’ve talked to is on board.”

Miotke’s appointment will be up for reconsideration in January, at which point the newly elected mayor will need to put forth their candidates for the position.