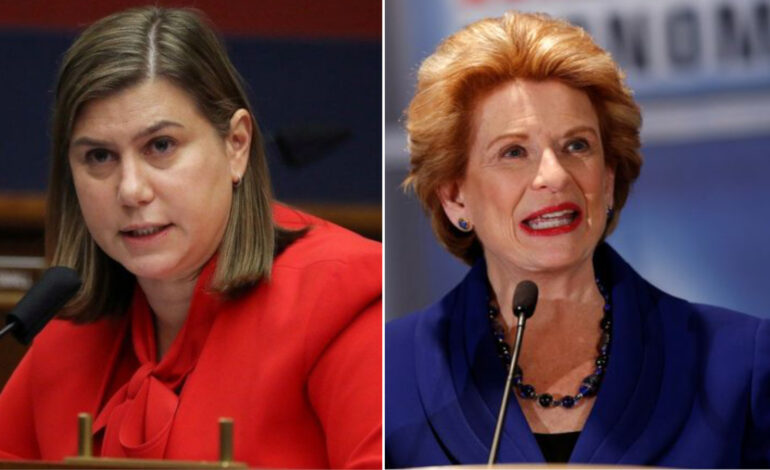 Threats were made to U.S. Rep. Elissa Slotkin (D-Holly), U.S. Sen. Debbie Stabenow (D-MI) and Michigan Court of Claims Judge Cynthia Stephens in the lead up to and following the November 2020 election

LANSING – Two men are facing criminal charges for reportedly making threats against public officials in the events leading up to and following the November election, Michigan Attorney General Dana Nessel announced on Tuesday.

Daniel Thompson, 62, formerly of Gregory and now living in Harrison, is charged with three counts of malicious use of service provided by a telecommunications service provider, a six-month misdemeanor and/or a $1,000 fine.

The voicemail message for Stabenow left by Thompson, who identified himself as a Republican, contained vulgar language and threatened violence meant to intimidate the public officials. Thompson stated he was angry about the results of the November election, that he joined a Michigan militia and that there would be violence if the election results were not changed. In an email to Stabenow’s office, he reiterated the threatening remarks and used vulgar language.

Thompson also spoke with a staff member from Slotkin’s office for more than an hour in which he claimed people will die and used violent references, while also noting events that took place at the Capitol building.

Clinton Stewart, 43, of Douglas, Georgia, is charged with one count of malicious use of service provided by a telecommunications service provider, a six-month misdemeanor and/or a $1,000 fine.

The AG’s Office alleges that on Sept. 18 Stewart left a threatening voicemail message for Michigan Court of Claims Judge Cynthia Stephens in which he accused “activist judges” of making rulings that favored then-presidential candidate Joe Biden to win the election through mail-in ballots.

The message was discovered by an employee of Stephens’ office on Oct. 2, shortly after Stephens ruled in favor of plaintiffs in Michigan Alliance for Retired Americans v Secretary of State. In that ruling, which was ultimately overturned by the Michigan Court of Appeals, Stephens granted plaintiffs’ request for declaratory and injunctive relief with respect to the receipt deadline for absentee ballots and ballot-handing restrictions that limit who can lawfully possess another voter’s absentee ballot.

The charge against Stewart was filed in Wayne County’s 36th District Court in Detroit.

“It is unacceptable and illegal to intimidate or threaten public officials,” Nessel said. “To those who think they can do so by hiding behind a keyboard or phone, we will find you and we will prosecute you, to the fullest extent of the law. No elected official should have to choose between doing their job and staying safe.”

Arraignments of both defendants remain pending and no additional court dates have been scheduled.