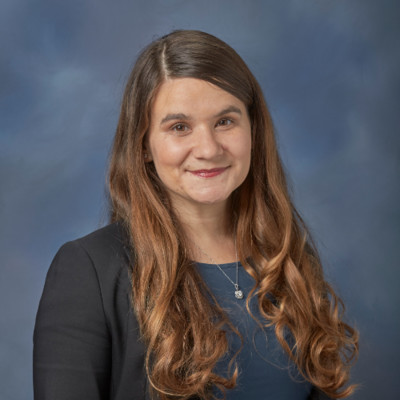 DEARBORN HEIGHTS — Along with all of the other changes that have occurred over the last month at City Hall, there is a newly appointed chief of staff in the mayor’s office.

Upon Mayor Bill Bazzi’s appointment, former Chief of Staff Krissy Laslo was relieved of her position and Mariana Hernandez was appointed.

Hernandez, who most recently served as the corporate and foundation relations officer at Lawrence Tech University, said she has worked extensively with the region’s top contributors.

“I have developed and managed relationships that lead to productive collaborations by effectively assessing the other’s interests and strengths while subsequently identifying the educational and economic advantages of cooperation,” she said. “I also previously worked for the dean at the College of Business and Information Technology at Lawrence Tech and served on the College Management Assessment Committee when the college was going through the Association to Advance Collegiate Schools of Business (AACSB) accreditation.”

Having grown up in San Rafael, Heredia in Costa Rica, Hernandez decided at the age of 16 she wanted to see the world.

During her time there, she also attended an affiliated program through the University of Virginia Semester at Sea, a multi-country study abroad program on a ship that took her to 12 countries around the Atlantic Ocean.

“While in Costa Rica, I worked as the assistant resident director for the American Institute of Foreign Studies,” she said. “Most recently, I earned a master’s in technical and professional communications from Lawrence Tech. With my studies, travel and work experience, I have expertise in administration, project development, program management, organizational development, team building and communications.”

Hernandez said that she is dedicated to serving the community through her career and as a volunteer.

“I have a passion for improving and impacting people’s lives for the better,” she said. “I have a passion for learning and making a difference in people’s lives. I participate in multiple professional and community organizations, including the Southfield Area Rotary Club, Global Ties Detroit, the Southfield Chamber of Commerce, The Detroit Women’s Brain Exchange and the Centro Cultural Hispano, among others.”

Hernandez and her husband, Vladimir Rozovskiy, whom she met at Westminster College and married on Feb. 22 2020, live with her parents in Oak Park. Her grandparents are from Costa Rica, Lebanon, Nicaragua and Norway.

Bazzi said he believes Hernandez is very qualified for the position.

“Mariana is an intelligent, organized and professional leader,” he said. “She is a highly motivated individual who is active in community service initiatives and genuinely cares about the wellbeing of others. She brings a positive and professional energy to any organization and our city.”