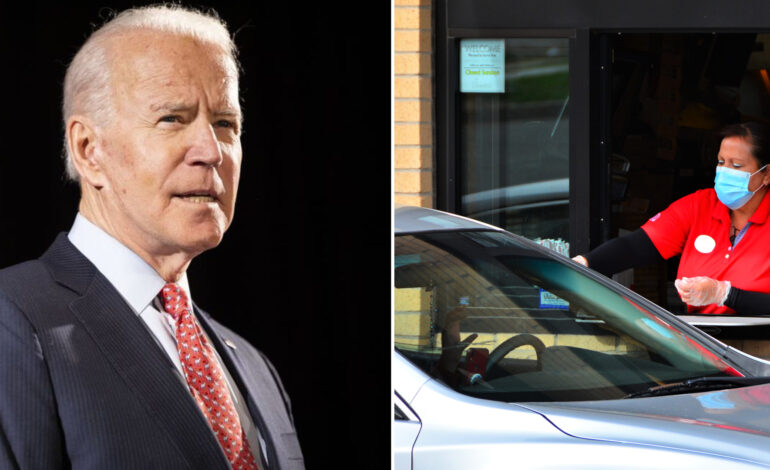 WASHINGTON, D.C. — The Democratic party has effectively abandoned a push to raise the federal minimum wage to $15 an hour as part of President Biden’s coronavirus relief legislation, despite wide popularity of the measure among Americans.

Democratic leadership, including Biden and Senate Majority Leader Chuck Schumer, said the effort would have died in the Senate due to a ruling on parliamentary procedure, but said little about how their party would have had full ability to override or set that procedure in this instance.

Biden had earlier promised the wage increase — the first since 2009 — from the current $7.25, as part of the COVID-19 relief bill recently passed in the House. The other aspects of the bill, like the $1400 direct payments to Americans, would be passed through a maneuver called reconciliation, which would have bypassed Republican support for the bill’s passage in the Senate.

But Senate parliamentarian Elizabeth McDonough ruled last week that the wage hike was not allowable in the bill using the budget reconciliation process.

White House Press Secretary Jen Psaki said Biden was “disappointed”, but that he “respects the parliamentarian’s decision and the Senate’s process.” Schumer also expressed disappointment in the measure’s defeat.

With the abandonment of the promise by top Democrats, “progressive” members of the party also abandoned a “Plan B” to use the tax code to punish companies that don’t raise wages to at least $15 an hour.

But, an NBC analysis shows, Biden and Schumer are “well aware that the parliamentarian — a staff member — holds no formal power in the body of elected officials” and that President Kamala Harris, as presiding officer of the Senate, ultimately has the authority to rule one way or another on the whether the wage increase could have been passed through reconciliation.

Democrats could also have replaced McDonough, like Republicans did in 2001, in order to move tax cuts through the Senate under then-President George W. Bush.

On Monday, Vermont Senator Bernie Sanders called on Democratic colleagues to “ignore” the parliamentarian’s ruling and pledged he would force a vote on the issue his week.

“My personal view is that the idea that we have a Senate staffer, a high-ranking staffer, deciding whether 30 million Americans get a pay raise or not is nonsensical,” he said. “We have got to make that decision, not a staffer who’s unelected, so my own view is that we should ignore the rulings, the decision of the parliamentarian.” 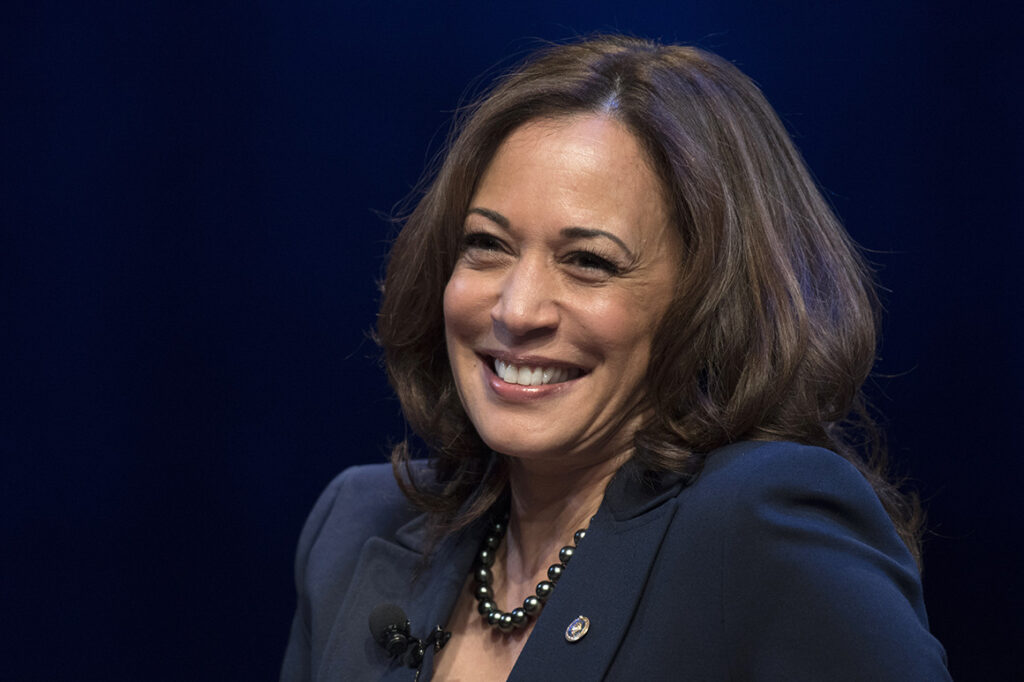 Democrats are well aware that Vice President Kamala Harris, as presiding officer of the Senate, has the ultimate authority to rule one way or another on the whether the wage increase could have been passed through reconciliation

A poll released recently by Reuters/Ipsos showed strong support for the wage increase: 59 percent of adults surveyed supported a $15 minimum wage, while 34 percent opposed it.

As NBC’s political analyst Jonathan Allen points out, “a more compelling reason for Democratic leaders to drop the wage hike is fear of a backlash from the business community”, which could hurt support from the millionaire class and small business coalitions when it comes time to fundraise.

A “Plan B” backed by Sanders and others that would levy a tax penalty for businesses that don’t raise pay would have had to go through the same parliamentary rule assessment. 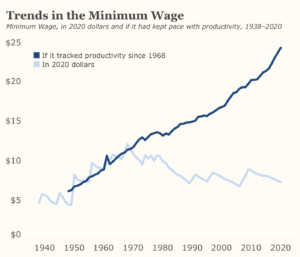 And even if that plan had worked, it wouldn’t have ensured that all business would comply and that all workers would get a wage increase (some employers could choose to pay the tax and continue to underpay their workers).

In this way, the Biden administration was able to divert the blame of not passing a measure hugely popular among Americans by lamenting that parliamentary rules left their hands tied. Much of the country is now left with its $7.25 an hour minimum wage.

Though abandonment of the wage increase push will have dire consequences for millions of workers, as economic experts have long noted, the $15 minimum would have been a paltry measure to begin with. In relation to the growth of the economy over the last decades, an actual minimum wage increase would be far greater.

As Dean Baker, co-director of the Center for Economic and Policy Research (CEPR), has observed, “if the minimum wage did rise in step with productivity growth since 1968 it would be over $24 an hour today.”