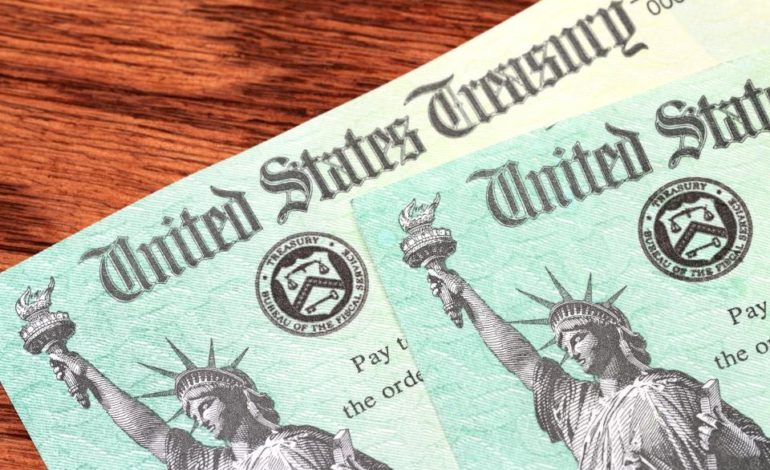 The checks can begin going out to most Americans this month, after the U.S. Senate passed President Biden's COVID-19 relief bill on Saturday

WASHINGTON, D.C. — President Biden said on Saturday that the U.S. Senate passage of his $1.9 trillion coronavirus aid bill means that $1,400 payments to most Americans will start to go out this month and the bill’s provisions will speed up manufacturing and distribution of vaccines.

Biden, speaking at the White House after the American Rescue Plan bill passed the U.S. Senate on a party-line 50-49 vote, said that more than 85 percent of American households will receive payments, with a couple with two children making $100,000 annually receiving about $5,600.

The U.S. Senate passed Biden’s $1.9 trillion COVID-19 relief plan in a party-line vote on Saturday, after an all-night session. The final bill includes $400 billion in one-time payments of $1,400 to most Americans, $300 a week in extended jobless benefits for the 9.5 million people thrown out of work in the crisis and $350 billion in aid to cash-strapped state and local governments.

The Senate voted 50-49, with no Republicans voting in favor. Now, the bill needs to return to the House of Representatives, which approved a slightly different version a week earlier.

Republican Senator Dan Sullivan of Alaska left Washington on Friday night for a family funeral, meaning that Democrats did not need Vice President Harris’ tie-breaking vote in the normally 50-50 chamber.

Democrats broke out in applause amid passage of the bill in on Saturday, and liberal independent Senator Bernie Sanders fist-bumped Senate Majority Leader Chuck Schumer.

Schumer said the bill would help the country get the upper hand against a pandemic that has killed more than 520,000 people across the United States and upended most aspects of daily life.

“I want the American people to know that we’re going to get through this and someday soon our businesses will reopen, our economy will reopen and life will reopen,” Schumer said.

Senate Republican Leader Mitch McConnell, however, had harsh words about the measure.

“The Senate has never spent $2 trillion in a more haphazard way or through a less rigorous process,” he said.