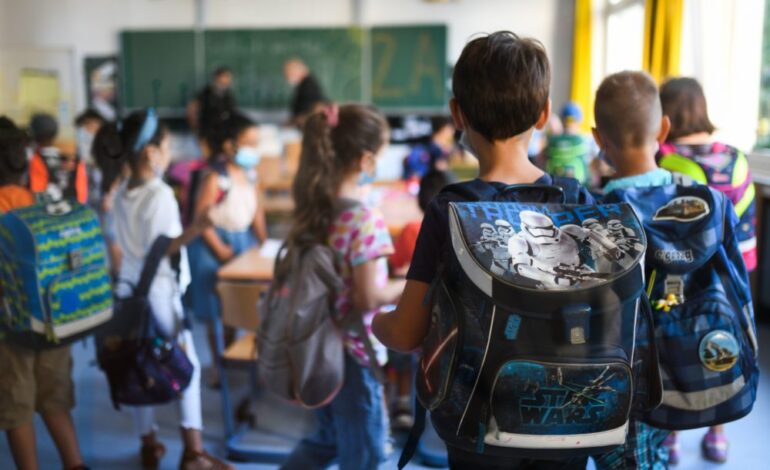 A Gallup poll released Thursday shows particularly strong support among parents who identify as Republican to get their children back in classrooms for in-person learning.

The poll results are based on self-administered web surveys conducted Feb. 14-21, with a random sample of 860 adults, aged 18 and older, who are parents of students in kindergarten through 12th grade and are members of the Gallup Panel. Gallup uses probability-based, random sampling methods to recruit its panel members.

The survey asked parents whether they, “support providing in-person schooling for elementary and secondary students for your community right now.”

Ninety-four percent of those who identify as Republicans said they supported in-person learning for their children and 62 percent of Democrat-identifying survey takers said yes to the question.

The lower numbers in the western part of the country indicate the extremely high levels of community spread of COVID-19 in states like California. More than 3.6 million total positive cases of the virus have been reported in that state alone, as of press time, with almost 55,000 deaths.

The survey results show the difficulty faced by working parents in homeschooling their children and having to rely on work with only temporary monetary support from the state and federal government during the pandemic.

Gallup says working parents have had a particularly challenging experience during the pandemic, trying to manage their own work schedules while helping their children with fully remote or hybrid learning since last March. This tension has been blamed for stress in their jobs and a deficit in their children’s learning.

It has also had an economic effect on some households as 13 percent of working parents report they reduced their work hours and 7 percent quit their jobs to help a child with remote learning, according to the survey.

The Gallup survey was taken shortly after the Centers for Disease Control and Prevention (CDC) issued updated guidance for keeping children, teachers and staff safe in schools. The CDC has not included vaccinating teachers as a condition to holding in-person classes, but teachers’ unions around the country have called for prioritizing immunizations of teachers.

Moreover, the Biden administration and state and local Democratic leaders have attempted to gloss over concerns by both parents and teachers who know the complications of social distancing in schools, implementing mask-wearing for children and lack of vaccine data for students.

Studies have shown the impact of keeping schools closed for in-person learning on the overall community spread of the virus, and the likelihood of children catching the virus, even though President Biden himself has insisted children are in no danger of spreading the virus to their homes.

An investigation published by the CDC itself last month shows the transmission from teachers resulted in about half of 31 school-related cases in a Georgia district. An earlier touted study by the agency used to back its return-to-school recommendation was based on a small rural Wisconsin town, not reflective of heavily population urban districts in many parts of the country.

A study published in the journal Science by a group of international researchers shows, “’Closing both schools and universities was consistently highly effective at reducing transmission at the advent of the pandemic’ when combined with other restrictions on gatherings and activities.”

Though state vaccine data by profession are not yet available, teachers in Wayne County have been part of a large second wave of vaccines initiated in the state earlier in the year.