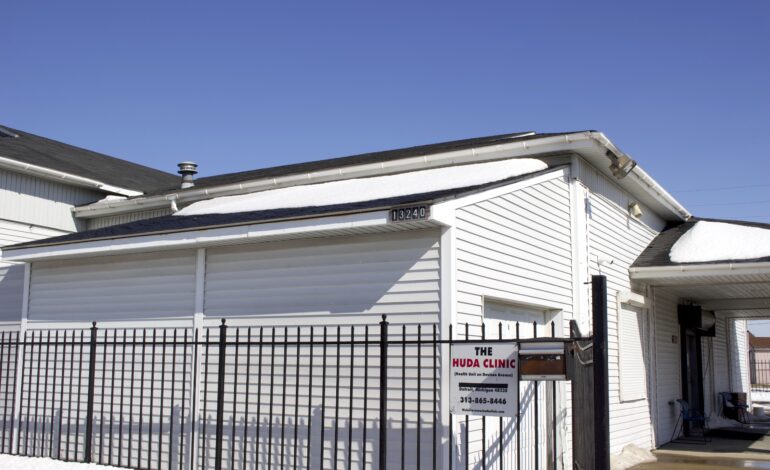 The free clinic has plans to build on its mission to bring much needed primary, speciality and mental health care to the neighbors that depend on it. Photo: Hassan Abbas/The Arab American News

DETROIT – 2021 should be a transformative year for HUDA Clinic in Detroit.

Located near the Highland Park enclave in Detroit, the free clinic has been providing essential medical and psychological care services to the low income communities in Detroit and Hamtramck for almost two decades. The urgency of that care only intensified during COVID-19’s grip on the region.

Through changes and expansion, the clinic has never lost sight of its core mission, which is a holistic one, employing research and practice in both mind, body and socioeconomic considerations to serve those left behind by the country’s for profit health system. With vaccines bringing some optimism, the clinic will continue this mission and hopes to build further on those principles this year.

Though many in HUDA’s staff and volunteers, including its board, identify as Muslim, as do many of its south Asian and Arab patients, the clinic makes a point of welcoming all faiths and backgrounds. The clinic is not federally funded and does not bill Medicare or Medicaid for services, and relies on donations. It operates almost entirely with volunteers and has few paid staff. In 2019, HUDA Clinic had 100 professional healthcare volunteers and 355 student volunteers.

That’s some impressive growth, given the clinic’s humble beginnings in 2004, upstairs in the Muslim Center Masjid that still sits across the street from the professional building the clinic has operated out of since 2012. 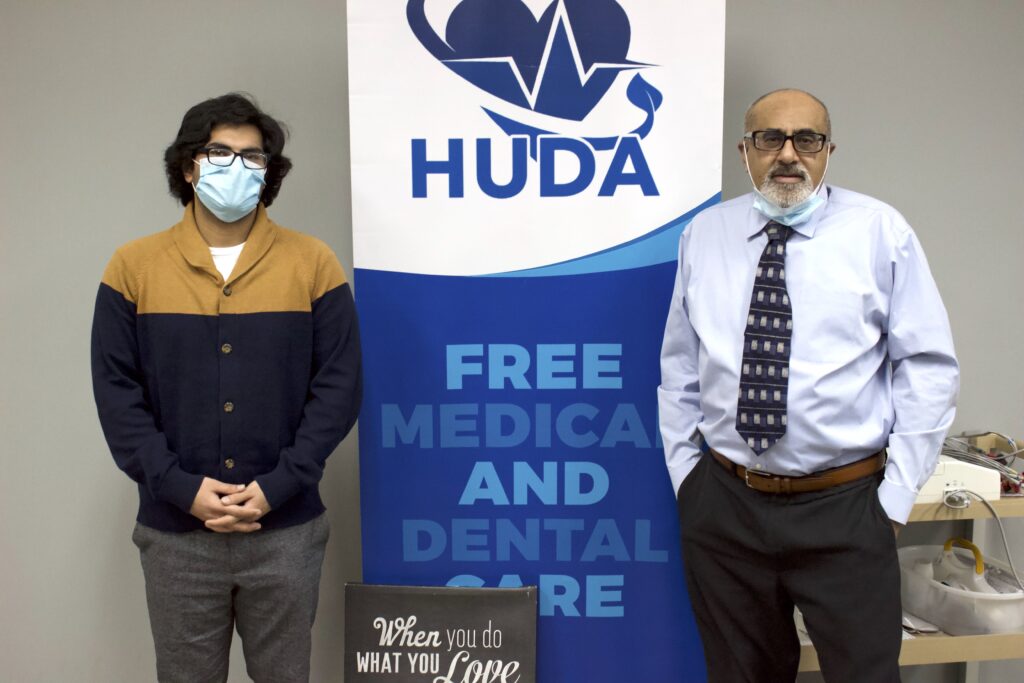 We are providing a service for people that fell through the gaps – Dr. Zahid Sheikh

Sheikh said he and some partners and volunteers started the clinic inside the mosque as the Islamic Charitable Community Clinic. The realities of post 9/11 Islamophobia and discrimination touched even the clinic’s charitable ambitions.

“The word “Islamic” after 2001 is synonymous with terrorism and hatred, I’ll say that bluntly,” Sheikh said. “It got so bad that even pharmaceutical reps wouldn’t come to the free clinic.”

The name HUDA (Health Unit on Davison Avenue) came out of a need to let the wider community know it was there to service all people that needed it.

“It was after that the non-Muslim community began giving us some more respect and dignity, which is sad, but is the truth of the matter,” Sheikh said.

In 2012, HUDA Clinic moved from its location inside the Muslim Center of Detroit to a larger facility on Woodrow Wilson Street. 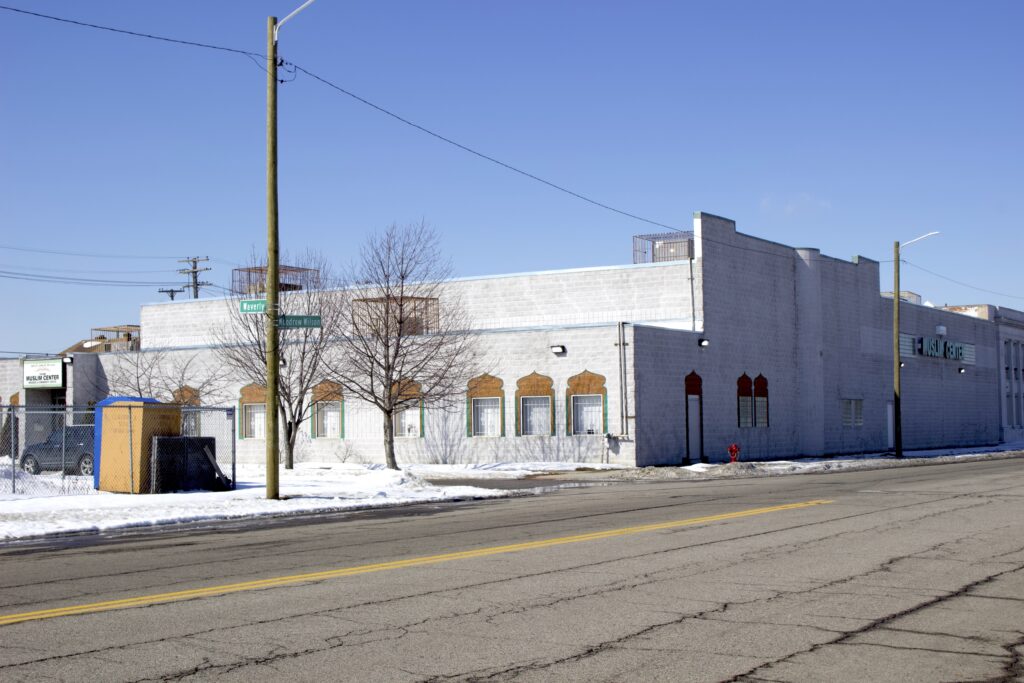 The clinic began upstairs in the Muslim Center of Detroit, which still sits across its new facility. Photo: Hassan Abbas/The Arab American News

The clinic now provides primary care, dental and vision services, mental health and speciality care such as cardiology and podiatry. It even has a free on-site pharmacy, health and nutrition education and more.

“We are providing a service for people that fell through the gaps,” Sheikh said.

Passage of the Affordable Care Act in 2010 did not eliminate the need for a clinic like HUDA. Instead, its patients’ status changed from uninsured to underinsured due to the high cost of insurance premiums, deductibles, and co-pays. Today, many HUDA patients cannot afford treatment through their assigned primary care physician or are uninsured because of immigration status, employment, or other factors.

“A lot of our patients are underemployed,” Hassan said. “Their wages relative to the cost of living is low. They can’t afford primary care, which is why we exist.”

For many in the immigrant communities, people have to pay 10 years into Medicare before they get any use from it, Hassan added.

HUDA Clinic has been providing essential medical and psychological care services to the low income communities in Detroit and Hamtramck for almost two decades. The urgency of that care only intensified during COVID-19’s grip on the region. All photos: Hassan Abbas/The Arab American News

We want to have the clinic open on more days, we want to see more patients, and in order for us to do that, we need a consistent supply of physicians – Mouhammed Hassan

The clinic sees many from the Yemeni, Bengali and Chaldean hubs surrounding it. It also helps new immigrants connect with food services and finding medicine it itself doesn’t carry.

The clinic has seen an increase in patients and a decrease in donations during the peak months of the COVID-19 pandemic. Besides switching to telemedicine, the clinic had to scale back staff because of social distancing. Those logistic challenges are slowly being overcome, and the clinic is looking forward to a good year of fundraising. But the clinic needs the broader community’s help.

“We need more volunteers, not only student but medical professionals,” Hassan said. “That’s one of our goals. We want to have the clinic open on more days, we want to see more patients, and in order for us to do that, we need a consistent supply of physicians.”

HUDA puts importance on the mental health of its patients. Researchers know well how this can have a positive effect on patient outcomes. Care providers at the clinic also know that patients’ socio-economic circumstance effect their mental health in particular ways. The clinic does its best to encourage its patients to seek psychological care.

Sheikh and Hassan have noticed how many young Muslims are left without proper avenues to seek mental health and addiction care, because of stigmas.

“Seeing a psychiatrist can be a taboo in the Arab community,” Hassan said. “Because of that stigma, you see people internalizing mental issues, and you see a correlation with depression and substance abuse.”

Beyond primary and mental care, HUDA is uniquely dedicated to the needs of its surrounding communities, and the well being of its neighbors. 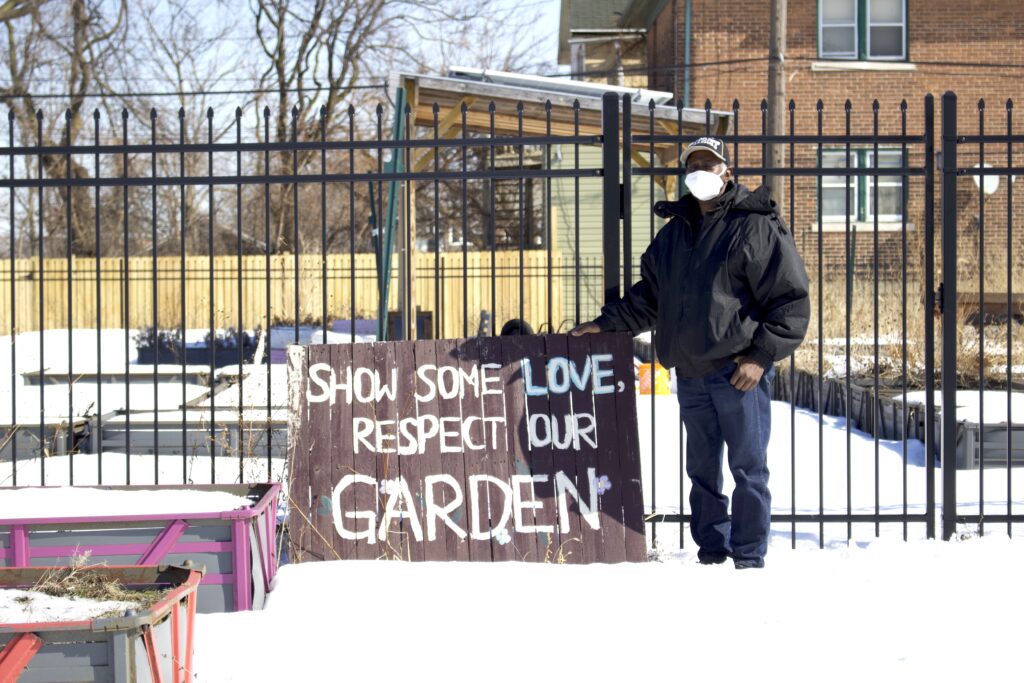 The HUDA Urban Garden was established in 2014 to address the nutritional needs of HUDA patients and the community. This 6,000 sq. ft. urban farm was created and is staffed entirely by volunteers and distributes free produce to HUDA Clinic patients and nearby food banks. The garden is one piece of a larger more ambition plan the clinic has to touch the lives of its neighbors.

“We have huge African American population here,” Sheikh said. “I want them, especially those from the younger generation, to feel welcome here. This is their institution. We have an integrated environment here, I want neighboring kids to come and volunteer here and learn that the health care profession is an honorable profession. We can give them something to look forward to.”

The clinic is located at 13240 Woodrow Wilson St., in Detroit. Hours of operation and more can be found at www.hudaclinic.org