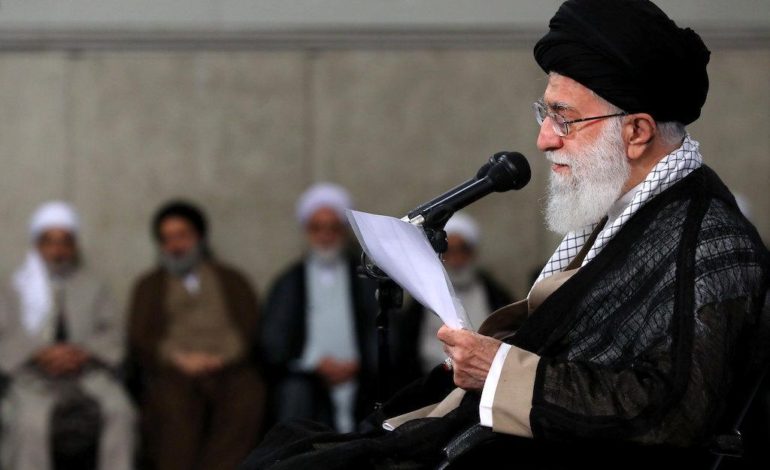 TEHRAN — Iran does not trust U.S. promises on lifting sanctions and will only return to its commitments under a 2015 nuclear deal once Washington fully removes the measures, Iranian Supreme Leader Ayatollah Ali Khamenei said on Sunday.

The administration of President Biden is exploring ways to restore the 2015 nuclear deal that Iran signed with major world powers, but which was abandoned in 2018 by then-President Trump, who reimposed sanctions. Iran retaliated by breaching the terms of the accord in a step-by-step response.

The U.S. and the other Western powers that signed the 2015 deal appear to be at odds with Tehran over which side should return to the accord first, making it unlikely that U.S. sanctions which have crippled Iran’s economy can be quickly removed.

“We trusted America at the time of (former U.S. President) Obama and fulfilled our commitments, but they didn’t,” Khamenei said in a speech on state TV. “The Americans said on paper that sanctions will be lifted, but they didn’t lift sanctions in practice. Their promises have no credibility for us.

“On paper they said the sanctions were lifted, but they told any company that wanted to sign a contract with us that this was dangerous and risky,” Khamenei added. “They scared away investors.

“The Americans must lift all sanctions,” Khamenei said. “We will verify it and if sanctions are… really cancelled, we will return to our obligations without any problems. We have a lot of patience and we are not in a hurry.”

Khamenei, who has the final say in matters of state, said Iranian planners should act on a worst-case scenario that sanctions would not be lifted soon.

“You should assume that sanctions will remain in place and plan the country’s economy based on sanctions,” Khamenei said, addressing current officials and those who might take over after the country’s presidential election in June.