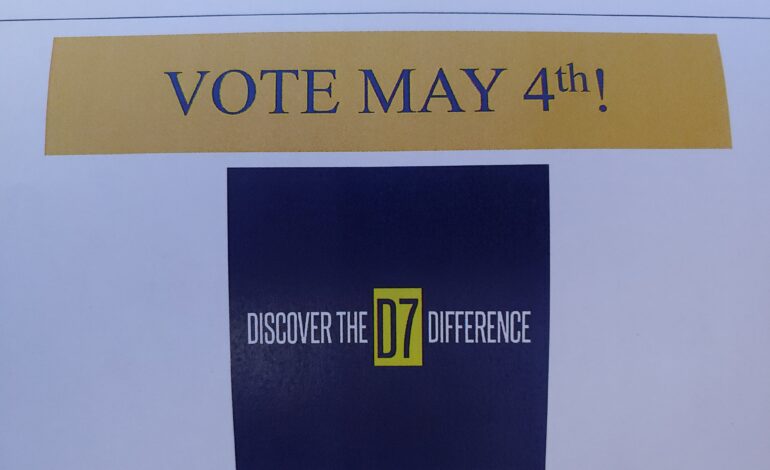 DEARBORN HEIGHTS — The D7 School Board hosted a town hall event to notify residents about the purpose of the special election on May 4 for a bond approval.

The bond would be for $6.4 million and go directly to school enhancements.

“On May 4th there is a special election that is only for this bond proposal,” Superintendent Jennifer Mast said. “This bond proposal is a $6.4 million bond and it is a net zero tax increase to the community members. So whatever taxes you paid last year, that will be the same amount of taxes this year if the bond passes, so there is no change from last year to this year based on this particular bond.”

The $6.4 million bond would be split up into three different large projects.

The first project, for $1.7 million, would include a new turf football field at Chircop site, baseball dugout enhancements and parking lot improvements. 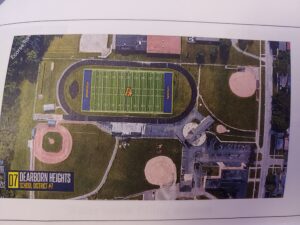 Photo of the proposed new field enhancements if the bond passes.

“The  high school auditorium is a great space, but it’s very outdated,” Mast said. “It needs pretty much a complete overhaul, so new floors, new seats, air conditioning, lights, sound, everything you can think of needs to be redone in that space and that would be done with bond dollars.” 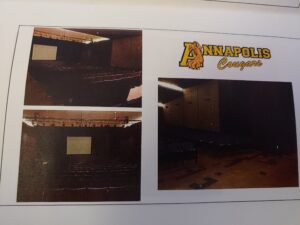 Photos from the presentation of Annapolis High School’s auditorium.

“Madison is the last building to receive this, not because they don’t need it, but because everything costs money and we’ve been going in order,” Mast said. “Madison houses the fewest amount of students, so therefore they’ve been the last one on that list, but they are definitely in need of that. It will make it so that if anyone enters the building, they cannot get past the office into the hallways without being checked in by someone.”

Another $1.3 million of the bond money would go towards upgrading electrical systems, including upgrades to clocks and bells, installing a new PA system at Pardee, Polk and O.W. Best schools and energy enhancements.

Mast said that with the bond, all projects could be completed within two years.

With the bond proposal the only thing on the ballot for the special election on May 4, the district has sent flyers in the mail and to the senior center to spread the word about the election. Of the votes received during that election, they need a majority yes to pass.