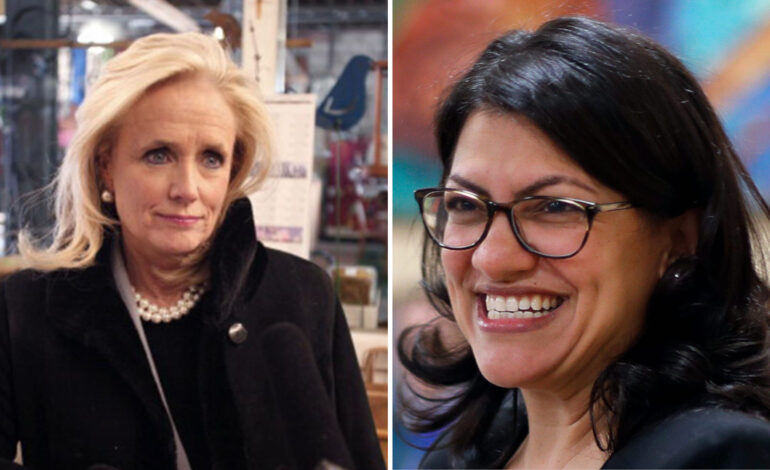 “As a strong, proud and unapologetically Arab American woman in Congress, it is an honor to introduce this new Arab American Heritage Month resolution uplifting our contributions to this nation,” said Palestinian American Tlaib, who introduction of a resolution honoring Arab American Heritage Month last year. “This resolution is a symbol of our utmost appreciation and thanks for the contributions Arab Americans have made for generations and the ones to come that will no doubt continue our historic legacy. Our love and pursuit of freedom, justice and equity makes this country a better place and I look forward to seeing that officially recognized.”

“In my hometown of Dearborn and across the country, Arab Americans are part of the fabric of our community,” Dingell said. “The Arab community in Michigan has always been strong and vibrant, and at this time it’s heartening to see so many stepping up and being leaders in the community. From the economic impact of the Arab American business community to the important philanthropic work that our community centers and religious institutions put forward throughout the pandemic – I’m proud to celebrate them this Arab American Heritage Month.”

“Since Arabs began immigrating into the United States in large numbers during the late 19th century, Arab Americans have been a fundamental part of American cultural, political, industrial and social life,” said Adam Beddawi, D.C. policy manager at ACCESS and the National Network of Arab American Communities (NNAAC). “Arab Americans have served this nation in each level of government; produced compelling art, movies and media; invented life-saving medical tools and technologies; served in high-ranking military roles and served their communities as teachers, lawyers, factory workers, restaurateurs and medical professionals.

“During the postwar economic boom, many Arab American immigrants contributed to the development of the American automotive industry and developed a veritable home-away-from-home in Dearborn, where ACCESS is located. The same was true of “Little Syria” in Lower Manhattan and Brooklyn, a thriving ethnic enclave, which Arab immigrants developed while pursuing employment opportunities in the city center. This Congressional Resolution importantly recognizes that Arab Americans have been able to contribute to the development of a vibrant American culture while holding onto distinctly Arab cultural mores.”

The full text of the newly introduced resolution can be read here.