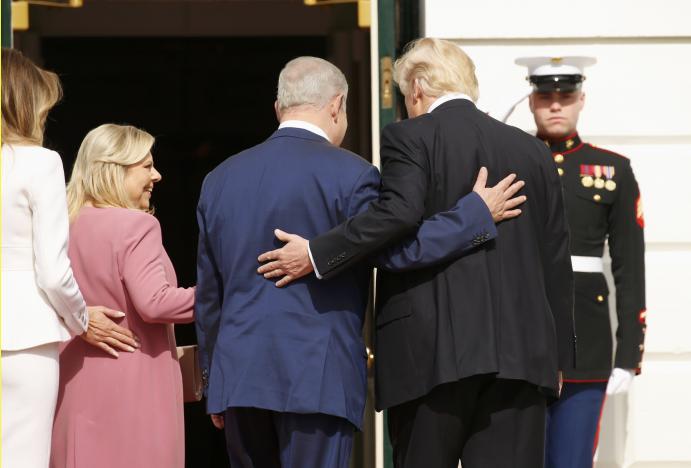 Israeli Prime Minister Benjamin Netanyahu is as much American as he is Israeli. While other Israeli leaders have made their strong relationship with Washington a cornerstone in their politics, Netanyahu’s political style was essentially American from the start.

Netanyahu spent many of his formative years in the U.S. He lived in Philadelphia as a child, graduated from Cheltenham High School and earned a degree in management from the Massachusetts Institute of Technology in 1976. He then opted to live in the U.S., not Israel, when he joined the Boston Consulting Group.

Presumably for familial reasons, namely the death of his brother Yonatan, Netanyahu returned to Israel in 1978 to head the “Yonatan Netanyahu Anti-Terror Institute.” This did not last for long. He returned to the U.S. to serve as Israel’s permanent representative to the United Nations from 1984 to 1988. At the time, Israel was ruled by a coalition government, which saw the rotation of two different prime ministers, Labor party leader Shimon Peres and Likud leader Yitzhak Shamir.

Even in the last three decades when Netanyahu became more committed to Israeli politics, he remained, at heart, American. His relationship with U.S. elites was different from that of previous Israeli leaders

Then, terms like “Labor” and “Likud” meant very little to most American politicians. The U.S. Congress was, seemingly, in love with Israel. For them, Israeli politics was a mere internal matter. Things have changed in the following years, in which Netanyahu played a major role.

Even in the last three decades when Netanyahu became more committed to Israeli politics, he remained, at heart, American. His relationship with U.S. elites was different from that of previous Israeli leaders. Not only were his political ideas and intellect molded in the U.S., he also managed to generate a unique political brand of pro-Israel solidarity among Americans. In the U.S., Netanyahu is a household name.

One of the successes attributed to Netanyahu’s approach to American politics was the formation of deep and permanent ties with the country’s burgeoning Christian fundamentalist groups. These groups, such as John Hagee’s Christians United for Israel, used the support for Israel — based on messianic and biblical prophecies — as a point of unity and a stepping stone into the world of politics. Israel’s Netanyahu used them as reliable allies who, eventually, made up for the growing lack of enthusiasm for Israel among liberal and progressive circles across the U.S.

The Israel-evangelical connection may have seemed, at the time, a masterful stroke that could be attributed to the political “genius” of Netanyahu. Indeed, it looked as if Netanyahu had guaranteed American loyalty to Israel indefinitely. This assertion was demonstrated repeatedly, especially as the fundamentalists came to Israel’s rescue whenever the latter engaged in war or faced any threat, whether imagined or fabricated.

Trump had no other option but to make the support for Israel a core value to his political campaign. His base would have never accepted any alternative

As American politics shifted towards more populist, demagogic and conservative ideologies, the evangelicals moved closer to the centers of power in Capitol Hill. Note how Tea-party conservatism, one of the early sparks of the chaotic Trumpism that followed, was purportedly madly in love with Israel. The once marginal political camps, whose political discourses are driven by a strange amalgamation of prophecies and realpolitik, eventually became the “base” of President Trump. Trump had no other option but to make the support for Israel a core value to his political campaign. His base would have never accepted any alternative.

A prevailing argument often suggests that Netanyahu’s mortal error was making Israel a domestic American issue. Whereas the Republicans support Israel — thanks to their massive evangelical constituency — the Democrats have slowly turned against Israel, an unprecedented phenomenon that only existed under Netanyahu. While this is true, it is also misleading, as it suggests that Netanyahu simply miscalculated. But he did not. In fact, Netanyahu has fostered a strong relationship with the various evangelical groups, long before Trump pondered the possibility of moving to the White House. Netanyahu simply wanted to change the center of gravity of the U.S. relationship with Israel, which he accomplished.

For Netanyahu, the support of the American conservative camp was not a mere strategy to simply garner support for Israel, but an ideologically motivated choice, linking Netanyahu’s own beliefs to American politics using the Christian fundamentalists as a vehicle. This assertion can be demonstrated in a recent headline from The Times of Israel: “Top evangelical leader warns: Israel could lose our support if Netanyahu ousted.” 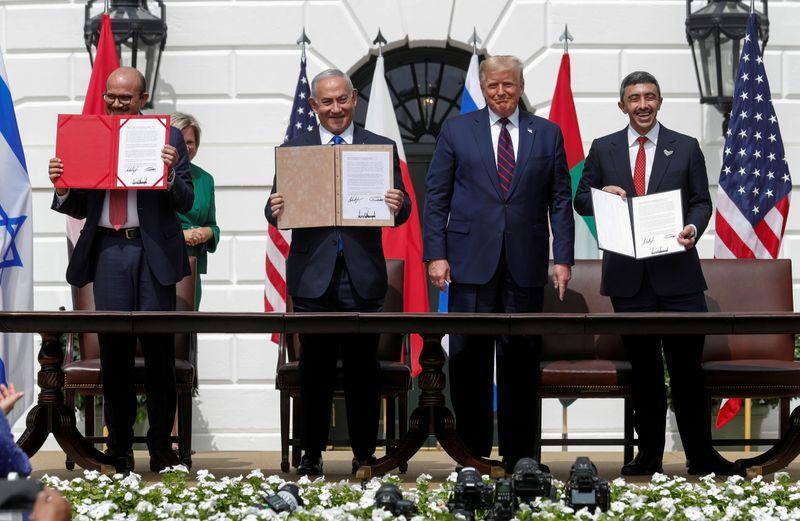 In recent weeks, many comparisons between Netanyahu and Trump began surfacing. These comparisons are apt, but the issue is slightly more complex than merely comparing political styles, selective discourses and personas

This “top evangelical leader” is Mike Evans, who, from Jerusalem, declared that “Bibi Netanyahu is the only man in the world that unites evangelicals.” Evans vowed to take his 77 million followers to the opposition of any Israeli government without Netanyahu. Much can be gleaned from this, but, most importantly, U.S. evangelicals consider themselves fundamental to Israeli politics, their support for Israel being conditioned on Netanyahu’s centrality in that very Israeli body politic.

In recent weeks, many comparisons between Netanyahu and Trump began surfacing. These comparisons are apt, but the issue is slightly more complex than merely comparing political styles, selective discourses and personas. Actually, both Trumpism and Netanyahu’s brand of Likudism — call it Netanyahu-ism — have successfully merged U.S. and Israeli politics in a way that is almost impossible to disentangle. This shall continue to prove costly for Israel, as the evangelical and Republican support for Israel is clearly conditioned on the latter’s ability to serve the U.S. conservative political — let alone spiritual — agenda.

Similarities between Trump and Netanyahu are obvious, but they are also rather superficial. Both are narcissistic politicians who are willing to destabilize their own countries to remain in power, as if they both live by the French maxim, Après moi, le déluge — “After me, the flood.” More, both railed against the elites and placed fringe political trends — often marred by chauvinistic and fascist political views — at center stage. They both spoke of treason and fraud, played the role of the victim, posed as the only possible saviors and so on.

But popular political trends of this nature cannot be wholly associated with individuals. Indeed, it was Trump and Netanyahu who tapped into, and exploited, existing political phenomena which, arguably, would have taken place with or without them. The painful truth is that Trumpism will survive long after Trump is gone and Netanyahu-ism has likely changed the face of Israel, regardless of Netanyahu’s next step.

Whatever that next step may be, it will surely be situated in the same familiar base of Netanyahu’s angry army of Israeli right-wing zealots and Christian fundamentalists in the U.S. and elsewhere.