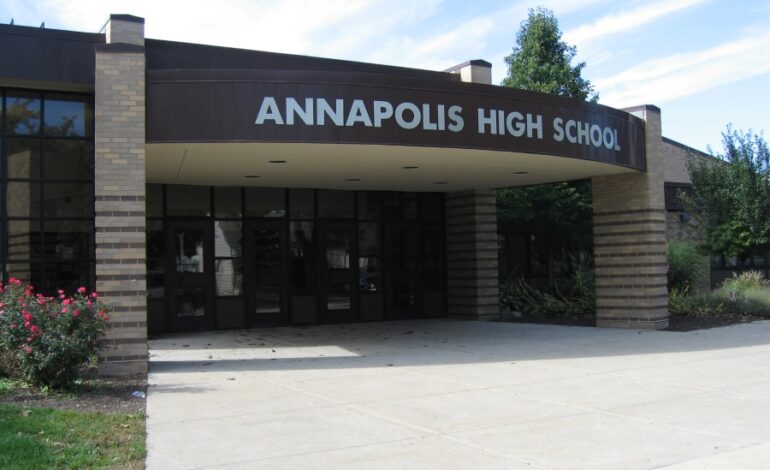 DEARBORN HEIGHTS — Less than 24 hours after a report of a suspicious person at Annapolis High School, Dearborn Heights police confirm the person is not a threat.

Residents on social media were voicing concern after a post on the department’s Facebook page alerted the community of suspicious activity at the high school.

The post said that an unidentified White man between the ages of 25-30 had entered the school without permission. He was observed looking into classrooms before leaving the building, but was also seen on video at two other schools in the district.

The morning following the post, the department commented that the subject was identified and was not a threat or danger to the community.

Detective Sergeant Chris Papalexis told The Arab American News that a tip had been provided to the department from the social media post.

“He was positively identified as a former student,” Papalexis said. “It was determined he did not have any connection to the other report of a suspicious individual at the school. There is no immediate danger or safety concern to the community or the students.”

Superintendent Jennifer Mast said that the individual had entered through a door that had been propped open.

“There are summer projects happening throughout the district,” she said. “A door at the high school had been temporarily propped open to allow workers to bring a hose into the building. The person entered through that door.”

Mast also said that the person was an Annapolis alum.

“The person was an AHS alumni who has moved out of state since he graduated several years ago,” she said. “He was back in town visiting family. He was out for a jog through the neighborhood when he came upon the open door. He remembered that one of his favorite teachers had a classroom right by that door and he went in to see if the teacher might be there for him to visit.”

With security being a priority, Mast said they do not anticipate any further issues in the district like this.

“All of our contract workers that are in the district are given thorough instructions about keeping doors secured,” she said. “They were reminded after this incident that all doors must be secured at all times. This would include having a worker or district security guard stand at a door that is propped open until the door is able to be closed. We do not anticipate another problem. This was a completely random instance where a door happened to be propped for a very short amount of time, and a former student happened to come by at that exact same time.

“There was no malicious intention, and no one was in danger at any time,” she added. “No students or staff came into contact with this person. Our security guard was the only person to confront the man and at that time the man exited the building. We always take an abundance of caution with any safety issues in the district, which is why we contacted the Dearborn Heights Police Department to assist us with identifying the man and finding out his reason for entering the building. District 7 will always take precautions to act in the safety and well being of the schools and community.”