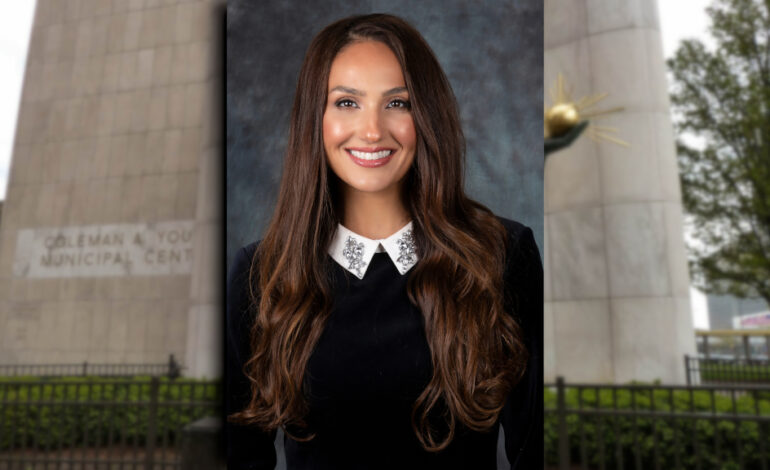 DEARBORN HEIGHTS — On Thursday, Governor Whitmer announced the appointment of Yvonna C. Abraham to the Wayne County Third Circuit Court. Abraham is the first Palestinian American judge in the state of Michigan.

Abraham currently serves as the magistrate and director of probation for the 20th District Court in Dearborn Heights. She also serves as a faculty member for the Michigan Judicial Institute New Magistrate Training Seminar. She previously served as a judicial attorney with the Wayne County Circuit Court and as a solo practitioner. She also served as an adjunct professor at Lawrence Technological University, teaching courses in business law.

Abraham earned her Juris Doctor degree from the University of Detroit Mercy School of Law and Bachelor of Business Administration from the University of Michigan-Dearborn. She is the president of the Michigan Association of District Court Magistrates and a member of the State Bar Judicial Ethics Committee, State Court Administrator’s Office Court Forms Committee and Women Lawyers Association of Michigan.

“I am honored and humbled to be chosen by the governor to serve on the Wayne County Circuit Court bench,” Abraham said. “As a magistrate, I understand the importance of fair and impartial proceedings and distributing justice with uncompromising integrity. I look forward to serving the people of Wayne County and the people of Michigan.”

Abraham lives in Dearborn Heights with her husband, Marwan and daughter, Lena.

The appointment was made to fill a partial term, which expires on January 1, 2023, after Judge Lita Masini Popke stepped down effective March 15. If Abraham wishes to seek a full six-year term, she will be required to run for reelection next November.

Whitmer also announced the appointment of Marlena E. Taylor to the 36th District Court in Detroit.