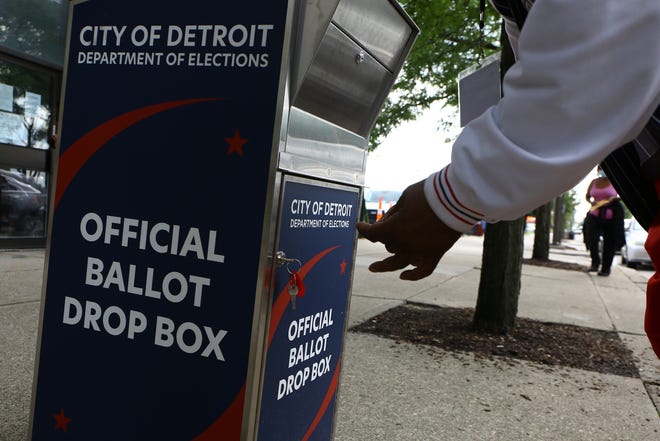 DETROIT — The Michigan Supreme Court has overturned the decisions of lower courts and ordered a proposed revision of Detroit’s city charter to appear on the August 3 ballot.

Usually a charter amendment proceeds to the ballot after earning approval from the governor and is rejected for the ballot if the governor vetoes it, but in this case, Governor Whitmer remained silent on the matter and declined to sign Proposal P for either approval or veto, which lawyers argued meant that it could not proceed to the ballot.

When Whitmer declined to sign Proposal P, Detroit Clerk Janice Winfrey certified it for Detroit’s primary, which prompted a suit from opponents who argued that the silence was a veto.

Justices ruled in a 4-3 order that the law governing charter amendments must be read against the backdrop of state constitutional language vesting locals with control over city charters, a provision of home rule control.

“When read together these constitutional provisions lead us to conclude that in the face of the statute’s silence as to the effect of the governor’s objection to a proposed charter revision,” the decision read, “we cannot interpret such silence as requiring gubernatorial approval before a charter revision is submitted to the electors or as granting the governor a veto power that cannot be overridden.”

The Detroit Charter Revision Commission had crafted an initiative seeking permanent charter changes, including ones related to expanded access to public transit and broadband Internet, water affordability and increased transparency and policing reforms after three years of review and drafting by the nine-member commission.

Justice Elizabeth Welch concurred with the majority and wrote a statement joined by Justice Richard Bernstein.

“The language governing charter amendments and revisions does not give the governor such unfettered power to prevent the electorate of a city from ever having an opportunity to vote on a proposed change to their city’s charter,” it read. “Such an interpretation would allow an individual to effectively disenfranchise the political voice and the vote of large portions of the Michigan electorate on matters of local concern, over which the state constitution guarantees them a right to be heard.”

“…the clear implication of the statute’s text, when read in its historical context, is that the governor’s veto power concerning charters proposed by a charter commission is absolute,” Viviano wrote in a statement joined by Zahra.

Both Whitmer and Detroit Mayor Mike Duggan have warned that the costs of adopting the charter provisions could put the city into bankruptcy again and prompt oversight by the Financial Review Commission.

The revisions would cost an estimated $3.4 billion over four years but the forecasted cost was lowered to $2 billion after the charter commissioners changed the plan.

Michigan Chief Financial Officer Jay Rising’s office said that if the revised charter is approved in August, the city’s four-year financial plan will no longer be balanced.

The proposal was crafted in part by the Detroiters’ Bill of Rights Coalition, a group of environmental, immigrant and disability advocates, along with housing, water and transit experts, and seeks to embed “fundamental human and civil rights” in the charter.

District 6 Councilwoman Raquel Castañeda-López said that the order is a win.

“The high court upheld the right of all residents of Michigan… to govern themselves and decide what is in their charter whether the governor disagrees or not,” she said. “Not to do so would have basically stripped Michiganders the right to vote on their charter. It’s ludicrous to say money has no influence. Today is a great step in the face of opposition that’s spreading misinformation.”