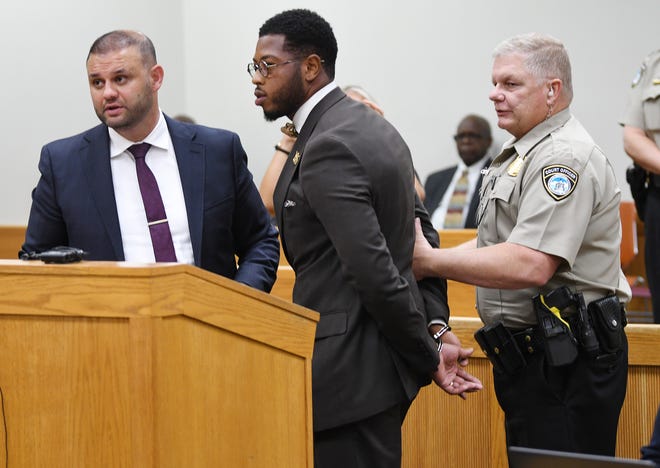 LANSING — State Rep. Jewell Jones (D-Inkster) was recently removed from all legislative committees due to his ongoing legal battles in Livingston County.

During the arrest, Jones had been taken to the ground by police, tased and maced. At the time, he reportedly had shown his badge, stated who he was and threatened to call Governor Whitmer.

Following his April arrest, Jones’ attorneys had cited excessive force during the arrest, but there has been no update since. 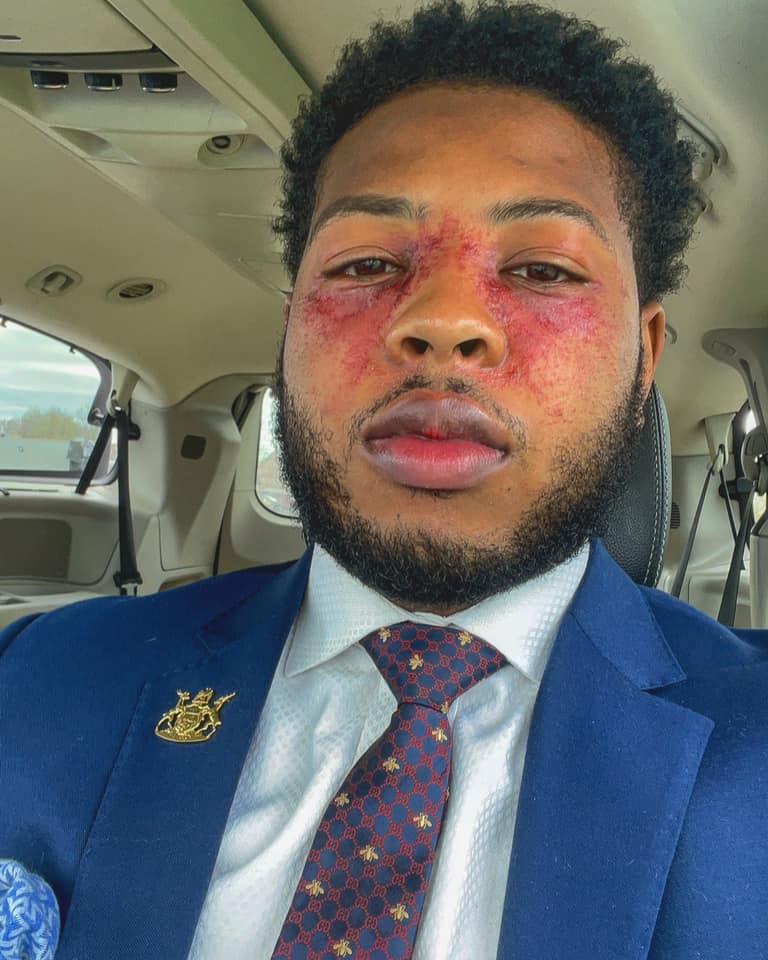 In June, July and the beginning of September, Jones was in court for violating his bond because his alcohol tether, that he has to pay for, at one point had shut off due to nonpayment and had read alcohol content when Jones is not supposed to be consuming any alcohol.

On Tuesday, Sept. 14, Jones was charged with two felonies after prosecutors allege he brought a handcuff key into the Livingston County Jail following his hearing for his third bond violation.

“Allegations in this matter allege the defendant taping a handcuff key to the bottom of his foot with clear tape and was found by Livingston County Corrections Officers upon his incarceration,” Livingston County Chief Assistant Prosecuting Attorney Carolyn Henry wrote.

Jones was charged with one count of bringing a weapon into a jail and one count of escape while awaiting a felony trial.

Jones had pleaded guilty to his third bond violation and was handcuffed and transported to the jail after Livingston County Judge Michael Hatty revoked his bond.

“Rep. Jewell Jones’ increasingly disruptive and distracting behavior in the months following his April arrest has eroded my confidence in his ability to conduct the people’s work,” he said. “That behavior hit a new low yesterday when he appears to have a bizarre attempt to escape from jail, potentially resulting in two new charges. Action must be taken to protect the public’s interest. I am now removing Rep. Jones from all House committees and encouraging him to use that time to make changes and take control of his actions. The Michigan House of Representatives will continue to make sure he has access to every service and every bit of support we have to help him on his journey. I sincerely hope he finally takes advantage of those opportunities and gets the help he needs. The people he serves are counting on him to do so.”

While it is not yet clear if there are plans to remove Jones from his seat, House Democratic Leader Donna Lasinski (D-Scio Township) also said Jones’ fellow Democrats will support him.

“Rep. Jones is facing an increasing number of serious charges,” she said. “Our priority is providing him with the support he needs to meet these challenges and stay healthy. We are focused on ensuring Rep. Jones has a fair pathway to accountability so we can move forward together.”

Ali Hammoud, a Dearborn attorney representing Jones, declined to comment to the Free Press regarding his removal from the committees.

Rep. Jewell Jones’ increasingly disruptive and distracting behavior in the months following his April arrest has eroded my confidence in his ability to conduct the people’s work. — House Speaker Jason Wentworth (R-Farwell)

Henry had asked for a high cash or surety bond due to Jones’ bond violations.

Jones’ bond was set at $100,000 cash or surety and Livingston County Magistrate Jerry Sherwood also ordered him to surrender any police items such as handcuff keys, batons and pepper spray, as Jones is an auxiliary police officer with the city of Inkster and a member of the National Guard.

In April, Jones’ attorney had told The Arab American News that Jones had no plans on resigning and according to Jones’ social media accounts at the time, he had still been actively involved in community events. Many of his posts from the last year have since been removed.