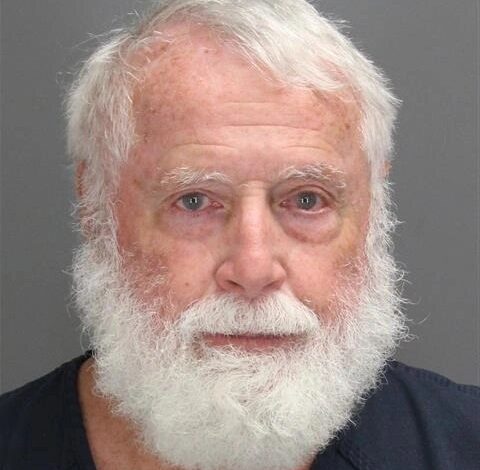 LANSING — A former priest in Oakland County has pleaded guilty to sex abuse in cases that stemmed from allegations of abuse in the 1970s.

The allegations involved three different victims who were between 13 and 15-years-old at the time.

A case against him was originally charged last year, with additional felonies charged this June.

During the time frame of the allegations, Berthiaume was a priest at St. Joseph Catholic Church in Wyandotte and later Our Lady of Sorrows in Farmington.

On Nov. 8, Berthiaume pleaded guilty before Judge Daniel O’Brien to two counts of second degree CSC, 15-year felonies, and pleaded no contest to one count of gross indecency, a five-year felony or $2,500 fine.

“This plea secures long-awaited justice for those who bravely came forward with their stories,” Attorney General Dana Nessel said. “My clergy abuse investigation team continues to work tirelessly to reach similar outcomes in our additional cases.”

Sentencing for Berthiaume is set for Dec. 20.

Since the investigation began in October 2018, 11 people have been charged in the Department of Attorney General’s Clergy Abuse Investigation.

In August, former Catholic school music teacher Joseph Comperchio was sentenced to 12 to 30 years in prison. In July, former U.P. priest Gary Jacobs received his second prison sentence of between eight and 15 years in prison.

Patrick Casey and Brian Stanley pleaded guilty in their cases in 2019.

Jacob Vellian, a former priest at St. John the Evangelist Parish in Benton Harbor, was charged in May 2019 with two counts of rape. His extradition from India is currently in progress.

Joseph “Jack” Baker, a pastor at St. Mary Parish in Wayne and an associate pastor at Sacred Heart in Dearborn and at St. Hugo of the Hills Parish in Bloomfield Hills, was charged with one count of first-degree CSC and is set for a review date on Jan. 24 in Wayne County Circuit Court.

Roy Joseph, a priest in Marquette, was charged in Marquette County with one count of first-degree CSC and his extradition from India is currently in progress.

Neil Kalina, a former priest at St. Kiernan Catholic Church in Shelby Township, will face trial for one count of first-degree CSC and two counts of second-degree CSC. He’s due in Macomb County Circuit Court on Jan. 18.

More than 4 million documents pertaining to dioceses across the state have been reviewed as part of Nessel’s ongoing clergy abuse investigation and more than half a million documents remain in the review stage.

To submit information that may assist, visit the Attorney General’s website or call 844-324-3374.