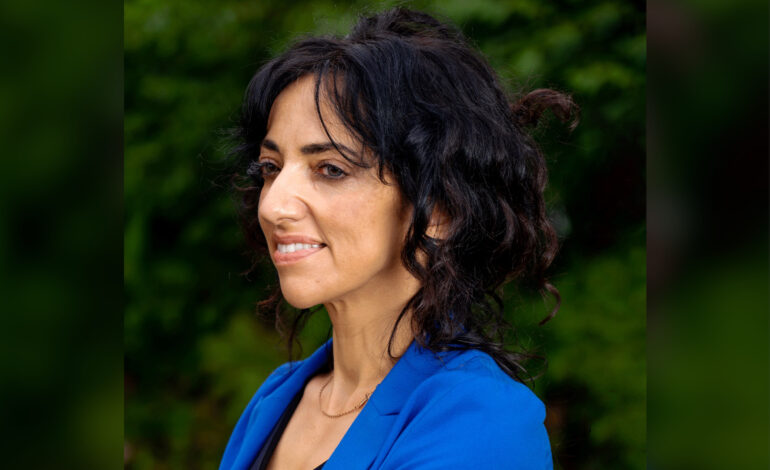 A Palestinian American has announced her campaign to represent Michigan’s 10th Congressional District.

Huwaida Arraf is a “working mother, human rights advocate, attorney and first-generation American,” says a campaign press release. She is vying for a Congressional seat in a state that is slated to see a reshaping of its political district lines.

The 10th District currently encompasses the “Thumb” region of the state, bordering Lake Huron. The district contains Huron, Lapeer, St. Clair, Sanilac and Northern Macomb Counties and has traditionally been Republican-leaning. It is currently represented by Republican Lisa McClain.

The district also encompasses the diverse and more urbanized city of Port Huron, home to several minority populations, with an almost 6 percent foreign-born population in 2019. Census and American Community Survey data also shows a sizable Arab population in that city.

The region, like others in Michigan, is poised to shift as a result of redistricting, with new district lines being drawn by Michigan’s Independent Citizens Redistricting Commission.

“The resulting fair, impartial maps present an incredible opportunity for a strong, organized campaign to flip this seat,” says the Arraf campaign’s release.

Arraf was born in Southeastern Michigan to a General Motors union employee father and nurse mother who both migrated from Palestine. She is a University of Michigan graduate, where she earned scholarships and “worked her own way through college.”

She earned her law degree at American University’s Washington College of Law, concentrating on International Human Rights and Humanitarian Law, and later moved home to Michigan to work as an attorney for several years at the Detroit-based Goodman Hurwitz & James, a prominent civil rights law firm.

Arraf has worked with a leadership development nonprofit and co-founded the International Solidarity Movement, a human rights organization doing work for Palestine and beyond. The organization was nominated for a Nobel Peace Prize in 2004.

“As the daughter of working-class immigrants and now a mom of two young kids myself, I know the daily challenges facing working people all too well,” Arraf said. “Michiganders today are working as hard as ever and can’t make ends meet as stagnant wages fail to keep up with the rising price of gas, groceries, housing, daycare and healthcare.

Arraf said Michigan families have been failed by politicians in Washington, D.C. “who care more about their corporate donors’ checks than they do Michiganders’ paychecks.”

“It’s clear that Washington isn’t working for us,” she added. “For far too long, politicians have let the wealthy and well-connected call the shots, leaving working people to fall further and further behind. I’m ready to fix that.”

Arraf is raising her two elementary school-age children with her husband, Adam, a human rights advocate and documentarian.