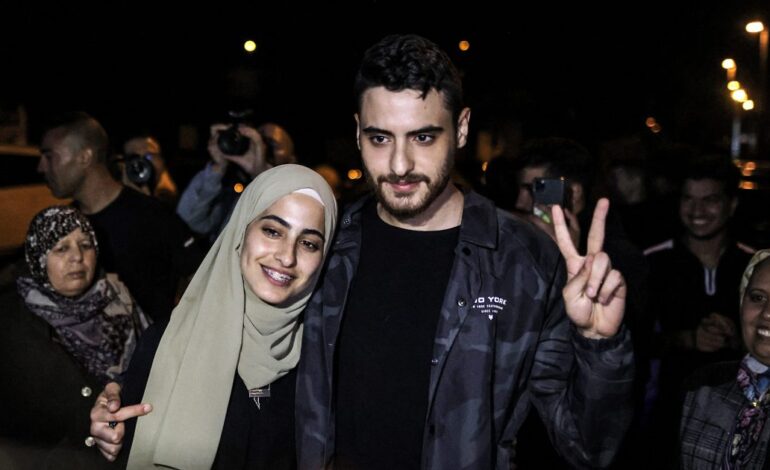 At a recent New York event, the president of the Foreign Press Association, Ian Williams, declared, before an approving audience, that it is time “to reclaim the narrative on Palestine.”

This phrase — “reclaiming the narrative” — is relatively new to the Palestinian discourse. Years ago, the concept, let alone its implementation, were quite alien: The pro-Israel crowd refused, and still refuses, to acknowledge that Palestinians, their history and political discourse matter; some in the pro-Palestinian movement relegated Palestinian voices as if they were simply incapable of articulating a coherent narrative.

For many years, I, along with other Palestinian intellectuals, raged against the misrepresentation and marginalization of Palestine and the Palestinians, not only by Israel and its allies in mainstream media, but also against the elitism that existed within the Palestinian movement itself.

Hearing Williams utter these words was quite satisfying. More important was the context in which these words were said. The event “Distant Voice No More? Giving Rise to a New Generation of Palestinian Journalists” was hosted by the new and vibrant organization Palestine Deep Dive (PDD) and co-hosted by the Foreign Press Association. The idea behind the inception of PDD is to challenge the common narrative that has permeated corporate media on Palestine and Israel for decades. This new organization has done an impressive job within a fairly short period of time.

The attendees included international rock star Roger Waters, who, over the years, has become an icon for the Palestine international solidarity movement, the same way that his songs, among them “Another Brick in the Wall”, symbolized global support for the anti-apartheid movement in South Africa.

At the same event, Columbia Professor and famed Palestinian intellectual and author, Rashid Khalidi, launched his book, “The Hundred Years’ War on Palestine: A History of Settler Colonialism and Resistance, 1917–2017.” He spoke about the history of Palestine and the significance of personal experiences in the Palestinian discourse. His talk was directed mainly at his target audience — young Palestinian intellectuals and activists.

Historically, the Palestinian narrative was denied altogether, as the Palestinian people, in the words of former Israeli Prime Minister Golda Meir, “didn’t exist.” When a people do not exist, their history vanishes, too, their culture is erased and, by extension, their political aspirations become irrelevant.

Young Palestinians were the center of the entire discussion, the likes of Mohammed El-Kurd, brother of Muna, both of whom continue to lead the popular resistance against the ethnic cleansing of the Sheikh Jarrah neighborhood in occupied East Jerusalem.

Actually, the growing awareness of the significance of the Palestinian narrative has been in the making for years. Before we consider the reason behind this position shift, we ought to remember why Palestinians were expunged from their own history and political reality in the first place.

Historically, the Palestinian narrative was denied altogether, as the Palestinian people, in the words of former Israeli Prime Minister Golda Meir, “didn’t exist.” When a people do not exist, their history vanishes, too, their culture is erased and, by extension, their political aspirations become irrelevant. Only Israel existed — and mattered — within western political and academic circles.

However, when Palestinians began registering in world consciousness as a people with a legitimate claim to freedom, they were not immediately endowed with all the rights and respect that a nation of such rooted culture, impressive history and unmatched courage deserved. They were still relegated, assigned the role of the “terrorist” and, occasionally, the hapless victim. The latter notion, in particular, had impacted the way that many sympathetic historians wrote about Palestine, corrupting even the perception of many genuine activists, who felt that they, not the Palestinians, are more capable of dismantling the Israeli Zionist propaganda. According to this thinking, Palestinians can only serve the role of the spectator, providing endless streams of photos, videos and tragic numbers illustrating their victimization.

Of course, there were exceptions. Powerful Palestinian voices such as the late Edward Said, Hisham Sharabi, Ghada Karmi and Khalidi himself, have insisted on the centrality of Palestine to the Palestinian discourse.

In mainstream Western media, Palestinians, too, made their occasional appearances, but only within acceptable limits and restrictive language. Palestinian Authority officials, dubbed “moderates”, represented the good Palestinian to CNN viewers and the readers of the New York Times. All others were deemed terrorists, radicals and extremists and, thus, completely ignored — though, plainly, they were much closer to the true aspirations of Palestinians, especially if compared to the corrupt PA elites.

Even those chosen few were eventually canceled out, especially during the Trump administration and, even now, under the Joe Biden administration. As long as there is no “peace process” to speak of, the token PA Palestinian is of no interest to the U.S. government and, therefore, to U.S. media. 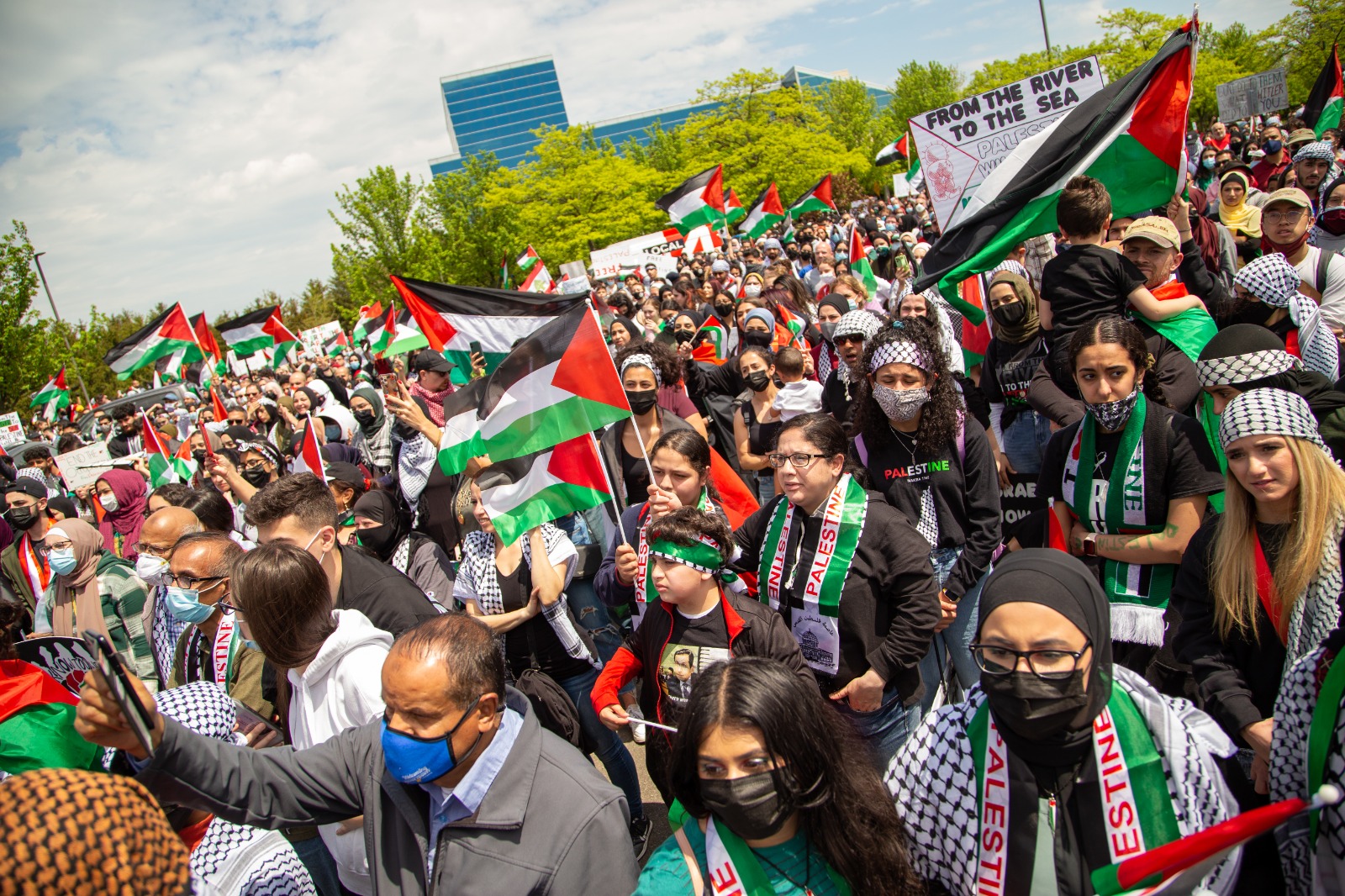 A rally for Palestine in Dearborn, May, 2021. Photo: Imad Mohamad/The Arab American News

The fact that we are now speaking candidly about the need to “reclaim the narrative on Palestine” and not being met by confused looks but by thundering applause speaks volumes about the paradigm shift underway.

The earth-shattering events in Palestine of last May must not simply be classified as just another Israeli war and another “round of violence.” They represented a paradigm shift in the history of Palestine, where the Palestinians emerged less factional and more unified than ever before. This unity can also be found in a new political discourse championed by Palestinian intellectuals worldwide.

The fact that we are now speaking candidly about the need to “reclaim the narrative on Palestine” and not being met by confused looks but by thundering applause speaks volumes about the paradigm shift underway. It is now the responsibility of young Palestinian activists to take the helm and to truly communicate the message of the Palestinian people as they continue to fight for freedom and justice.

This is not a mere intellectual exercise. Without that genuine and engaged Palestinian intellectual, the world’s priorities will continue to gravitate towards Israeli priorities, towards U.S. interests and their subsequent fraudulent language about “peace,” “security” and such. This misleading narrative must be entirely removed from the discussion on Palestine.

—Ramzy Baroud is a journalist and the editor of The Palestine Chronicle.