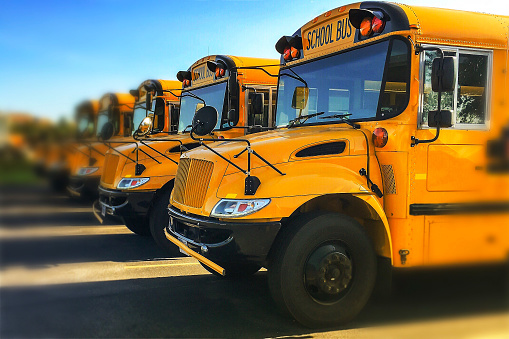 More than 60 schools statewide canceled classes for Thursday, Dec. 2 and many will be closed until Monday, Dec. 6 due to copycat threats

DEARBORN — In the days following the Nov. 30 Oxford School shootings that killed four students, schools statewide went into a panic over “copycat” threats.

On Dec. 1 at approximately 12:30 p.m., a 17-year-old Southfield Regional Academic student was arrested after police found him carrying a pistol in his coat pocket during school. The arrest came merely 24 hours after a 15-year-old opened fire at Oxford High School, killing four and injuring seven.

School resource officers brought the student out of class and after a search was done, police say a pistol was found in his coat pocket with three bullets in the magazine but no bullet in the chamber.

Police said this incident did not appear to be a copycat case and that the student had been carrying it for quite some time.

“Guns will get you in more trouble than they will ever get you out of,” Southfield Police Chief Elvin Barren said. “If you see something, say something. We have to know if there is a potential for danger.”

On Dec. 2, a girl was arrested and is awaiting charges after making threats against Stevenson High School in Sterling Heights.

It is ridiculous. You’re inflaming the fears and passion of parents, teachers and the community in the midst of a real tragedy. — Oakland County Sheriff Michael Bouchard

Police are still investigating the threat against Heritage Junior High, but a juvenile girl is responsible for the Stevenson High threats and is awaiting charges.

“We have confirmed that both threats in these incidents were deemed not credible,” police said in a release. “As we have in the past and as we move forward, every incident involving threats in our schools will be taken seriously and investigated, using every bit of resources available at the police department.”

Sterling Heights police said they are working with the Macomb County Prosecutor’s Office and that anyone who makes these types of threats toward schools will be prosecuted to the fullest extent of the law.

On Thursday, Dec. 2, more than 60 schools statewide had cancelled classes due to copycat threats, according to Oakland County Sheriff Michael Bouchard.

“If you’re making threats, we’re going to find you,” he said. “It is ridiculous. You’re inflaming the fears and passion of parents, teachers and the community in the midst of a real tragedy.”

He said that while tracking down so many threats is overrunning the department’s resources, every threat will be investigated and that while 60 schools in the area have closed, he estimates there have been “hundreds” of threats reported with none being credible so far.

“I don’t know what is in people’s minds to think after a real tragedy that it makes sense to make threats,” he said. “Regardless of the reason for the threat – to try to be funny or any other reasons, it will be investigated and we will seek criminal causes.”

Due to the number of threats, Bouchard has asked the FBI and Secret Service to help with the investigation and both have agreed to help the Oakland County Sheriff’s Office.

“A false threat of terrorism is a felony,” Oakland County Prosecutor Karen McDonald said. “It’s a 20-year felony and we will charge it and we will hold people accountable.”

These threats can also lead to misdemeanor charges of malicious use of a telecommunications device.

Bouchard said that some of the threats reported have included a 12-year-old mentioning shooting up a school while getting off the bus, recirculation of old threats and even screenshotting Snapchat stories from out of state.

While he said that he expects schools to reopen Monday, it’s their decision.

“Ultimately, what happens with whether they open or how they open is a school district and a school building choice,” Bouchard said. “We’re just doing everything we can to reassure them that we’re going to help them if they want to be there in-person, to do it safely.”

The school shooting in Oxford and the shooting at Humboldt High School in Humboldt, Tennessee, also on Nov. 30, marks 29 school shootings this year alone — 21 of which have occurred since August.