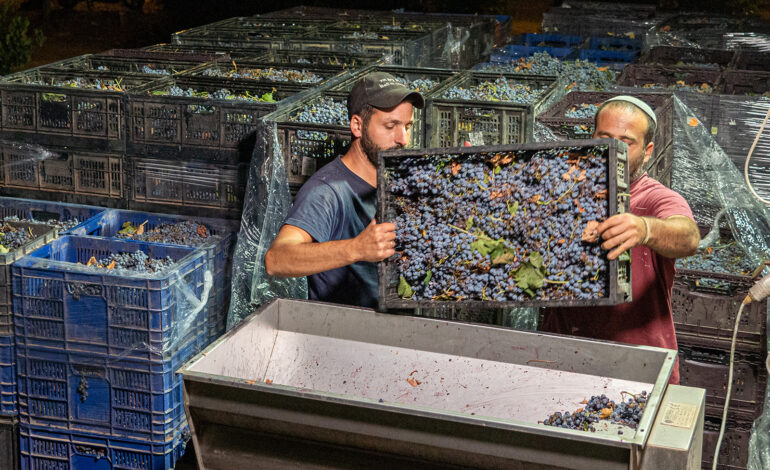 The Belgian government’s decision on Nov. 25 to label products made in illegal Israeli Jewish settlements is welcome, although it will ultimately prove ineffectual.

Belgium has historically shown solidarity with Palestine if compared to other European countries, for example, Britain, Germany and France. From the cancellation of trade missions to Israel to the effusive support by Belgian civil society, artists, scholars and ordinary people, Belgium has demonstrated the desire to play a constructive role in ending the Israeli occupation of Palestine.

Obviously, it will take more than symbolic solidarity and political statements to force Israel to respect international law, to dismantle apartheid, end the military occupation and grant Palestinians their freedom.

Belgium’s dilemma is the same across Europe. Whereas European governments insist on the centrality of the questions of democracy, human rights and international law in their dealings with Israel, they fail to carry out any meaningful steps to ensure Israel complies with declared European Union policies.

Belgium’s decision to differentiate between Israeli products made in Israel and those made in illegal Jewish settlements is not predicated on Brussels’ own legal frame of reference, but on several EU landmark decisions in this regard. For example, in November 2015, the EU issued new guidelines to ensure illegal settlement products are being labeled as such. In January 2016, the EU had reportedly “reinforced” its position that such products must be clearly labeled.

Belgium’s recent decision is but a belated implementation of various rulings that have been made in the past and were left unfulfilled by most EU countries.

However, little labeling has taken place since, a reality that compelled EU citizens, with the support of various civil society organizations, to challenge the failure of the European political establishment by appealing directly to EU courts. In November 2019, the EU’s top court, the European Court of Justice, ruled that products from illegal Israeli settlements must provide an “indication of that provenance (allowing consumers to make) informed choices.”

Namely, Belgium’s recent decision is but a belated implementation of various rulings that have been made in the past and were left unfulfilled by most EU countries.

Instead of showing complete support of Belgium and initiating their own process of implementing the EU Court’s ruling, most European countries remained silent as Tel Aviv raged against Brussels, claiming that the decision is “anti-Israeli”, alleging inaccurately that it “strengthens extremists.”

As soon as the Belgian government’s decision was reported in international media, Israel threw its usual tantrum. Deputy Foreign Minister Idan Roll immediately canceled a scheduled meeting he had with Belgian officials, compelling the Foreign Ministry’s office in Brussels to justify and further clarify its position.

Expectedly, the Palestinian Authority, Palestinian rights groups, civil society organizations and many individuals commended Belgium on its courageous position, which is akin to other such positions adopted in the past by countries like Ireland, which, in May, became the first EU country to execute such a measure.

The prevailing wisdom behind such euphoria is that such steps can serve as a prelude to other practical steps, which could ultimately generate the needed momentum for a full European boycott of Israel. But is this, indeed, the case?

Judging by the European division on labeling products made in illegal settlements, the clear distinction between settlements and “Israel proper” and the exponentially growing trade between Israel and the EU, one must be cautious not to jump to premature conclusions.

According to European Commission figures, the EU is Israel’s biggest trade partner, with a total trade value of €31 billion in 2020.

More important than trade is that the EU has been the main access point in integrating Israel into a larger global dynamics of politics, economy, security and even culture, music and sports. While European trade with Israel is facilitated through the EU-Israel Association Agreement of 1995, integrating Israel into Europe is managed largely through the European Neighborhood Policy Action Plan (ENP) of 2004. The latter agreement, in particular, was aimed at offsetting the delegitimization of the Israeli occupation and apartheid in Palestine achieved by Palestinians and their supporters.

It would be implausible to believe that the EU, which has made a strategic choice to legitimize, integrate and normalize Israel in the eyes of Europeans and the rest of the international community, can also be the very entity that holds Israel accountable to its obligations under international law.

It must also be remembered that even if all European countries decide to label settlement products, that alone will not deter Israel, especially since the EU will do its utmost to make up whatever trade deficit resulting from that move.

Moreover, any symbolic or even real pressure applied by the EU is often carried out within the framework of the European stated desire for a two-state solution in Israel and Palestine. While it is true that such a “solution” remains the only one ratified by the international community, the complexity of the problem, common sense and “facts on the ground” tell us that coexistence in one democratic secular state remains the only practical, possible and nominally just end to this protracted tragedy.

EU trade, political validation and cultural integration of Israel have allowed the status quo of the seemingly endless occupation of Palestine to continue. No amount of labelling of products from Jewish settlements will, on its own, reverse this.

Despite the articulate and even unambiguous statements by the EU regarding the illegality of the Israeli occupation, it is obvious that the Europeans do not have an actual strategy on Palestine and Israel. If such a strategy exists, it is riddled with confusion and contradictions. In truth, Israel has no reason to take Europe seriously.

It is easy to accuse the EU of hypocrisy. However, there is more to the EU’s conduct in Israel than hypocrisy, arguably resulting from the lack of political unity and a shared vision among EU members. The EU is, in fact, helping sustain the Israeli occupation, financing it either directly or indirectly. EU trade, political validation and cultural integration of Israel have allowed the status quo of the seemingly endless occupation of Palestine to continue. No amount of labeling of products from Jewish settlements will, on its own, reverse this.

While Belgium’s position, on its own, is praiseworthy – as it reflects the ceaseless activism and pressure of the country’s own civil society – it should not be seen as an alternative to a courageous political and moral position, similar to the one taken during the anti-apartheid struggle in South Africa. Until then, Europe is obligated to demonstrate its willingness to stand on the right side of history.