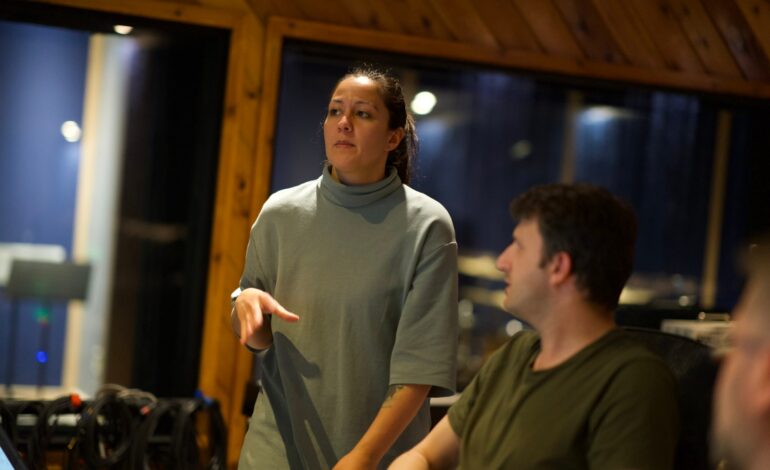 DEARBORN — Dearborn native Ameera Husein and Ver Novum —the band for which she sings lead — released their first album together on Friday, Dec. 17.

Husein, a first-generation American and the daughter of Palestinian and Algerian parents, had been singing independently for about seven years before joining Ver Novum.

In 2018, composer and guitarist Kris Magnuson and bassist Quinn Jacobs met while studying composition at the University of Toronto and laid the groundwork for songs inspired by Emma Ruth Rundle’s music and then arranged the songs for a female vocalist.

In 2020, Magnuson found Husein online and heard a couple of songs that she had put out and felt she had the soulful voice he was looking for for the project.

Magnuson also recruited drummer Tony Kazel from Cleveland for the project and the four began recording in April at Lava Room Recording in Beachwood, Ohio, but due to the pandemic, Jacobs was forced to record remotely from Toronto.

While Husein has been active in the music scene and has released solo work, this is the first time she’s released an album with a group.

“This is the first project I’ve been a part of with a full set of professional musicians,” she said. “It was hard being the first person to sing these songs and not having written them myself.”

After months of working on the album, they wrapped everything up in November and their album, “A Tacit Accord”, and was released independently and digitally via Stretto Records on Friday, Dec. 17.

“If you really want to do something, you have to work for it,” Husein said. “You have to educate yourself, otherwise you’ll wander aimlessly. Dedicate yourself to whatever you want to do and immerse yourself in it. Education and dedication are key and it’s a lot of work.”

Husein also said that a lot of people assume that by being in music, you’re famous and that’s not always the case.

“Some of the greatest voices in music will never be heard,” she said. “It’s cool to be on this side of musicianship. A lot of the album is surrounded by mental health, which is not really talked about, and waking up to realities of history and mental health.”

The album is available for purchase on the band’s website at www.vernovumband.com.